‘We have to stay on track as other teams don’t sleep’: Jurgen Klopp aims to create a dynasty as he pens new four-and-a-half year deal at Liverpool

Jurgen Klopp is ready to create a dynasty after he signed a new contract that will keep him at Anfield for the next five years.

Liverpool’s owners Fenway Sports Group made it clear to Klopp as long as 12 months ago that they were willing to give him virtually whatever terms he wanted and reinforced that message to him following the Champions League triumph in June.

Klopp’s old contract, which was signed in June 2016, still had two and a half years to run but the fresh contract will keep him at Anfield until June 2024. 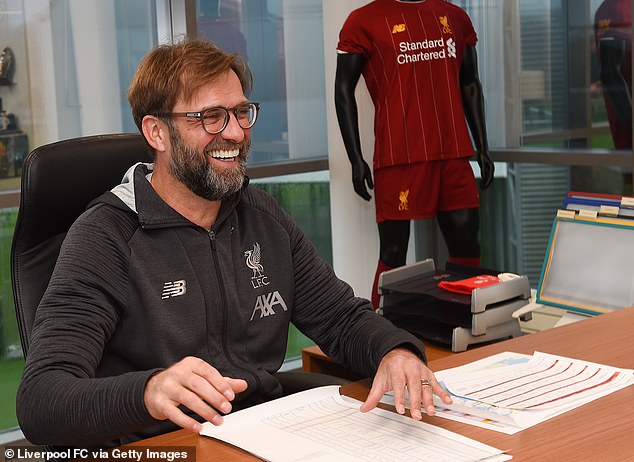 On a busy day for Anfield officials, James Milner — who would have been free to open talks with foreign clubs from January 1 — also signed a new deal that will keep him on Merseyside until June 2022.

Should Klopp see out his deal, he would be Liverpool’s longest-serving manager since Bob Paisley led them from 1974 to 1983.

Mike Gordon, FSG’s president, flew into Liverpool from Boston to oversee the completion of the contract and stayed at Klopp’s house in Formby on Thursday.

It is a major boost for the Premier League leaders, who face Watford this lunchtime, and the German predicts a bright future.

‘This team will always be the core set, the basis for all other teams following,’ said Klopp, whose trusted assistants Pep Lijnders and Peter Krawietz were also rewarded with five-year deals. 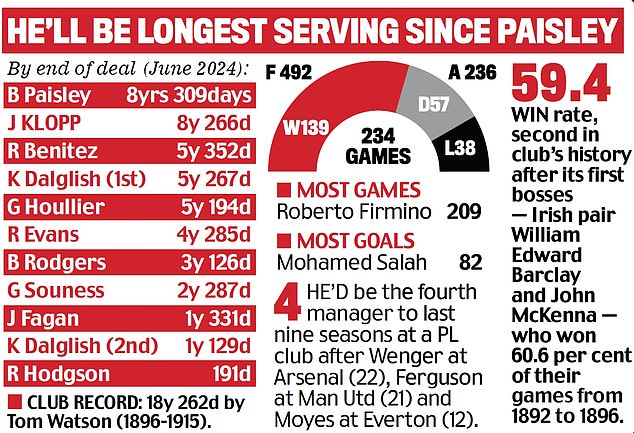 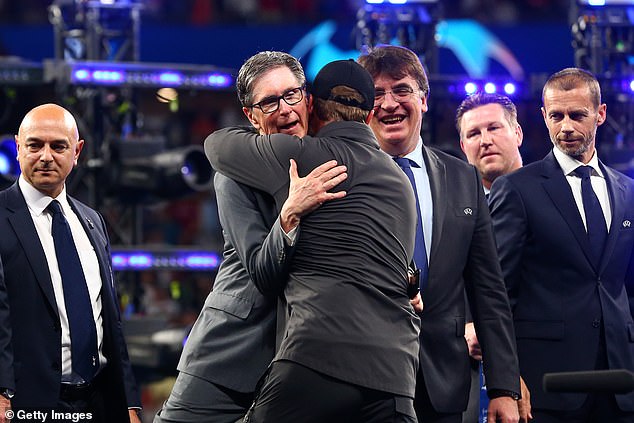 ‘There is no need to make the same number of changes that we made in the last four and a half years in the next four and a half years. Absolutely not. This is an outstanding team and we never could have imagined we could get a group like this together but of course there will be things. A player might want to leave which is OK, then we have to bring in the right replacement. To keep the level we are on we have to be really on our toes.

‘You need to change sometimes a little bit and that is what we will do. This squad is outstanding, we all love it, but we have to stay on track as other teams don’t sleep. So we don’t sleep.’

There is no indication how much Klopp will earn — FSG have favoured heavily incentivised deals — but the club and Klopp’s agent Marc Kosicke have had a strong relationship from his appointment in October 2015 and the terms will be significantly more than his old £7million-a-year deal.

The strides Liverpool have made since he came in have been remarkable — they were eighth in the table for his first game, now they are eight points clear — but Klopp is already thinking about how the team can maintain their development and get even better. 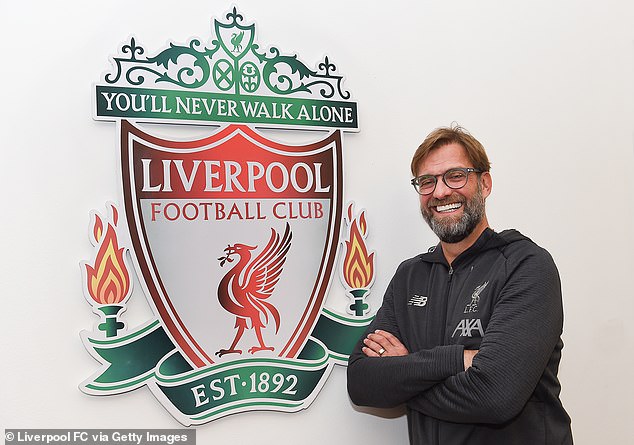 ‘This contract is very good news for all the young players in the academy,’ said Klopp. ‘I know the boys already who are in now like Curtis Jones and Harvey Elliott. Harvey turns 21 when my contract ends! That is all great news for these boys.

‘We want to use them. We want to involve them in the team and all that stuff. Understanding the culture of the club more and more made the decision at the end really sensationally easy. Just to say, “That’s right — let’s do it!”

‘I feel the club is in a good place and we have the chance to develop. It’s done and I am really happy.’

The news about Klopp completes a fruitful 24 hours for Liverpool, who have been in negotiations with Red Bull Salzburg to agree the £7.25million signing of Takumi Minamino.

The 24-year-old Japan winger will join on January 1, subject to him passing a medical. ‘A very good player but there is nothing else to say on that,’ said Klopp. ‘We only talk when any transfer is sorted.’ 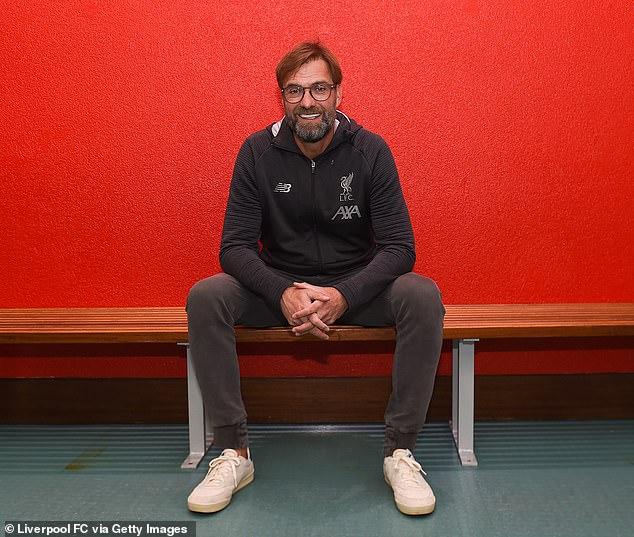 The German, who penned a new deal in June 2016, had two-and-a-half years left to run on that