Tottenham boss Jose Mourinho has delivered a definitive transfer statement on Harry Winks’ future at the club. Winks was brought into the first team set up during Mauricio Pochettino’s time in charge with the midfielder establishing himself as a key starter.

And that trend continued under Mourinho during his first few months in the charge, with the England international even being given the captain’s armband against Wolves back in March.

However, the 24-year-old has been sparingly used in comparison this season, starting just five Premier League games.

Winks was not even brought on as a substitute for eight consecutive league fixtures, although he has started the previous two.

But Winks’ lack of regular minutes this campaign has led to speculation over his future at the club.

JUST IN: What channel is Tottenham vs Fulham on? TV, live stream and kick-off 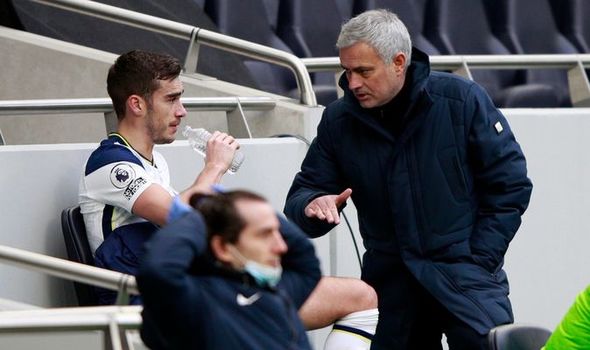 Valencia have reportedly registered an interest in signing Winks on loan and speaking last month, the midfielder admitted his current situation at the club was making it “difficult” heading into the European Championships this summer.

“Definitely, my situation at Tottenham is difficult at the moment,” he said.

But Mourinho has attempted to lay to rest any chance of Winks leaving this month, insisting the midfielder remains part of his plans.

And the Spurs boss also made it clear that rumours coming out of other clubs suggesting they’re interested in Winks are wasting their time.

“So when I say he’s going nowhere, what more do you want me to say?

“He’s played the last matches. He didn’t play the last one, was a decision to let other players like Gedson and players that are not basically playing many minutes. 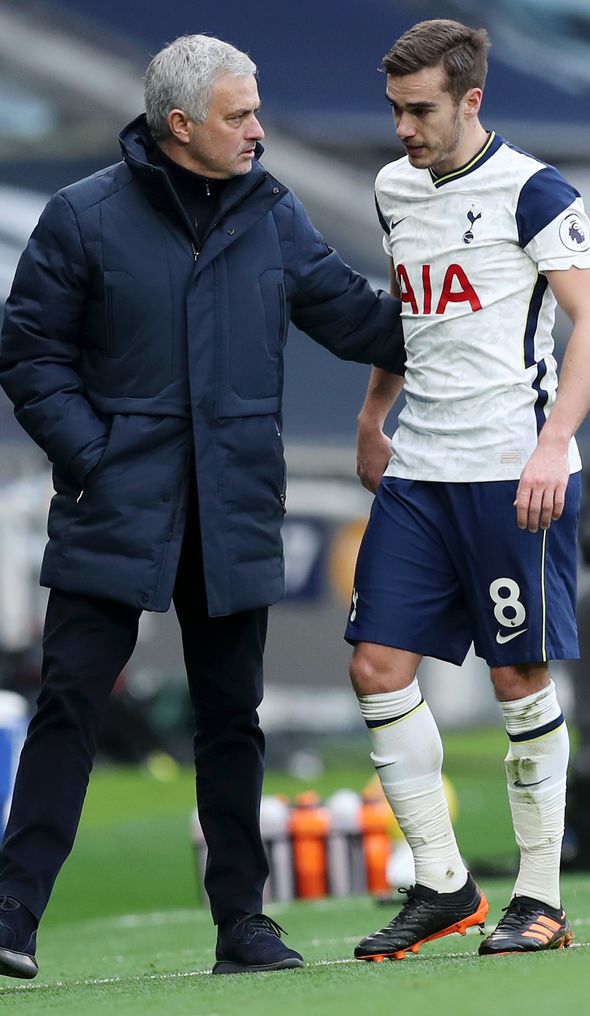 Tottenham were originally scheduled to face Aston Villa on Wednesday but that match was postponed due to the coronavirus outbreak at the midlands club.

But in a fixture reshuffle on Monday, the Premier League announced that Tottenham would instead face Fulham.

The Cottagers were originally set to face Tottenham on December 30 before the match had to be postponed just hours before kick-off because of a coronavirus outbreak at Fulham.