Jonathan Woodgate was at Real Madrid, won England caps and played in the Champions League, but nothing in his career has so far felt better for him than leading out his hometown club as a manager.

The former defender took charge at the club in the summer following the departure of Tony Pulis, whom he had previously served under as a coach for 18 months. Born and raised in the Boro, he understands the importance of the club to the town.

“Just getting the job in the first place made me immensely proud,” Woodgate told Sky Bet. “To be the manager of my hometown club, who I have supported since I was six, it is a massive achievement for me.

“I’m looking after the full shop now, being the main man, and it is just an incredible feeling to watch your team play, especially on a matchday when you’ve got your own fans behind you. It’s a feeling of pure satisfaction.

“When I was a player the responsibility was huge, but this is far bigger. You’ve got the responsibility of the whole town and everyone is looking at you. You walk to the shops or go to the butchers and it’s everywhere, there is no getting away from it and it is constantly in your face. But I am really enjoying it and relishing the challenge.” 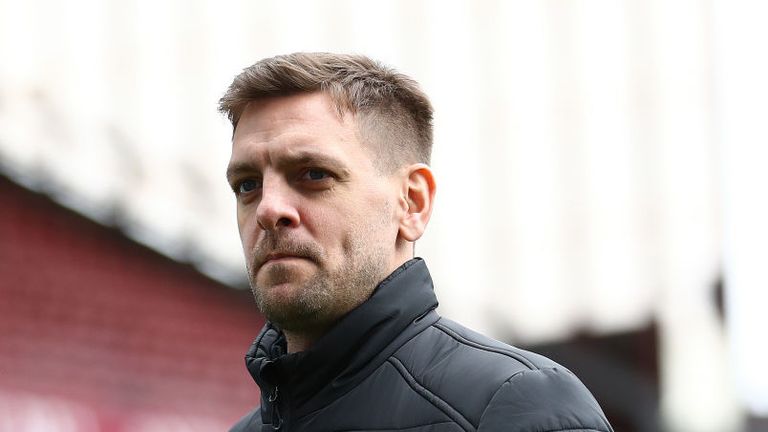 Woodgate, in the latter stages of his career, had a brief spell at Stoke in the Premier League under Pulis. He played for some incredible managers in his career, but credits the former Boro and Stoke boss as one of the best.

“When I joined Stoke as a player I thought I was the bee’s knees turning up there,” says Woodgate. “Don’t get me wrong, I was still a normal lad, but I thought I knew everything about defending at that point.

“Then I spent a year with Tony and what he taught defensively, in terms of structure, organisation and what he could get out of a group of players, was unbelievable. It was fundamental in me wanting to be a coach and a manager.”

Woodgate also credits Pulis as playing a big part in his rise to the top job at the Riverside Stadium.

“It didn’t feel awkward because I had his backing,” the former defender continued. “He had spoken to me previously saying if he did go he would push me because he thought I could do it, and that was massive for me.

“He is a top man, he would let me take shape sessions, which was a rarity for him because he was so hands-on, and would let me have meetings with players. He really pushed me into it.” 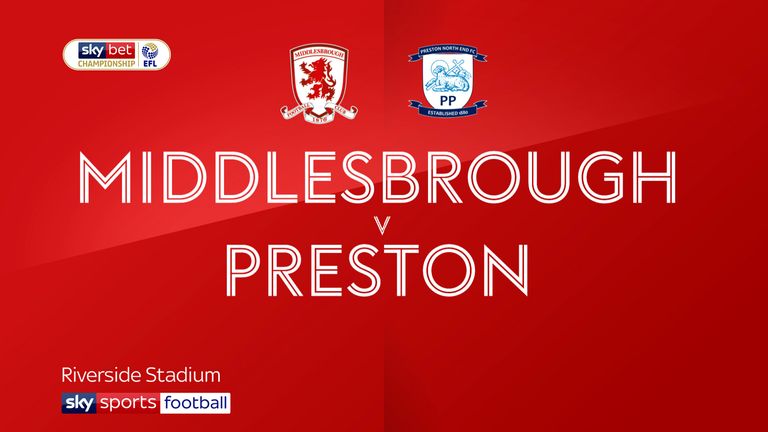 There is one previous manager, however, who Woodgate will never forget. The late Sir Bobby Robson, who brought him to Newcastle in 2003, shone through with his enthusiasm and how he managed his players as people.

“I try and take the good bits from all my different managers,” said Woodgate. “Bobby Robson’s man-management capabilities, for example, in how he interacted with his players and how he made you feel, were second to none.

“Even at 70 he would be on the training pitch doing drills and showing us how he wanted them done. He had so much enthusiasm day in, day out. If you weren’t playing well he would bring you into his office, but then as you were walking out he would make you feel how good you were again.

“If you can get the players playing for you then it is a massive thing.” 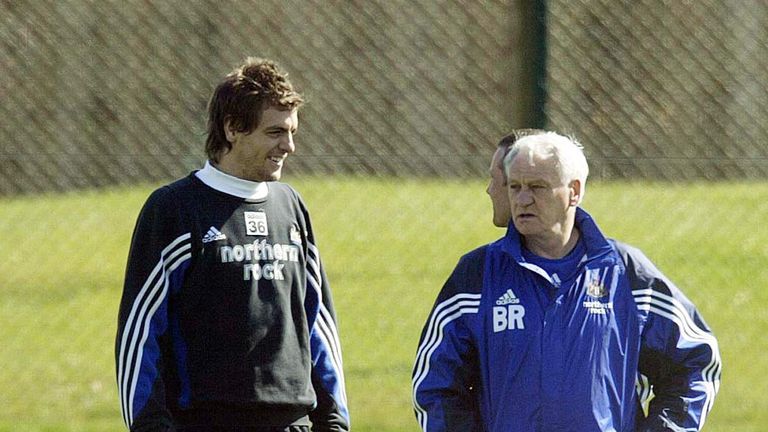 Middlesbrough’s effort and endeavour this season can hardly be faulted, but results so far haven’t been great under Woodgate. Just 10 points have been picked up from his first 10 games.

But does he feel extra pressure because of his connections with the area? He admits it does play a part, and can impact his life at home, but he also knows that if he does find the solution for success then it will mean all the more.

“I’ve never managed anywhere so this is all I know, but the pressure is big,” he said. “I try not to take it home with me but sometimes it is difficult. I’ve got a seven-year-old boy and a three-year-old girl, but sometimes when that phone rings you have to answer it, and then it can be on your mind for the rest of the day. Then you go to the shop and someone is talking to you about it all.

“I try to be as normal as I can, me and [former footballer and friend] Graeme Lee still take my boy’s team. He is the manager and I’m his assistant!

“I know I am in a really privileged position, I’ve been a player and now I’m the manager of the football club. So I try to give back to the kids and grassroots football in Middlesbrough, it is a disadvantaged area and success here is really hard to come by. It’s an immense feeling.” 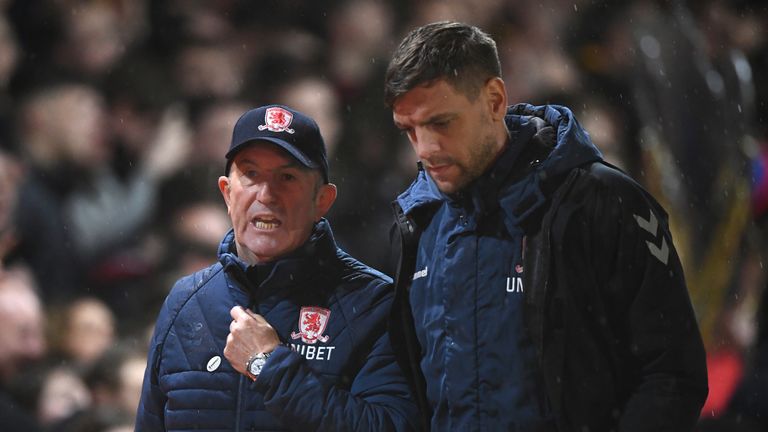 Woodgate also knows how lucky he is to have a chairman in Steve Gibson who will show patience with him. He is a young manager at just 39 and he knows he will make mistakes.

“It’s all a learning process, but I am at the start of my journey and I need time with it, and I think I will get that from our chairman, which is the biggest thing,” he said.

“We’ve also got a player [Dael Fry] who has captained the side and came from the academy. He played here from U8s and is from a council estate in Middlesbrough. These are important foundations for the club.

He hopes that his connections with the club, where he also spent the final four years of his playing career, will give him the patience from fans that he feels he needs to take Boro back to where they belong.