Ever since John Stones regained his place and impressed at the heart of a Manchester City defence bearing down on the Premier League title, he has had to listen to talk regarding a potential return to the England set-up. Stones, though, refused to believe any of it.

“I had worked so hard and I was hearing people say “you should be in”,” he recalls from St George’s Park. “But I didn’t take any of that in until the text arrived. I wanted to hear from the source.”

Stones admitted to being “very nervous” as he sat at home before last Thursday’s squad announcement, waiting for his phone to light up with a message from Gareth Southgate. “Time goes a bit slower when you are sat about waiting for something to happen.” Eventually, it arrived. “I was absolutely made up,” he says. “It was a special moment. A really special moment.”

This time last year, even once the European Championships were postponed due to the pandemic, Stones’ chances of representing his country in an international tournament again appeared remote.

Those odds only grew longer last summer when City spent more than £100m on two players in his position – Nathan Ake and Ruben Dias, with the latter arriving for a club record £64.3m – who were expected to slot underneath established first-choice Aymeric Laporte in Pep Guardiola’s pecking order.

Stones, who was even behind wantaway teenager Eric Garcia in the food chain, understood why City had to strengthen. “I believe that as a club and a whole organisation we need to keep evolving and striving to be better,” he says. At the same time, he rose to the challenge.

“Those players coming in – and taking nothing away from them and how well they have done – it was added motivation to step up and prove my worth. I went away and did all the things that I needed to do.”

Stones worked on all aspects of his game, training harder and longer, with renewed application and a clear focus: to win back his place for both club and country. “I saw it as a challenge – a challenge to fight and a new challenge to retain that spot. I think I wanted to prove it to myself more than anyone else. Proving to myself was more satisfying to do.”

The turnaround has been extraordinary. After impressing as part of rotated City line-ups in domestic cup competitions and Champions League group games, Stones has reestablished himself as one of Guardiola’s two first-choice centre-halves while showing a composure and aggression that his game previously lacked. Remarkably, City have only conceded six goals during Stones’ 2,103 minutes on the pitch this season.

“There was no one specific thing which changed,” he says, when asked to pinpoint the difference between now and last season, having made just two starts for City during the Project Restart, both in dead rubbers. “I think it was almost maximising the things I was already good at and seeing if I can get even better.

“I didn’t try and over-complicate things and think too much outside the box in respect of ‘if I get a chance what do I do with it?’ Just take it, and enjoy it, it’s something that I’ve always done and I believed in myself, I’m sure you’ve heard me say that before. I had a clear focus and a clear mind-set of what I wanted and what I thought I could achieve.”

This week’s focus is on earning his first England cap in 16 months against San Marino at Wembley on Thursday night and Stones’ return to the international fold may even force Southgate into something of a tactical re-think.

Though the England manager appeared set on a 3-4-3 formation during the autumn, he is expected to experiment with different systems and four at the back during this final meet-up before the finals. The option of Stones alongside Harry Maguire as a centre-back pairing is thought to be an attractive one.

That, of course, was the partnership for the Nations League semi-final defeat to the Netherlands in 2019, when Stones’ ill-fated pirouette on the edge of his own penalty area led to Quincy Promes forcing a Kyle Walker own goal in extra time. It was a costly mistake – Stones has only won one cap since – but believes he is a better player for it.

“I think those things make a huge impact on you in a positive way if you look on them in the right direction. I looked at it and thought I am not going to let this get to me or have an impact on my career. 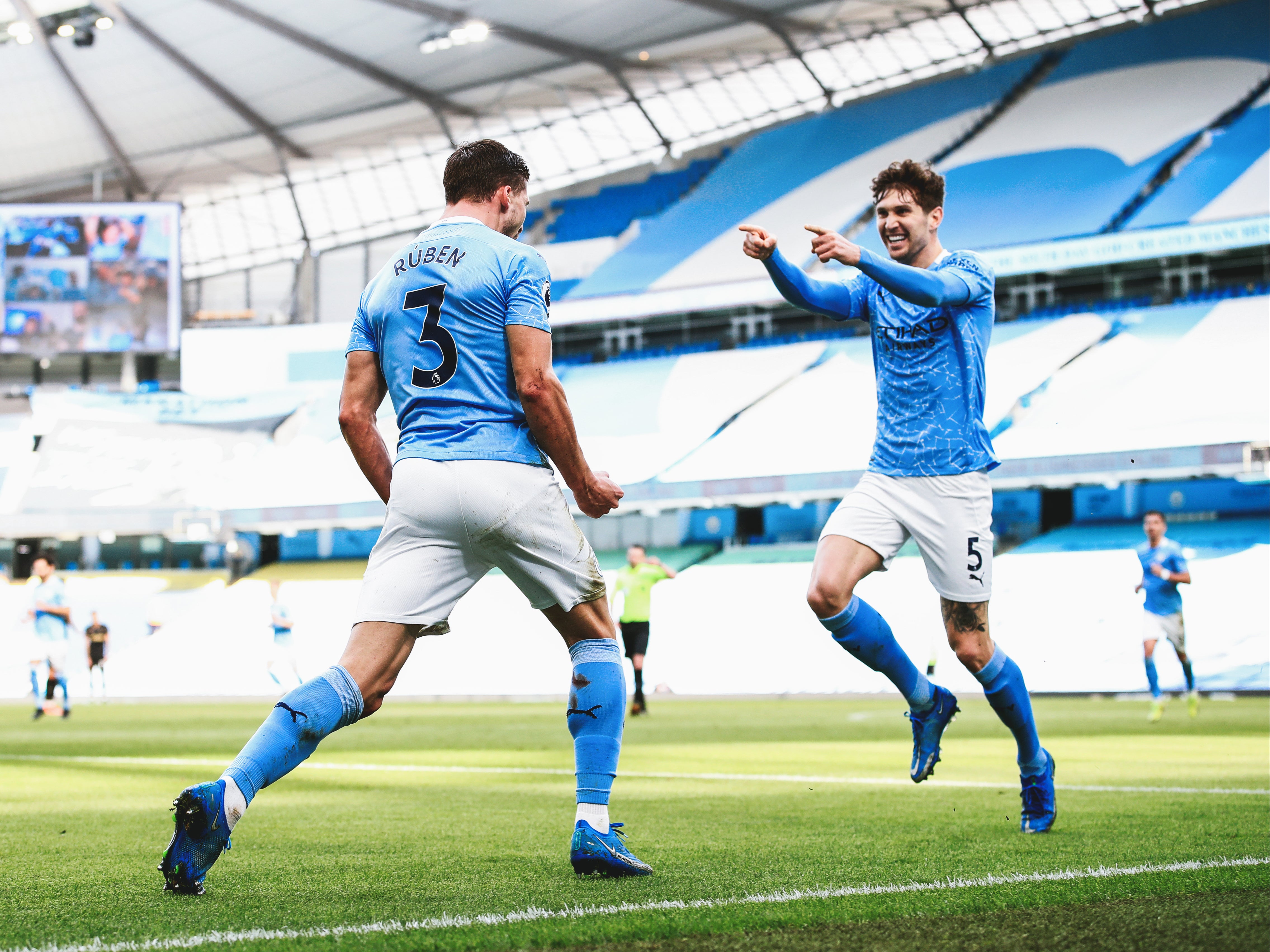 “Everybody makes mistakes and I wanted to bounce back and I felt I did when I got called up after that Nations League game and put things right and back to what I can affect. How I can help my team and how I can help myself. Then it has been a long time since I put an England shirt on again and hopefully this week I can do that.”

He is not the only member of this squad to have forced his way back into Southgate’s thinking. Luke Shaw’s performances on the other side of Manchester have earned a recall, while Walker and Kieran Trippier – two of Stones’ fellow 2018 World Cup semi-finalists – have fought off fierce competition for the right-back position and left Trent Alexander-Arnold with work to do.

“I think it shows the character of the players, first and foremost,” Stones says. “The desire to come back here and be in this set-up. And the quality as well. I think we forget how much we have in this England set-up and for the lads to produce that and have the determination and character to go out and show their quality to earn another call-up and be back here.”

That can only serve him and the others well if they make the final cut for this summer’s tournament. “The World Cup experience, all big games all of us have played in, played a major part in a players’ character so it is credit to us all for stepping up or changing things, evolving into the people we are today and having that passion to be back in an England shirt.”