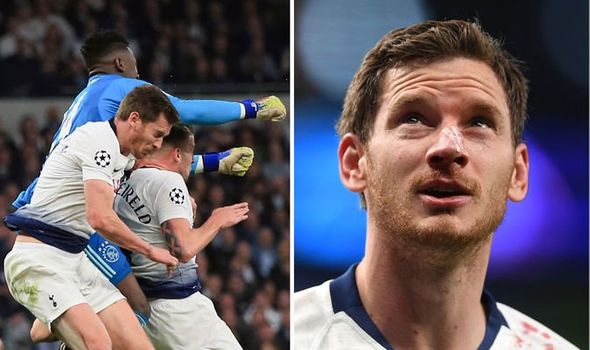 The Tottenham defender has passed his post-match concussion tests, signifying that he did not suffer a concussion during the match.

During the first half at Tottenham’s new stadium, the Dutchman rose to meet Kieran Trippier’s lofty free kick, when he collided with Toby Alderwiereld.

Spurs immediately sent members of the medical team onto the pitch, but surprisingly it was decided that the defender could continue.

After being sent back onto the pitch, Vertonghen appeared to stagger and was subsequently brought off.

As he walked down the tunnel, it looked like he had taken a turn for the worse and had to be held up by manager Mauricio Pochettino.

According to HLN reporter Kristof Terreur, Vertonghen had passed all concussion tests after the game but will be subject to further examination tomorrow.

He also confirmed that the defender had not suffered any broken bones, after it was initially feared he could have broken his nose.

“There is nothing broken, no concussion. I just fainted,” Vertonghen told reporters as he walked through the mixed zone. 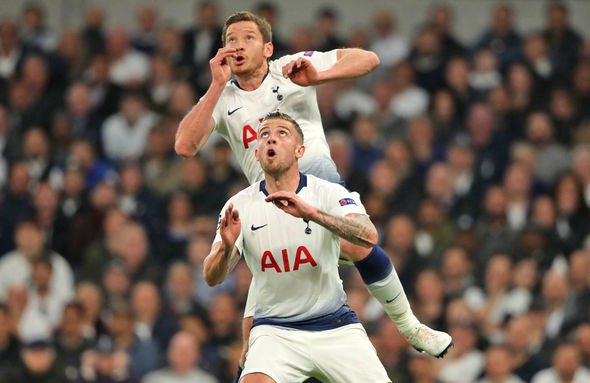 Speaking to reporters after the game, Pochettino defended the decision to allow the star to return to the pitch after the injury.

He insisted that it was not his decision, rather that of the referee and pitch-side doctors.

“I was not involved. That was the doctor’s decision,” he declared.

“I think it’s so important that the rules and the protocols are there. Our medical staff followed the protocol. 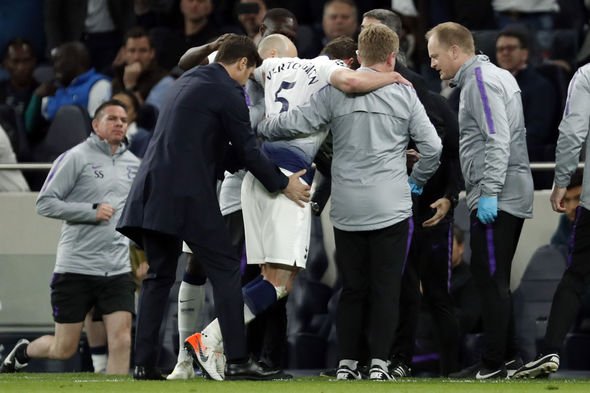 “I was never involved. The decision was the doctor’s.

“The referee asked, and the action we needed to take him out because he did not feel well.

“He has walked out of the stadium now. Hope that he is well, you need to keep eyes watching him and monitor him because it was a big knock but. At the moment he is okay.”