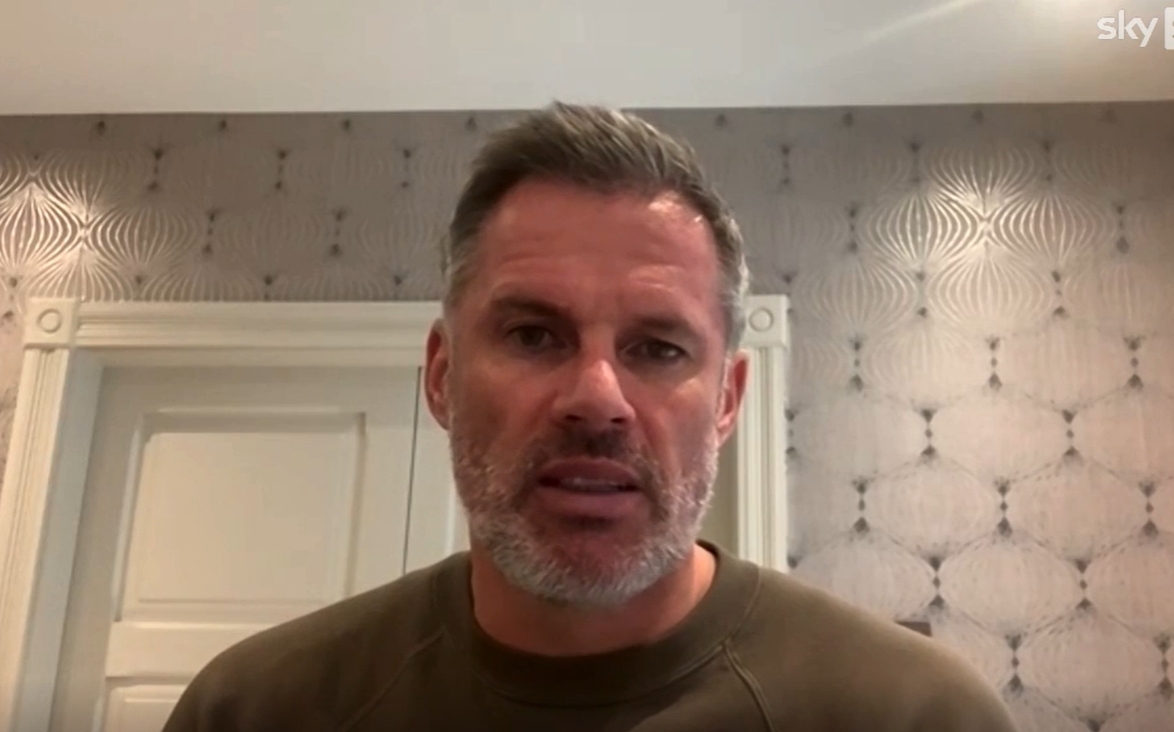 Jamie Carragher believes up to eight teams could win the World Cup and has revealed his ‘big concern’ for England.

All 32 teams in Qatar have now taken to the pitch, with the likes of England, Spain and France impressing and Argentina and Germany suffering shock defeats.

Netherlands and Ecuador are joint-top of Group A having beaten Senegal and Qatar respectively.

England, semi-finalists in 2018, thrashed Iran 6-2 last time out and now turn their attentions to Wales, who drew 1-1 with the USA.

Saudi Arabia produced one of the great upsets to go top of Group C, with Poland and Mexico also ahead of two-time winners Argentina, one of the pre-tournament favourites.

World Cup holders France made a strong start in Qatar, beating Australia 4-1, while Denmark were held to a 1-1 draw by Tunisia.

Spain also looked in fine form as they smashed Costa Rica 7-0, but Germany face an uphill battle to make the knockout stages after losing to Japan.

Belgium top Group F ahead of Croatia, Morocco and Canada, while Brazil outclassed Serbia to join Switzerland on three points in Group G.

Portugal are bidding to win their first World Cup and beat Ghana 3-2 in their opening match as Cristiano Ronaldo became the first male player to score in five different World Cups.

Giving his verdict on the 2022 World Cup, Carragher told Sky Sports: ‘Whenever you go into a World Cup, you always feel only two or three teams can win it, but the fact that it’s a different World Cup in the middle of a season without warm-up games… there doesn’t feel like there’s one outstanding team in this era in the same way we’ve had Spain and France before.

‘France have the best individuals and the best squad, but they’ve had so many injuries so you feel that might eventually affect them.

‘England are in a group of six to eight teams who on any given day could beat each other. I feel it could be really open.’

Carragher described England’s 6-2 thrashing over Iran as ‘very impressive’ but admits he fears the Three Lions are over-reliant on star striker Harry Kane.

‘I think it would be a big concern [if Kane couldn’t play] and I don’t think that’s being too disrespectful to the other strikers in the squad as there is a big drop-off to the other players behind Kane,’ the former Liverpool and England defender added.

‘Over the last five years, Kane has been a world-class striker. He was the top goalscorer in the last World Cup and he’ll be looking to do the same by getting off the mark against the US.

‘We all know that Kane is one of the first names on the team sheet and the back-up behind him leaves him a bit weaker.

‘If Kane was to miss two or three games in this tournament, it would be a huge problem so it’s vital we’ve got him back at 100 per cent fit.’