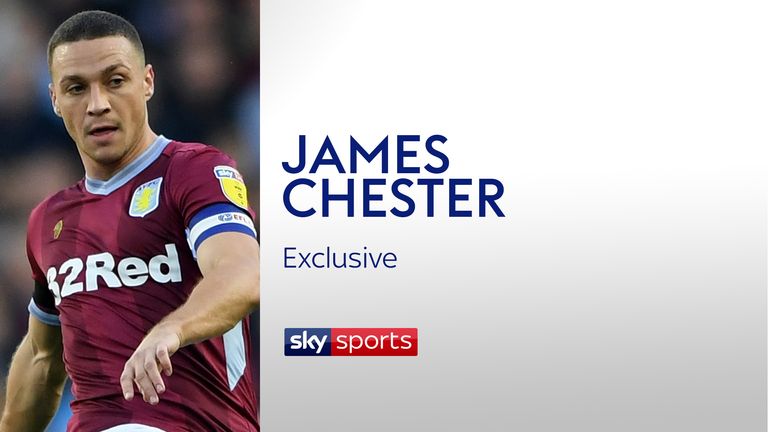 It’s not been an easy season so far for Aston Villa and James Chester.

A summer of unrest has transferred onto the pitch. The club are languishing in the bottom half of the Sky Bet Championship table and last month replaced manager Steve Bruce with Dean Smith.

Chester was linked with a move away in the summer but ahead of Aston Villa’s clash with Bolton on Friday night, which is live on Sky Sports Football, he insists it was always his intention to stay.

“I never wanted to leave,” said Chester. “I think the situation the club found itself in was dictating of [a potential move].

“It’s always nice to have interest in you but the most difficult part for me was that I may have had to make a decision I didn’t really want to make. I’ve loved my time at Aston Villa and I wanted that to continue for a lot longer.

“I don’t think I appreciated how big Villa was until I came and signed here. It’s got one of the biggest fanbases in the country and they take thousands away from home. The history of the club is huge, it makes his period even more difficult after seeing what the club has achieved in the past.”

Chester also admits he feels a little bit of a personal responsibility after seeing Bruce lose his job. The 29-year-old had played under him at Hull for several years as well before linking up with him again at Villa Park.

“It was a shame because I played for him here and at Hull City for a long time,” continued Chester. “He’s done a lot for me on a personal level so it was hard to see him leave, and you almost feel that extra bit of responsibility having known him for so long.

“We started the season really well, definitely the best since I’ve been here. But then the odd decision or result didn’t quite go our way and the atmosphere around the club changed a little bit. It was probably too far for Steve to turn it around.”

New boss Smith got off a to dream start with Villa as they beat Swansea in their first game. But two away trips to Norwich and QPR followed and both ended in defeat.

Heading into the weekend Villa are 17th in the table and closer in terms of points and position to the bottom three than the top six. Chester, however, is certain that they can swiftly turn the situation around.

A Villa vs Bolton

“When he came in he just told us he believed in us as a group of players,” said Chester. “We have had three games already but he’s only been in charge for two weeks and I think you’ve seen, even with the results, that the style and performances have definitely improved.

“It’s been fine margins so far, certainly it was against QPR, but there’s an assurance and confidence about him and we know if we continue in this vein then results will start to come.”

One thing that will help Chester is the return of John Terry to the club as part of Smith’s coaching staff.

The duo formed an impressive partnership during Villa’s run to the play-off final last season and the defender is pleased to have the former Chelsea and England captain back in his corner, particularly during a difficult personal run of form.

“It’s great to have him back,” said Chester. “I was very fortunate to play with him last year, he’s one of the best centre-backs of a generation so to find myself alongside him last year was something I wouldn’t have dreamt of happening. 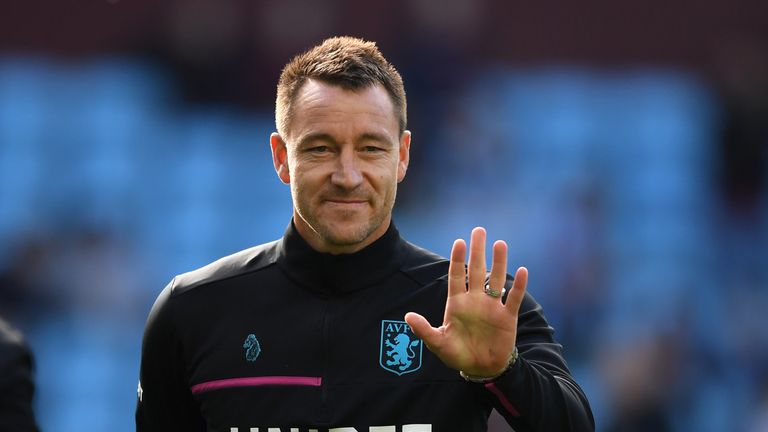 “I’ve played a lot of games for this club since I’ve been here and there has to be a bit of realism in that you know you are going to go through a sticky patch now and again. I know I’ve not quite been at the level I’d want this season.

“To have him back now on the coaching side is really beneficial because I can speak to him about whether a decision I have made on the pitch is wrong. He is always taking part in sessions outside and his opinions are invaluable.”

It’s one of the tightest Championship tables in years and just a couple of wins at this stage will propel you a long way up the table.

For Chester, Smith and Villa, that run needs to start against Bolton.

“The expectation of this club is huge,” said Chester. “We should be in the Premier League and I signed to try and get this club back there. At the moment we are not managing that but we know we’ve got the ability in the squad to turn it around.

“A win would do us the world of good in terms of confidence. Whenever we’re at home we’re expected to win, and Friday will be no different.”