It had looked like a quiet night for Jadon Sancho on Wednesday. When he came on for Christian Pulisic on 79 minutes, Dortmund were already 2-0 up against Atletico Madrid and were cruising to a third successive Champions League victory. For Sancho, it seemed, this was just a chance to stretch his legs.

Except that when Sancho stretches his legs at the moment it tends to lead to goals. Four minutes after coming on Sancho had slotted in Dortmund’s third, and by the final whistle his side had marched to a famous 4-0 victory.

It was Sancho’s third goal of the season, his first in the Champions League, and just the latest sparkle in the meteoric rise of England’s shooting star. 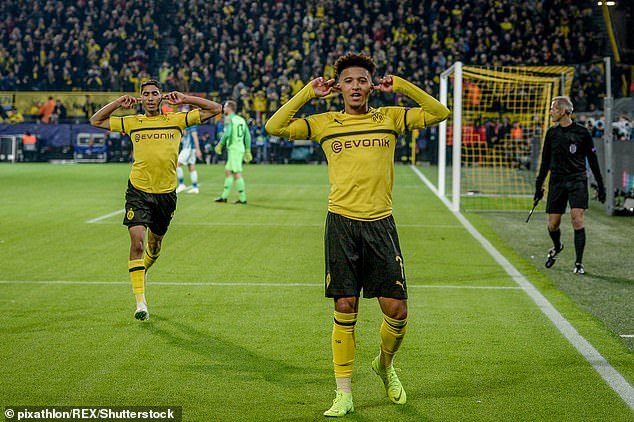 ‘We’re happy that we’re scoring so many goals and that the substitutions are working so well,’ said team-mate Jacob Bruun Larsen after the Atletico rout.

With Paco Alcacer and Raphael Guerreiro also making a big impact from the bench of late, coach Lucien Favre certainly seems to have the Midas touch in the dugout. But it is Sancho who is the most super of the super-subs.

Ironically for somebody who came to Germany in search of game time, Sancho generally doesn’t need more than a few minutes on the pitch to make his mark. Two of his three goals have come from the bench, and the other came three minutes into last Saturday’s game against Stuttgart. He has also notched up six of his eight assists from the bench.

‘Everyone was working for each other, we got it spot on,’ said Sancho after the Stuttgart game. ‘I’m happy to be part of this team, we have big ambitions.’

Having stuck the knife into Atletico on Wednesday, Sancho was whisked away from reporters in the bowels of the Signal Iduna Park. Dortmund were always fiercely protective of their young winger, and are now even more so in view of his rapid rise to global fame in recent months.

Earlier in the week, German website Transfermarkt – a respected source on such matters – announced that they had revised Sancho’s market value from £18million to £40m due to his recent form. By their ratings, that makes him the most valuable 18-year-old in the world. 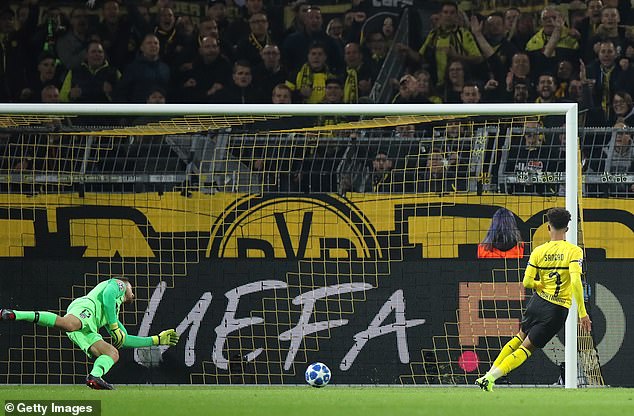 Yet it speaks volumes of this Dortmund side that Sancho is still not guaranteed a place in the starting XI. He may have earned his two starts against Augsburg and Stuttgart in recent weeks, but he is not yet as indispensable as the likes of Marco Reus. This, after all, is a team so high on confidence, so well-balanced and so packed full of attacking talent that Favre can afford to rotate. The late-night dismemberment of Atletico was just the latest in a series of thumping wins for the Bundesliga leaders. They have now won six in a row, scoring 26 goals in the process. Yet the sweetest victory was the one over Atletico.

Not long ago, it seemed unthinkable that anyone but Bayern Munich could assume that mantle in Germany, but the malaise in Munich and the sheer brilliance of Dortmund have prompted a rethink.

When the Bayern bosses launched a bizarre attack on the media last week, it exposed how vulnerable Bayern are feeling at the moment. It was telling, perhaps, that one of the stories Uli Hoeness and Karl-Heinz Rummenigge had taken particular issue with in recent weeks involved Jadon Sancho. 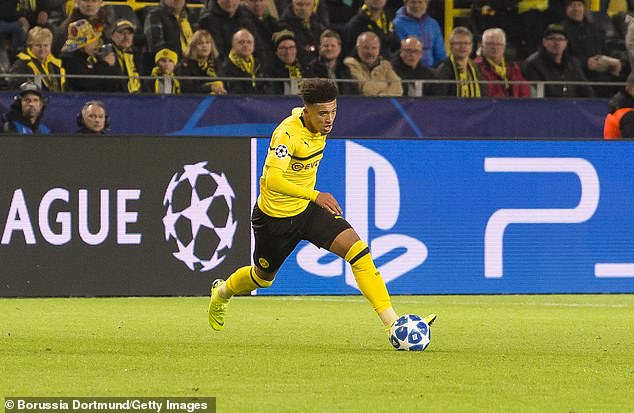 Bayern, according to the report, had missed their chance to sign Sancho themselves, deciding that he wasn’t yet good enough when they observed him at Manchester City.

Whatever the reality, the report certainly touched a nerve, and with good reason. Especially given their current travails, Bayern cannot help but be disgruntled that the most exciting player in Germany is in Dortmund, not Munich. 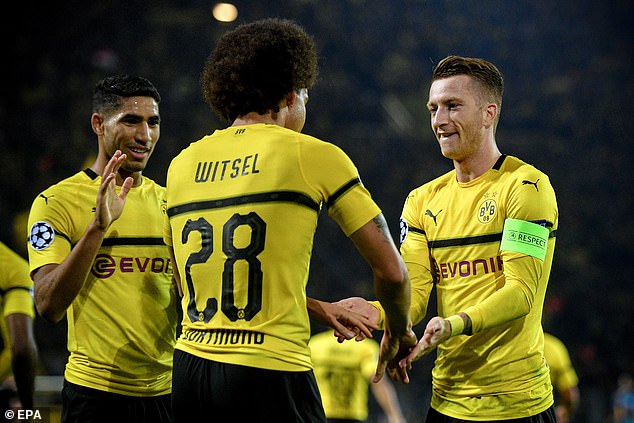