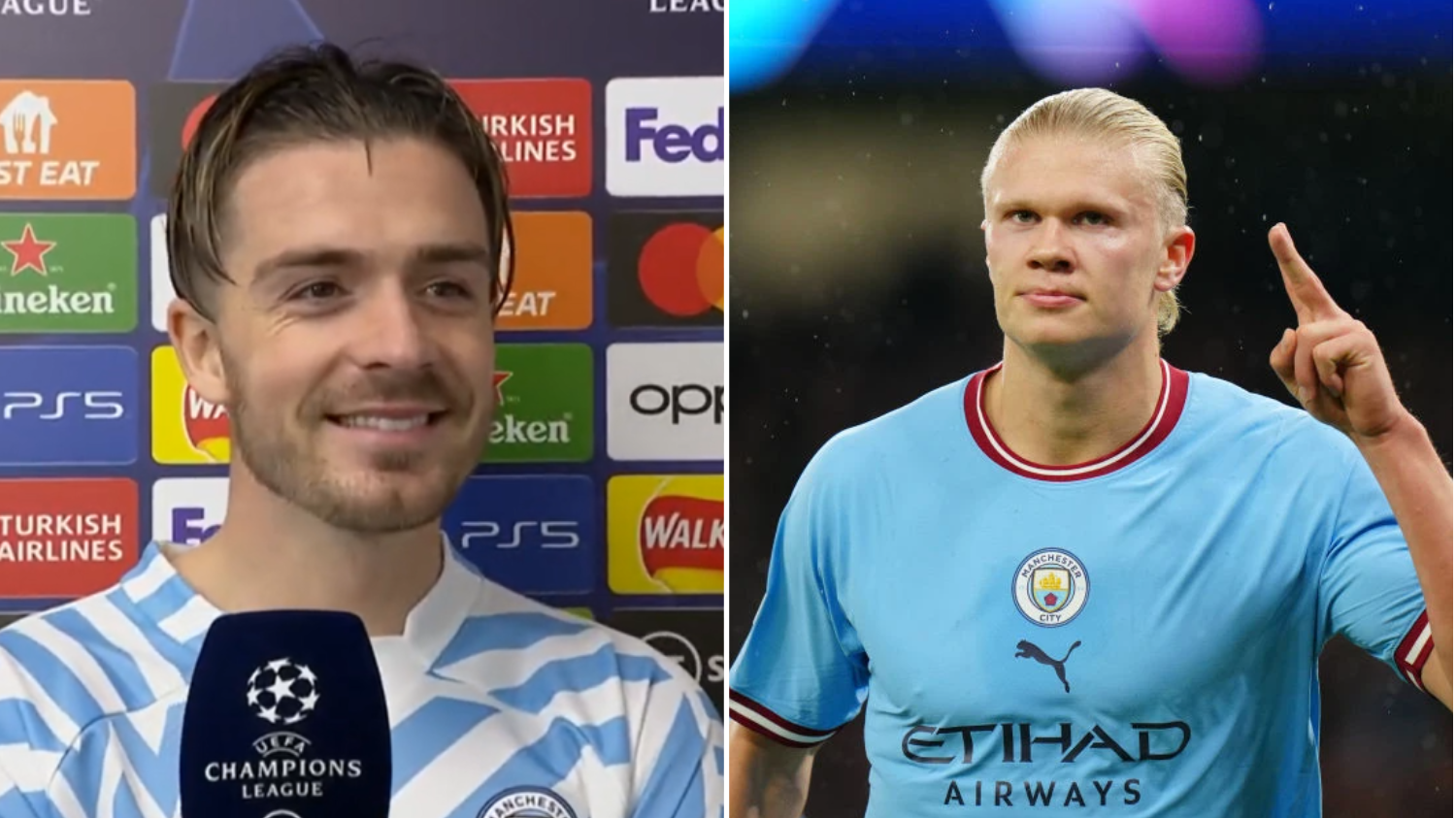 Jack Grealish has revealed Copenhagen’s goalkeeper joked that Erling Haaland is ‘not human’ during Manchester City’s emphatic Champions League victory at the Etihad.

The 22-year-old, who now has 19 goals in his first 12 games for Pep Guardiola’s side, looked on course to register his third hat-trick of the season before being taken off at half-time.

‘It’s unbelievable honestly,’ England forward Grealish said of Haaland. ‘I’ve never witnessed anything like it in my life.

‘For the first and second goals I was just laughing. He is always there.

‘The keeper [Kamil Grabara] said something to me as I was walking back. He said, “he’s not human!” I said “you’re telling me?” Hopefully he can carry on this form and take us to glory.’

Haaland scored twice inside 32 minutes in Manchester City’s third Champions League game of the season before Davit Khocholava’s own goal put Copenhagen 3-0 down at half-time.

Riyad Mahrez and Julian Alvarez were both on target in the second half as City romped to victory and made it three wins from three in Champions League Group G.

Grealish added: ‘I loved it. Playing in the Champions League at the Etihad is always great. Three wins out of three to top the group. It was a great night. I’m loving it.

‘My last three or four games I feel back to myself. I am playing more with that freedom and confidence. It would help if I got on the scoresheet, I was desperate tonight, but it’s all about enjoying it and winning.

‘I’ve played a lot of games recently so I’m thankful to the manager for that. I’m playing with a smile on my face and feel like I’m settling in now.’

Guardiola, meanwhile, was full of praise for his Manchester City side after they cruised past Copenhagen and continued their brilliant start to the season.

Man City are the only English team yet to be beaten this season, although they remain second in the Premier League, one point behind in-form Arsenal.

‘The result was excellent but I’m really impressed the way we attacked. I’m really, really satisfied and again compliments to the players.

‘We played really good in all departments. We were really focused. And many players played at a high level. Everyone has to perform well to help the team and win game-by-game.’