Report as Czech Republic grab top spot in Group B2; Scotland register 19 shots on goal but draw another blank 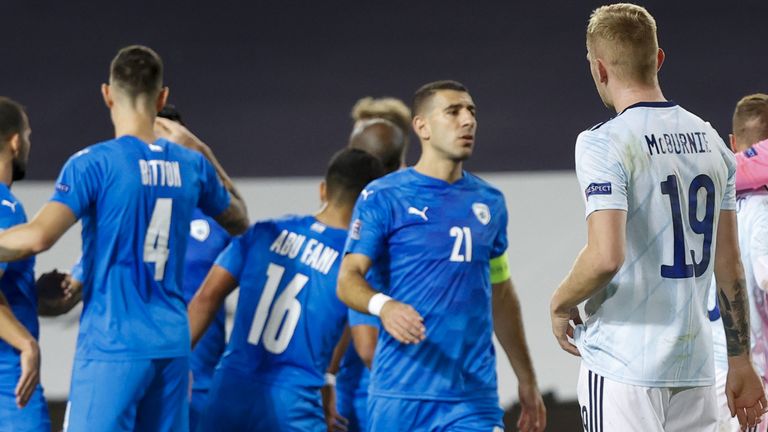 Scotland missed the opportunity of securing promotion in the Nations League after they lost 1-0 in Israel.

In the third meeting between the nations in two months, Manor Solomon’s splendid solo goal just before half-time proved the difference between the teams.

But much like their defeat in Slovakia on Sunday, Steve Clarke will have been left frustrated with his team’s finishing having had 19 shots on goal as Czech Republic grabbed the top spot and promotion after their win over Slovakia.

After the jubilation of qualifying for Euro 2020, Scotland end this international period on a disappointing note ahead of World Cup qualifying in March.