Transfer news: Who could be on the move this summer?

Jose Mourinho’s shock appointment at Roma, just 15 days after his sacking by Tottenham, will carry greater significance for some of the Italian club’s players. Mourinho has managed a lot of players across stints with Porto, Chelsea, Real Madrid, Inter Milan, Manchester United and Tottenham and he has left his mark at every club.

The Portuguese manager has won trophies at every club he has been in charge of apart from Spurs, so many of his former players will have fond memories of working with him.

That is not the case for everyone though, with Mourinho carrying a reputation for falling out with players, as well as winning trophies.

Plenty at Spurs will attest to his blunt and sometimes confrontational management style and his spell at Manchester United between 2016 and 2018 had many other examples of disillusioned players.

Unfortunately for Mourinho, two of those he had awkward relationships with now ply their trade in the Italian capital.

Both Chris Smalling and Henrikh Mkhitaryan have reignited their careers with Roma – and both will now have to work under Mourinho once again. 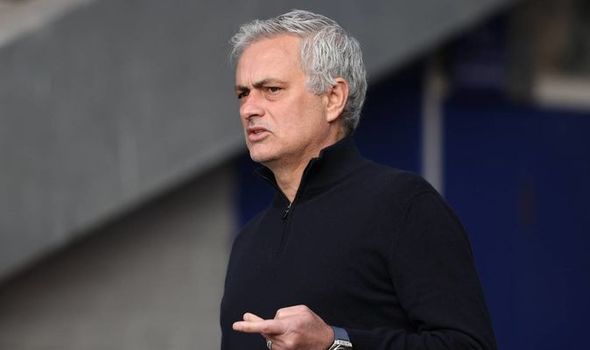 It may have been his predecessor Louis van Gaal who famously called Smalling “Mike” in an interview, but the England centre-back also had his fair share of incidents with Mourinho at United.

Mourinho frequently questioned Smalling’s professionalism and willingness to suffer for the team during the 2016/17 season.

With Smalling and Phil Jones often sidelined due to injuries, Mourinho felt the need to publicly call out the severity of his defenders’ problems, describing their mentalities in April 2017 as “cautious, cautious, cautious”.

“It’s not just about them,” he said. “It’s about the philosophy and mentality around them.”

It later emerged that Smalling had played with a broken toe, taking two pain-killer injections just to get through a 4-0 defeat by Chelsea. Thankfully for Mourinho, Smalling refused to bite back when asked about his comments in the summer of 2017 while on England duty.

“No, it’s just professional,” Smalling said when asked if Mourinho had apologised for questioning him.

JUST IN: Neymar returning to Barcelona this summer depends on three things 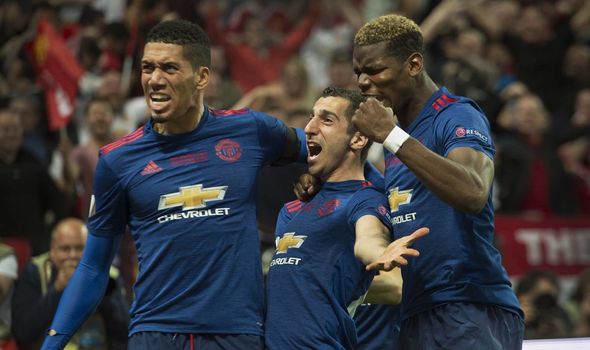 “All of us are professionals and no player wants not to play. That was all just [him being] professional – get on with the rehab and then get out as quickly as you can.

“I think that was directed at everybody. We had a lot of injuries at that time and he was frustrated that quite a lot of players weren’t available.”

It didn’t end there, either. Smalling played in United’s Europa League final win over Ajax in 2017, helping secure Mourinho this third and final trophy with the club. However, his performance still became the butt of a joke from his manager.

​“I told my players that for me, beautiful is not giving our opponents what they want,” Mourinho later explained to Expresso of his approach in that game.

“I even joked with Smalling, ‘With your feet, we’re for sure not playing out from the back!”

Mourinho’s relationship with Mkhitaryan had similar frictions, too.

Neymar returning to Barcelona this summer depends on three things

The Armenian attacking midfielder scored 13 goals in 63 appearances during 18 months with the Red Devils, but his spell in Manchester was defined by unfulfilled promise.

According to Mkhitaryan, Mourinho even blamed him for some of his bad press towards the end of his stint there.

“Once Mourinho saw me at breakfast and said to me: ‘Because of you, the press criticises me,’” he told Forza Roma.

“I replied: ‘Really, mister? I’m not doing it on purpose’.

“Back in Manchester United there were paparazzi three days a week. They filmed you as you got in the car, how you were dressed.

“Once you arrived at the sports centre they were already there. Every step was controlled.”

In the same interview, Mkhitaryan admitted Mourinho was a difficult manager to work under. 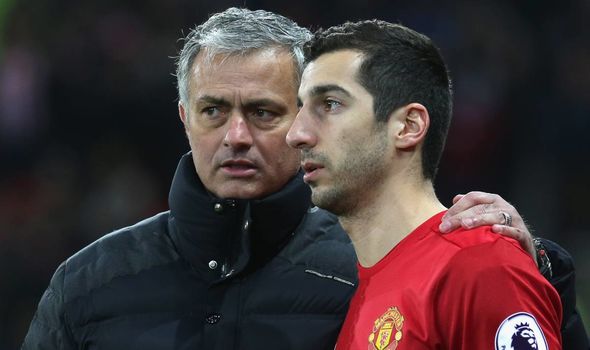 “He’s a winner by nature. He wants you to win and you do what he asks you,” he said.

“It’s difficult for anyone. There have been differences and conflicts, but they have not had a strong impact on good work and the three trophies won.”

Ahead of the first leg of Roma’s Europa League semi-final against United, Mkhitaryan conducted an interview with The Athletic in which he tried to clarify his view of Mourinho.

“It was very hard but I learned a lot as well. I learned how to defend, how to help the team,” he said.

“What I want to say is that I had a hard time but after the first two or three months there, I had a very good time. I won three trophies with the club, which was amazing.”

It remains to be seen if Mkhitaryan and Mourinho will see eye to eye this time around and whether the manager’s Rome arrival will also disrupt the settled Smalling.