Home » 'I'm completely in love with him': Guardiola lavishes praise on Aguero

‘I’m completely in love with him’: Pep Guardiola lavishes praise on Man City legend Sergio Aguero… who is on the brink of equalling Wayne Rooney’s record of 183 Premier League goals for a single club

Sergio Aguero is one goal away from equalling Wayne Rooney’s record of 183 Premier League strikes for a single club.

The 32-year-old is set to leave the Etihad Stadium this summer but looks likely to do so having edged beyond Rooney’s numbers for Manchester United. 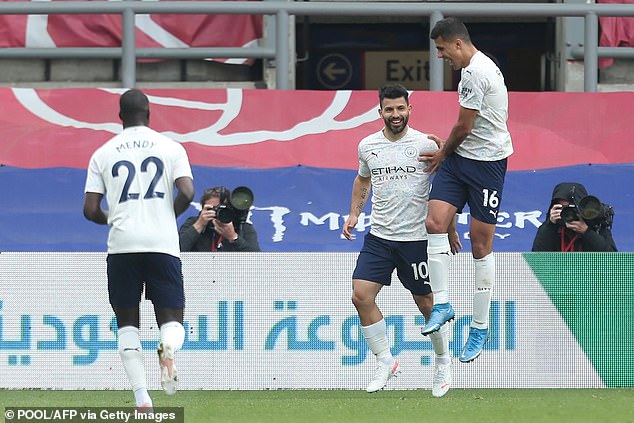 ‘How many times has he done it?’ asked manager Pep Guardiola. ‘What a goal, what a player and what a man. I’m completely in love with him. He is an absolute top legend, an extraordinary player.

‘The people cannot believe it but we’ve missed him. We haven’t been able to use him many times, but maybe we got him back at the right time. He knows he has a special quality.’

Aguero has been left frustrated by a lack of game time in his farewell campaign for City — this was only his fourth start since October — but intends to go out with a bang. The Argentine, who is drawing interest from Barcelona over a free transfer, is likely to be given a run of league games now City have effectively sealed the title. 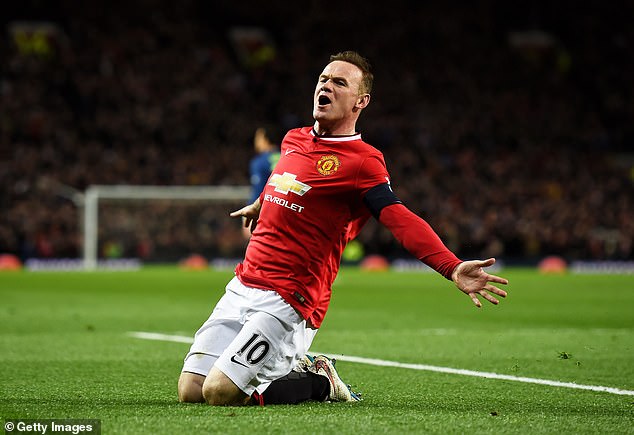 ‘Finally I could play, I’m so happy,’ said the club’s all-time leading scorer in a rare television interview. ‘All I needed in the box was one touch or two touches. Finally I got the goal. I’m so happy about that. Maybe we can win the Premier League.’

Guardiola added: ‘The goal against QPR in 2012 — 93 minutes 20 seconds — is the history of this club. Even if we win the Champions League, nothing can compare to that moment.

‘Here again, it was 0-0 and his control, the action — he has shown again what he is. I’m incredibly delighted that he is back. He was injured a long time. He’s another weapon we have. And he is the most humble human being — that is not easy to find.’ 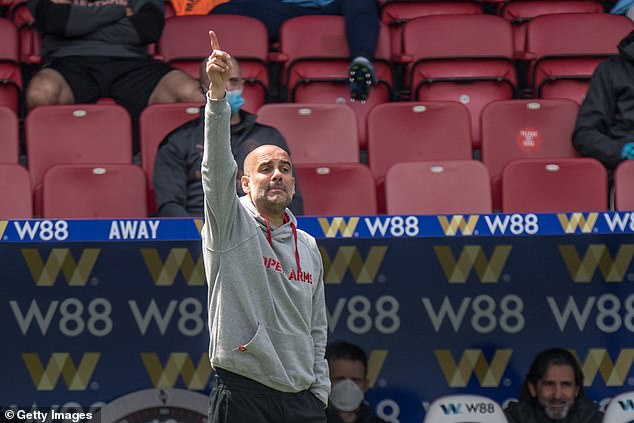