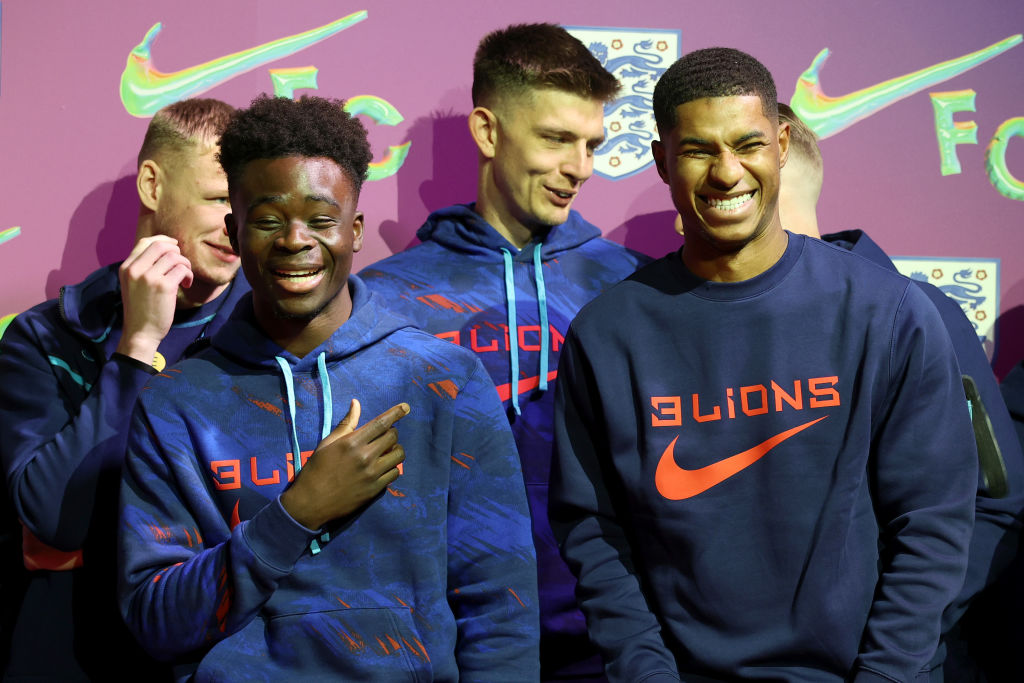 Rio Ferdinand has sent a strong message to the people who racially abused England pair Bukayo Saka and Marcus Rashford after the Euro 2020 final.

Ferdinand lauded the duo for their performances as England beat Iran 6-2 on Monday in their World Cup opener, with both players getting on the scoresheet.

Saka was named Man of the Match after registering two goals while Rashford scored just minutes after coming off the bench in the second half.

It was England’s first match at a major tournament since they lost the Euro 2020 final to Italy with Arsenal’s Saka and Manchester United’s Rashford, as well as Jadon Sancho, racially abused on social media following their missed penalties.

Ferdinand warned before the tournament in Qatar started that players would once again be subjected to racial abuse and speaking after Monday’s 6-2 win, he decided to call out those who abused Rashford, Saka and Sancho at the Euros.

‘What a performance,’ Ferdinand told his YouTube channel. ‘I’m absolutely delighted the way the team dealt with Iran.

‘It was a difficult game, at the first game of the tournament you want to get off to a good start.

‘A special shoutout to Bukayo Saka, man. Marcus Rashford. These two boys finished the last tournament with England in a disgusting way with the racism they had to go through and be a part of after missing the penalties.

‘To come back to the World Cup in the first game, get on the scoresheet and do what they’ve done, contribute to a win, I hope them racists have seen that, I hope they have swallowed that pill.

England return to action when they face the United States on Friday before a clash with Wales on November 27.