‘I don’t think it has been diminished’: Under pressure Mark Hughes confident Les Reed’s departure has not weakened his position as Southampton manager

Mark Hughes was shocked by the departure of vice-chairman Les Reed but doesn’t feel his position is under threat despite Southampton’s struggles.

Hughes admitted he was not consulted about the decision to sack the 65-year-old, but says it is business as usual ahead of Saturday’s must-win home game against Watford.

‘It was a surprise to everybody. It wasn’t something that I had any inclination about. I was told early this morning,’ Hughes said. 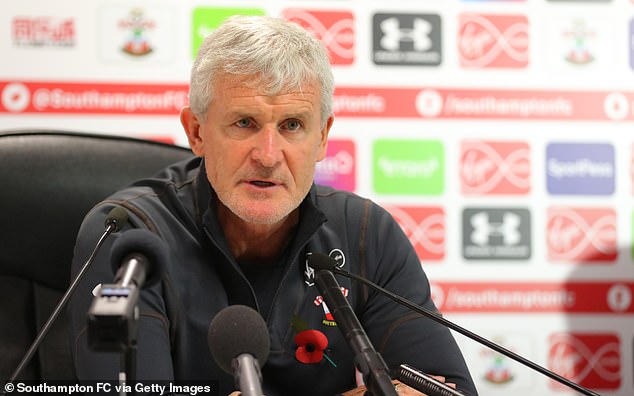 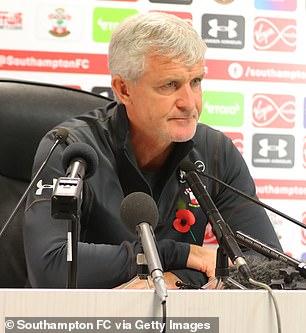 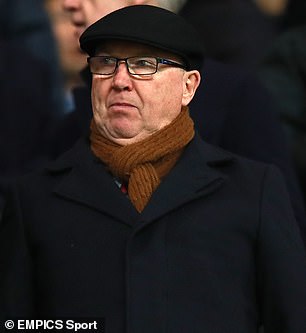 ‘It’s a real shame for Les because he’s been fantastic. He has helped establish this club as a fine Premier League club. And he’ll walk away from the club with his head held high.

‘It’s unfortunate that the club feels that we need to go in a different direction. And we have to respect that and we move on.

‘It’s all about the game at the weekend. You have to move on very, very quickly in football. You have to get on with the job at hand which is getting three points.’

Reed joined Southampton in 2010 and played a large part in the club’s rise from League One to the top six of the Premier League in four seasons.

But relegation-haunted Southampton decided a shake-up was needed and promised ‘a thorough review’ following the 65-year-old’s departure. 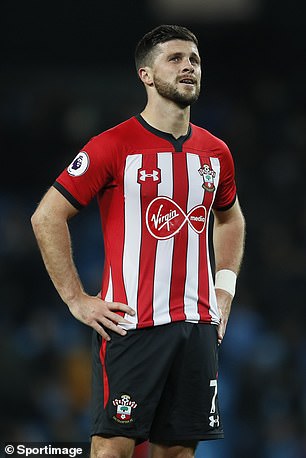 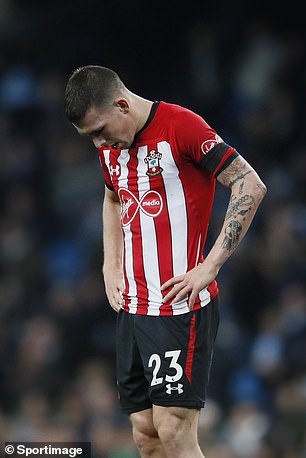 The timing of the move comes two days before a vital Premier League game at home against Watford and appears to be an attempt to unite the club.

Southampton have not won at home this season. Indeed, they have only won eight times at St Mary’s in the past two years.

Asked if Reed’s departure was a threat to his future, Hughes said: ‘When I came in, the club was in a different situation. People have seen first-hand how I operated. I was offered a three-year contract. Clearly Les will have had an input in that.

‘Although Les is no longer around as a sounding board there’s still a lot of people here that feel that I was the right man for the job. I don’t think my position has been diminished.’ 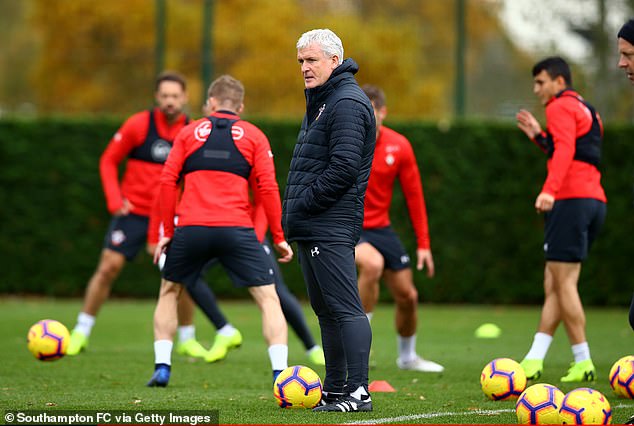 Reed joined then League One Southampton in April 2010. Under Alan Pardew’s management, the club finished seventh, just outside the play-off positions, despite a ten-point punishment for breaching administration rules.

The club was saved by the late Markus Liebherr and flourished under his brief ownership with investment on and off the field.

The club’s famed, state-of-the art academy was nurtured by Reed, with the likes of Luke Shaw, Calum Chambers and James Ward-Prowse emerging during his time at the helm.

He also had an eye for a player and was in-part responsible for the recruitment of Virgil van Dijk, Toby Alderweireld, Victor Wanyama, Sadio Mane, Graziano Pelle and Dusan Tadic.

His managerial appointments were also phenomenally successful to start with. 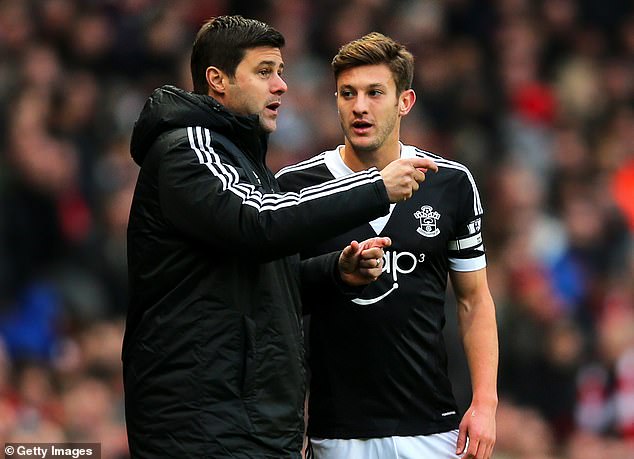 After Pardew’s acrimonious sacking in August 2010, Nigel Adkins oversaw the club’s rise from the third tier into the Premier League in 2012.

The relatively unknown Mauricio Pochettino was plucked from Espanyol in 2014 and the progress of his two seasons at St Mary’s were continued by replacement Ronald Koeman.

The Dutchman led Southampton to sixth in 2016, their highest-ever Premier League finish.

Even his replacement Claude Puel continued a proud trend of finishes in the top eight in his only season in charge, and the Frenchman reached the EFL Cup final to boot.

But the club’s policy of selling their best players has caught up with them, with Mauricio Pellegrino sacked towards the end of last season. 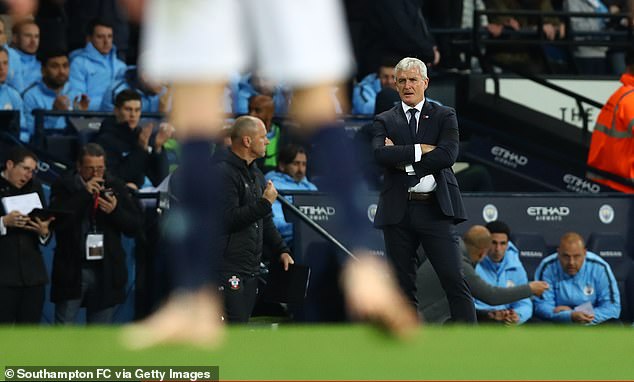 His replacement Hughes – who has won just three of his 19 Premier League games in charge – kept Southampton up last season, but the club are flirting with relegation again.

And ahead of Saturday’s home game with Watford, Southampton decided to sack Reed with the aim of bringing the club together.

‘The club believes the time is right to take constructive action and make a change that will provide new drive and direction to our football operations team and enable them to get results back on track,’ the club said in a statement.

‘The search for the right replacement, along with a thorough review into the club’s football operations, has begun.’