Bill Shankly was Huddersfield Town’s manager on the last occasion they beat Liverpool and the last of the club’s players to score against the same opponents spent his summers playing county cricket for Leicestershire. The omens had never looked good.

But beyond the resignation that the Premier League’s second tier always feel about games like this, David Wagner could rue the fact that his side failed to beat a Liverpool who were a shadow of their best. The look on the German’s face told its own story when Steve Mounie blasted high into the stand after opportunity knocked, eight minutes from time.

For the winning team, that is utterly insignificant, of course. It was another win quietly secured, taking them to second place on goal difference. Their ability to extract it with far less than the blood and thunder of the last two seasons contributes to the impression that pragmatism has replaced idealism, where Klopp is concerned. The pay-back may be a less exhausted side when the title run-in comes around. 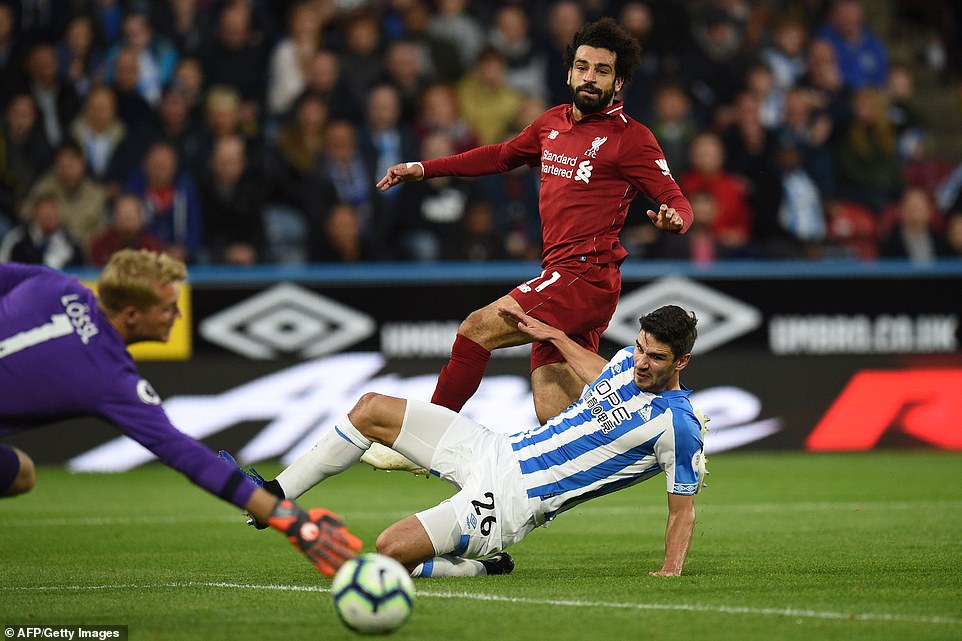 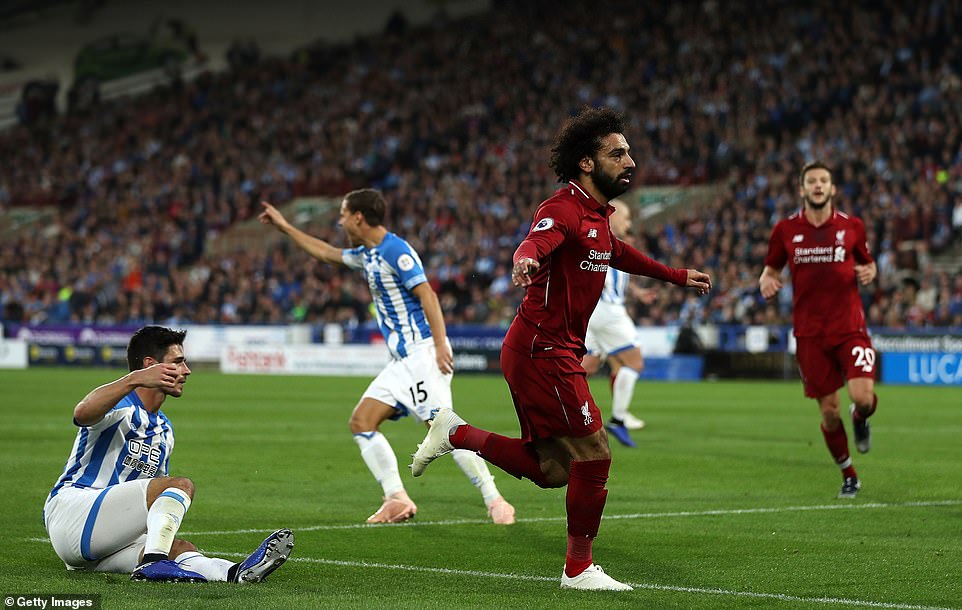 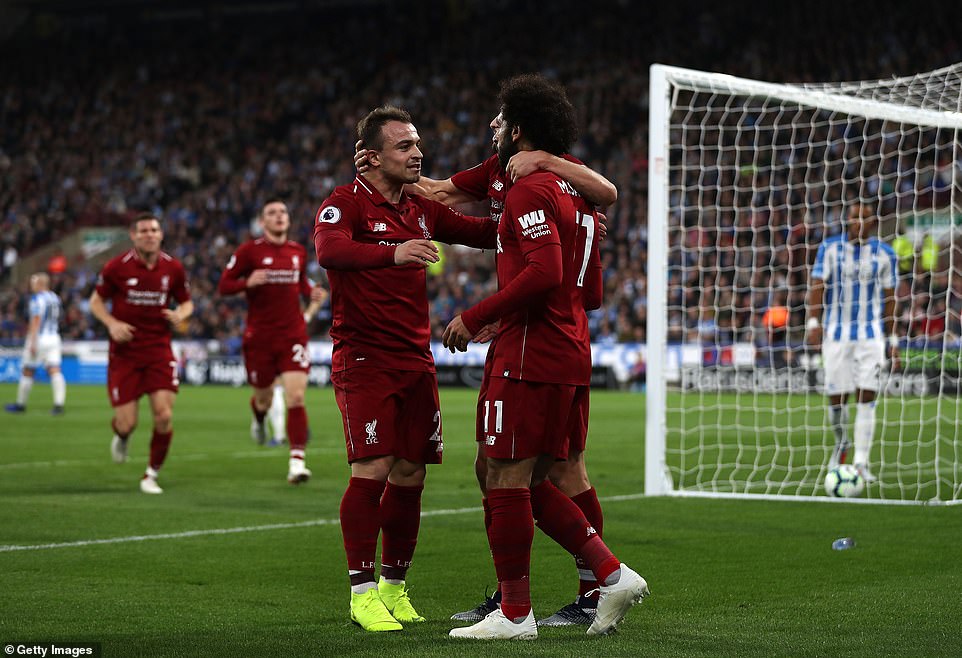 There was nothing prosaic about the goal – one of the highest order – which clinched the game, four minutes beyond 20-minute mark. In truth, it was the evening’s only moment of class.

Joe Gomez was the originator, taking down a ball across midfield from James Milner, locating Xherdan Shaqiri with a pass of outstanding vision which allowed the Swiss to find Mohamed Salah in the penalty box right hand channel. The Egyptian’s pace and finish, on the acute, were too much for the desperately retreating Christopher Schindler.

But the goal could not obscure that this was a Liverpool with the intensity taken out. Salah’s goal tally – five in ten – is hardly that of a forward in existential crisis. But his first touch is so frequently heavy this season. When Daniel Sturridge found him late in the game with a good diagonal ball – his own best contribution of the evening – the No 11 took the ball down on his chest but could not make a firm connection. 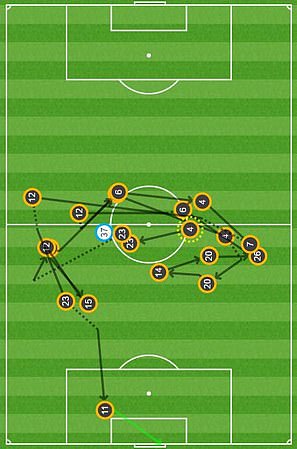 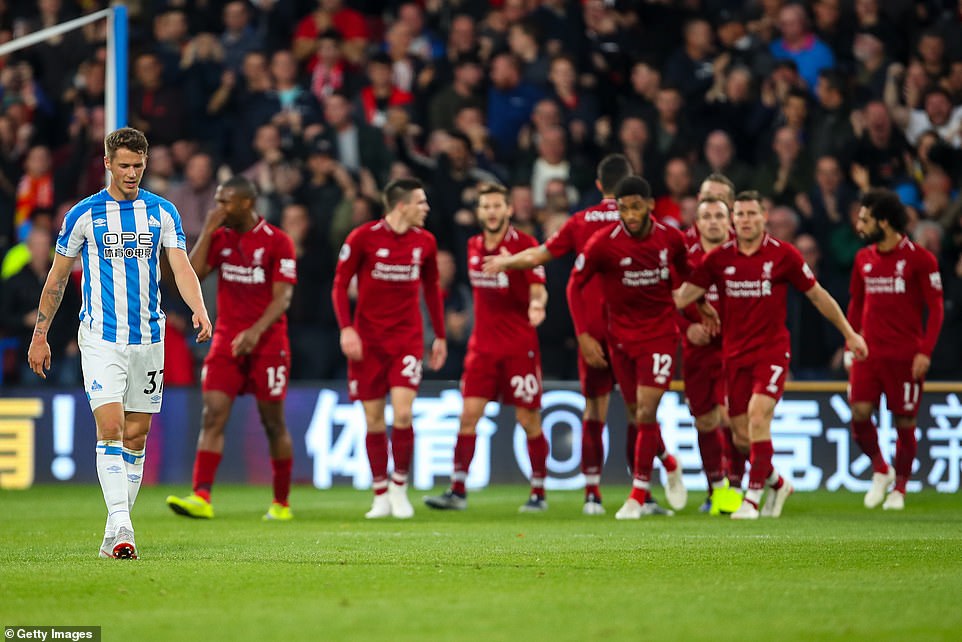 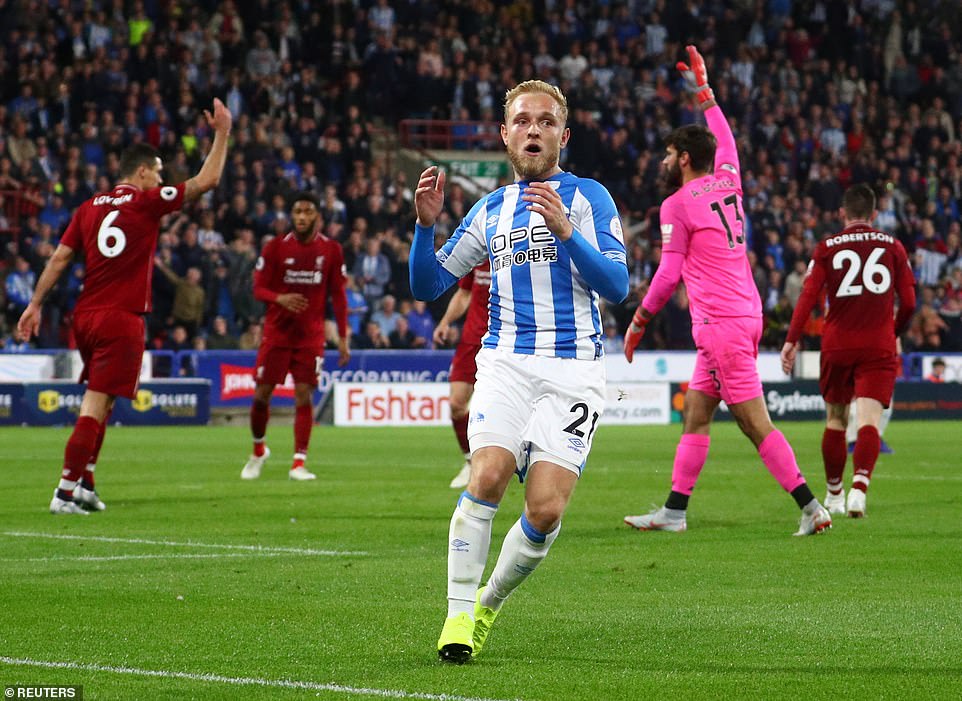 Sturridge, in for Firmino, contributed painfully little to the first half and did not look like he carried any resolve. So much for the notion, after his equaliser at Chelsea, that he is a player reborn. The forward’s lofted effort early in the second half sailed high.

Adam Lallana, starting a Premier League game for the first time since New Year’s Day in Sadio Mane’s absence, provided fleeting signs of his exquisite touch. But of those presented with an opportunity to step up from edges, only Shaqiri seized the moment. ‘Shaq did well,’ acknowledged Klopp, who said the muscular injury which forced Jordan Henderson off at half-time was not serious. ‘He wanted to carry on we decided no.’

Huddersfield’s landscape looks bleak, with no wins in nine, though the spirit around this place will do much to sustain them for the difficult winter ahead. The noise was extraordinary. The stadium had not seen a Premier League goal since April 14 yet it still bounced to the beat of unquenchable belief. 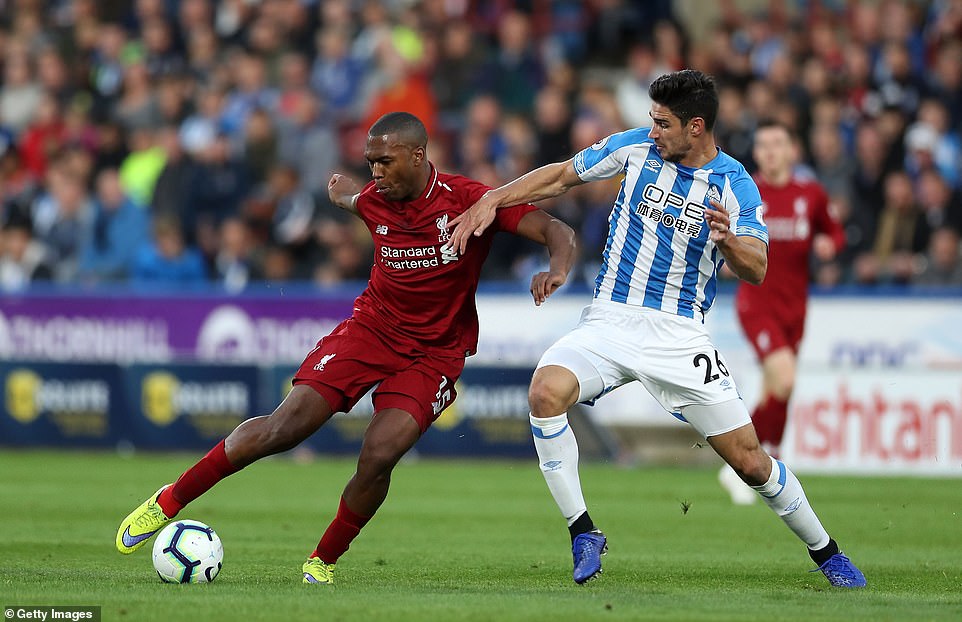 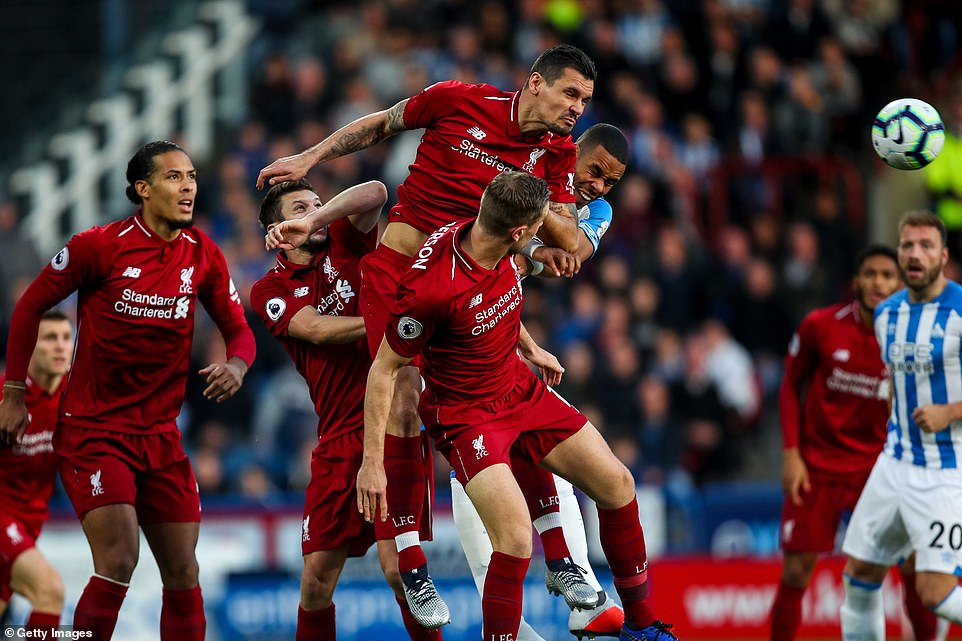 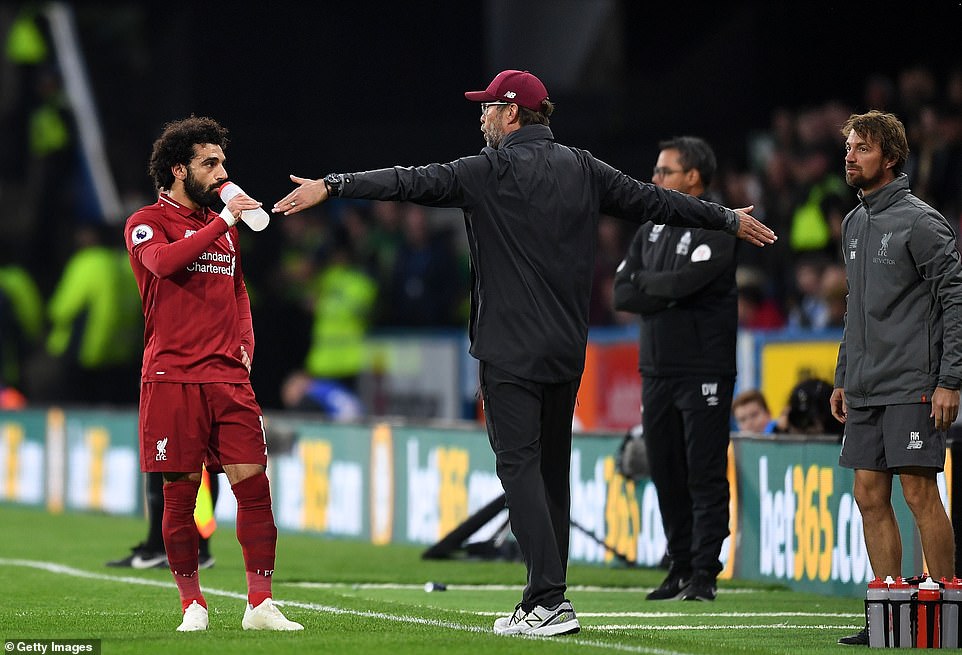 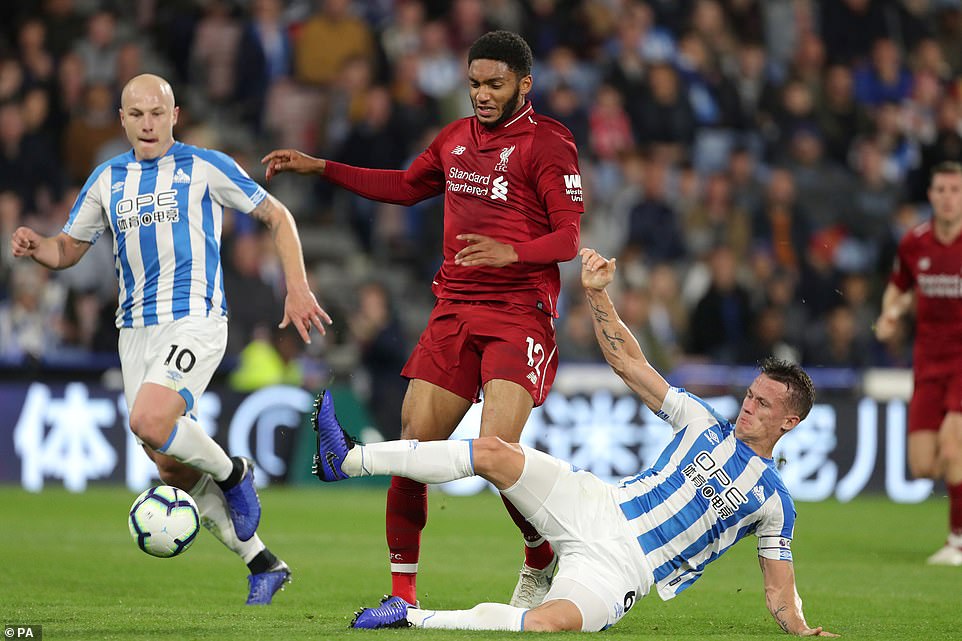 A serviceable goal-scorer is the missing component. Laurent Depoitre possesses nowhere near the mobility required to unpick a defence like Liverpool’s. The technical intelligence of pocket midfielder Alex Pritchard and the presence and vision of Danish centre half Philip Billing thus went to waste.

Wagner’s players pressed high and boldly, offering Liverpool a taste of their own medicine of these past few years and looked like they might break back into the game. Jonathan Hogg struck a right foot shot from 30 yards which struck the outside of the left upright. Milner diced with calamity when a Billing header flew to his thigh and struck his outstretched arm, provoking loud penalty appeals. Pritchard slotted a ball beyond Alisson but was adjudged fractionally offside.

Wagner was unhappy about the denied penalty. It was a ‘huge situation,’ he said. But both decisions seemed correct. 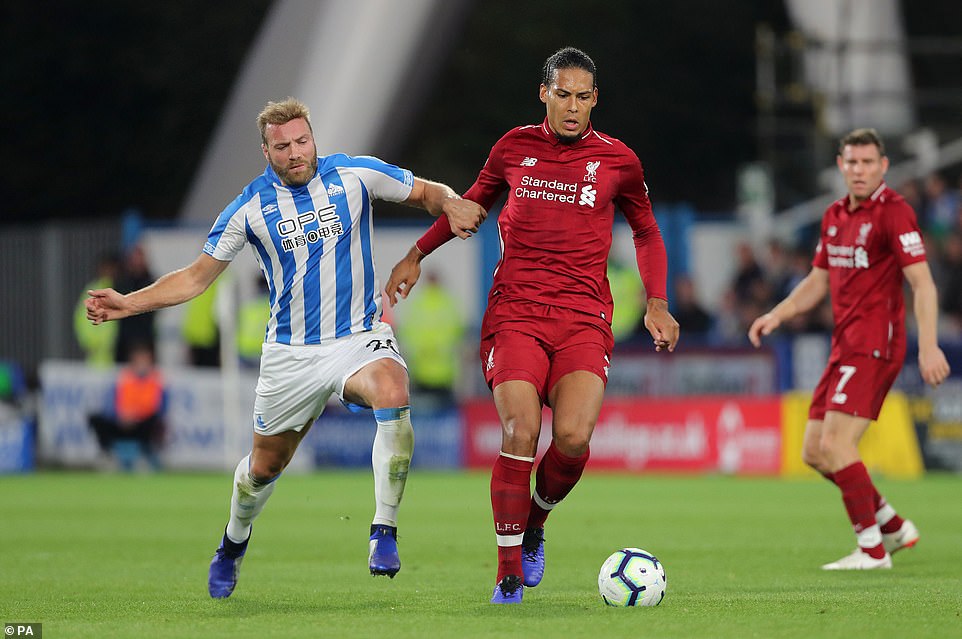 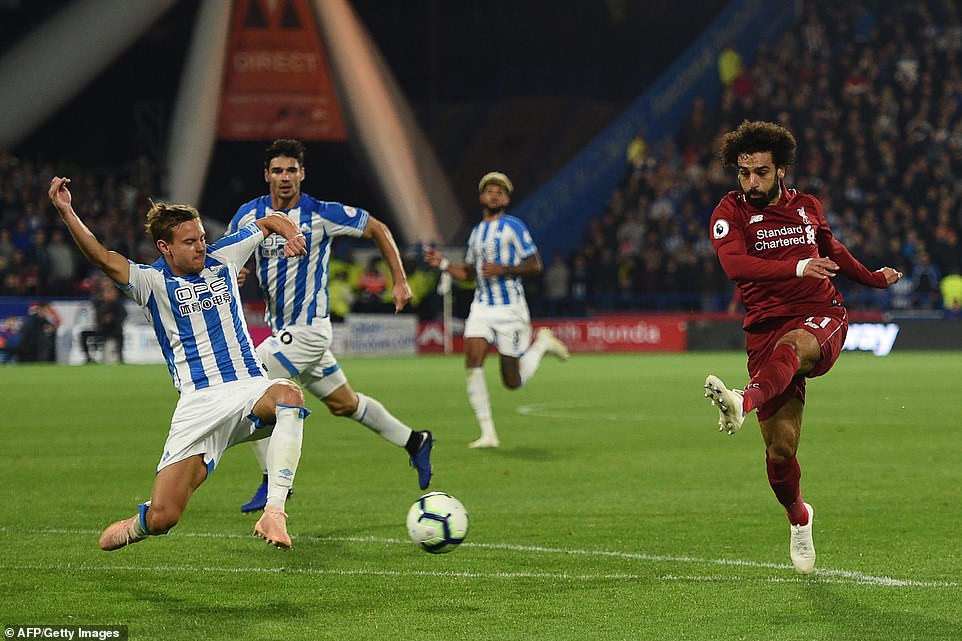 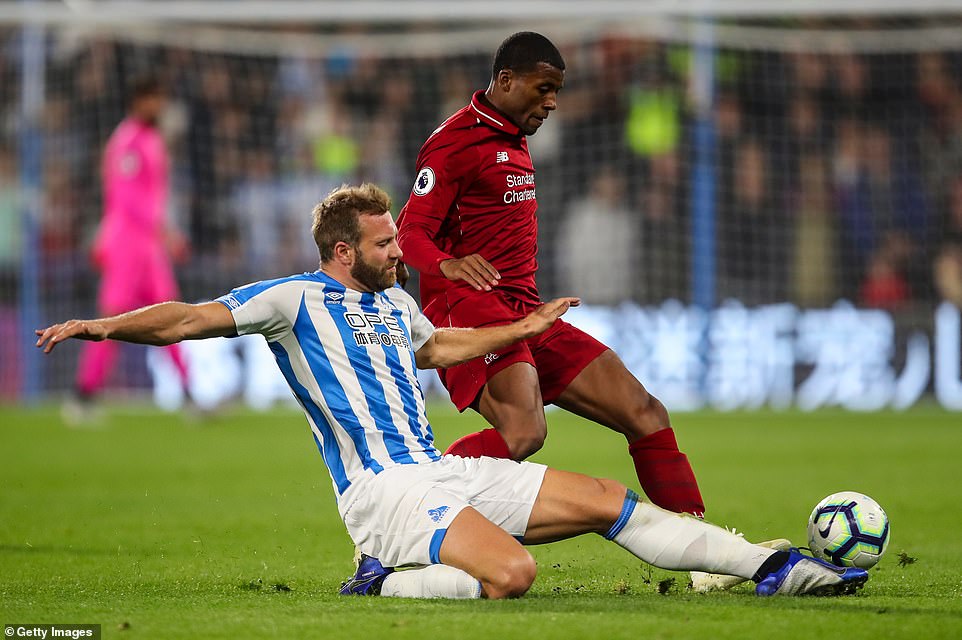 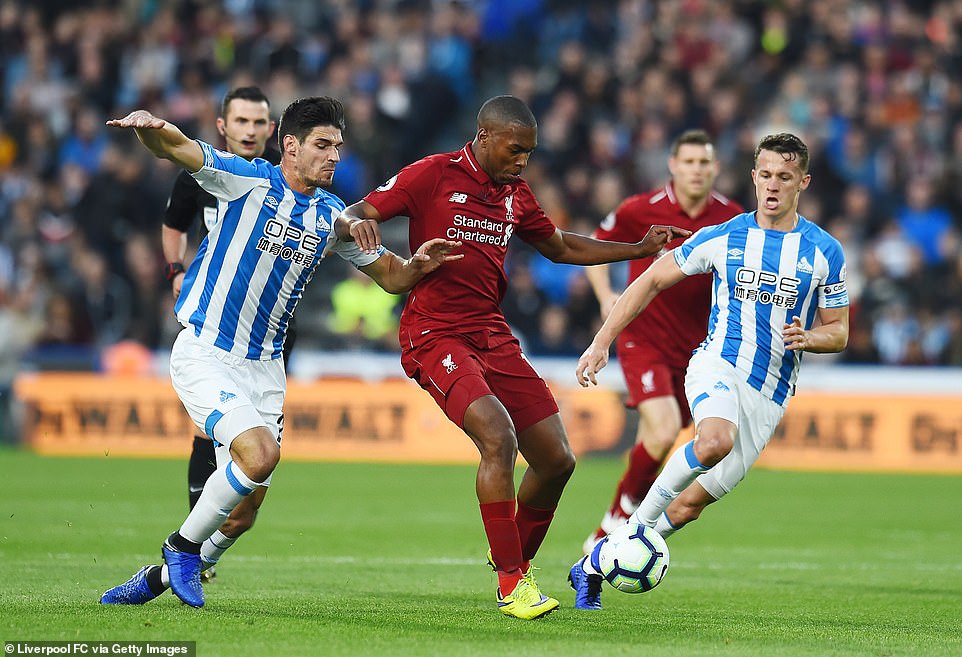 The German was more phlegmatic about the lack of goals. ‘I would be concerned if we did not have the opportunities. Goal scoring is the most important part of this game but we are creating opportunities.’ Sadly, it’s not as easy as that. Wagner seems to be overlooking a fundamental failing.

Klopp was mildly indignant when it was put to him that his side had not played well. He was dissembling a little because his motions on the touchline revealed that he was less than happy with the performance levels. In one interview on Saturday night, he described some of his side’s passing as ‘rubbish.’

In part, he blames the international break for wearing out his players. ‘I was bit more animated on the touchline because if you are tired you need to be afraid of your manager,’ he said.

The new metric of ‘passing rate’ has recently entered the discussion of Liverpool’s football. It is the number of passages of play when the opposition fail to complete three passes in a row – and in the incarnation we have seen this season they are the division’s ninth best. Only one number matters of course. 23 points. No other Premier League side has more. 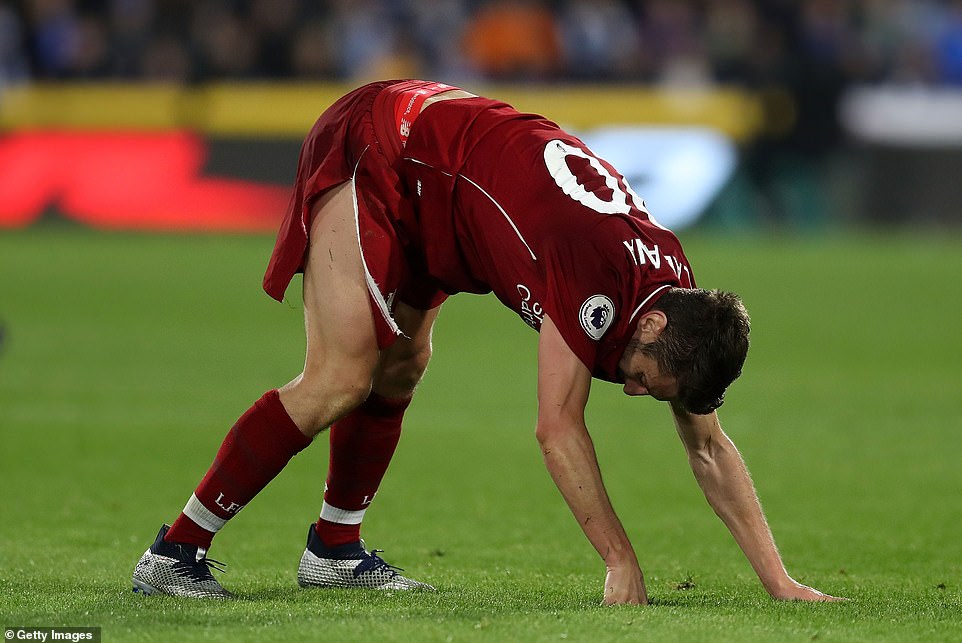 On his return to the starting XI, Liverpool midfielder Adam Lallana was left with his shorts ripped at the John Smith’s Stadium 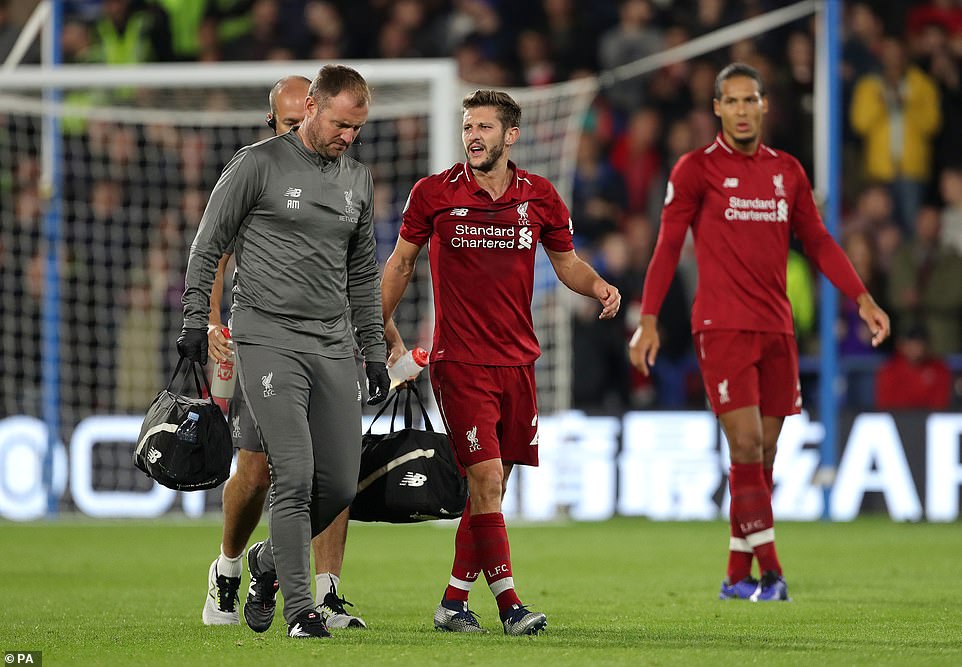 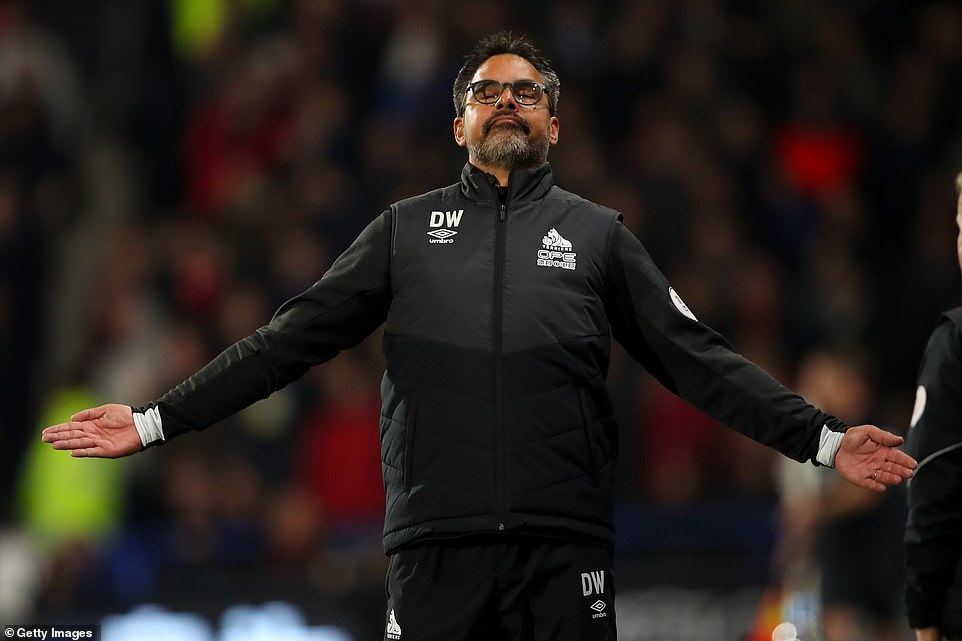