For 44 years he was dedicated to Wednesday. For 34 years he was committed to their deadly rivals… how Derek Dooley became Mr Sheffield

Derby day in the birthplace of club football and Sylvia Dooley will be in her usual seat to cheer on the Blades, pausing on the way at one of the bronze statues outside Bramall Lane to perform what has become a ritual.

‘I clean his toes and tell him to straighten his tie,’ says Sylvia. ‘He never does it.’

Ten years have passed since her husband died and yet the legend of Derek Dooley shines on because no one personifies Sheffield football in quite the same way and probably never will. 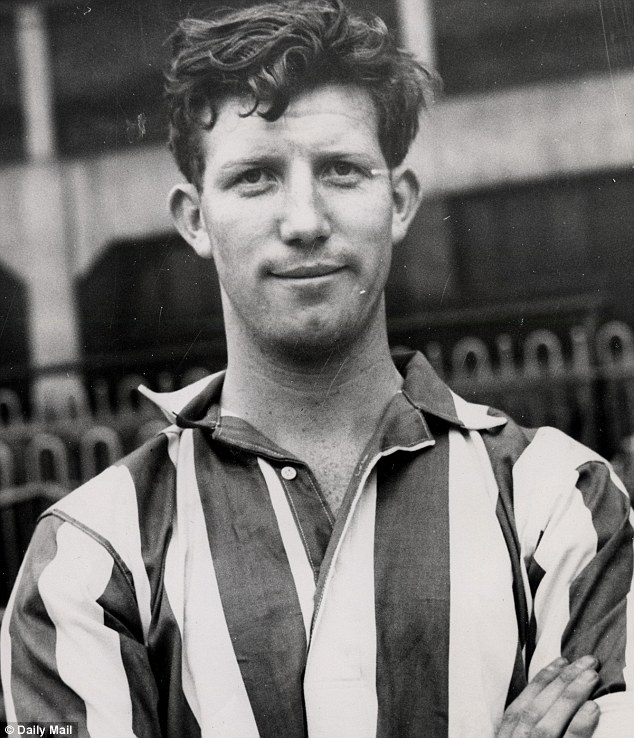 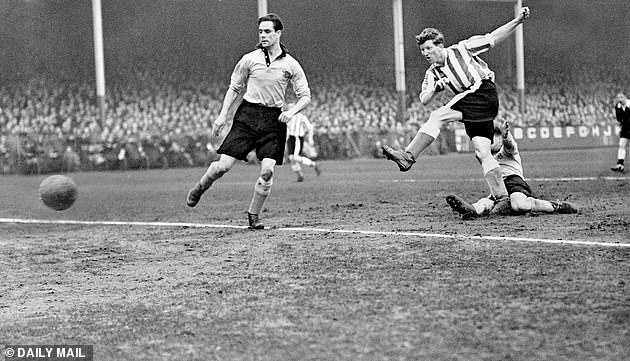 Dooley was a Sheffield Wednesday fan turned goal hero. Tall, robust with red hair and a compelling style, he was on the verge of an England call-up when he lost a leg playing for the Owls in 1953, at the age of only 23.

He was drawn back to Hillsborough to coach junior teams and was then employed to run the club lottery and later became manager.

His sacking on Christmas Eve 1973 reverberated across the city and it was Sheffield United who tempted him back to football, initially as commercial manager and then chief executive, managing director, chairman and vice-president.

For 44 years he was devoted to Wednesday and for the final 34 years of his life to their fiercest rivals.

Friends would joke that his heart was always blue and white but Dooley wrote in his autobiography how he knew his loyalties had shifted by the way his heart leapt when the Blades scored against the Owls.

When they met at Bramall Lane in November 1991, United had been waiting more than 20 years without a derby win and Wednesday fans still crowed about the Boxing Day Massacre, a 4-0 win in 1979 before a record third-tier crowd of more than 49,000.

Dave Bassett’s side halted the trend with a 2-0 win and the lunchtime kick-off offered scope for extended celebrations in the boardroom.

At the end of the night the manager, physio Derek French and kit man John Greaves lifted Dooley and were carrying him down the stairs to the exit.

‘He was oh, so happy,’ said Bassett. ‘I had hold of one of his legs and I must have pulled too hard because suddenly I was standing two yards away still holding his ankle. I’d pulled his leg off. Derek looked at me and said, “Dave, don’t tell anybody I was legless”. We burst out laughing.’

There was no trace of bitterness about the bad luck which ended Dooley’s playing career or self-pity as he forged a new path in football.

On tour with the team in pre-season, he would hop from his chair and dive into the pool and, once, in Borneo, he was swimming when a storm broke. Hotel staff, rushing to clear the decks, were horrified to lift a sun lounger and uncover an artificial leg abandoned within a pair of trousers.

Dooley had been in rampant form for Sheffield Wednesday at the start of 1953. He had scored 62 goals in 61 appearances, including a club-record 46 in one season to fire them to promotion as Division Two champions.

Fred Walters, sports editor of the Sheffield Star newspaper, wrote of an England call-up for the centre forward.

It was Valentine’s Day at Deepdale when he broke a leg in a challenge with Preston goalkeeper George Thompson and was soon fighting for his life when a scratch on the calf of the same leg became gangrenous beneath the cast. 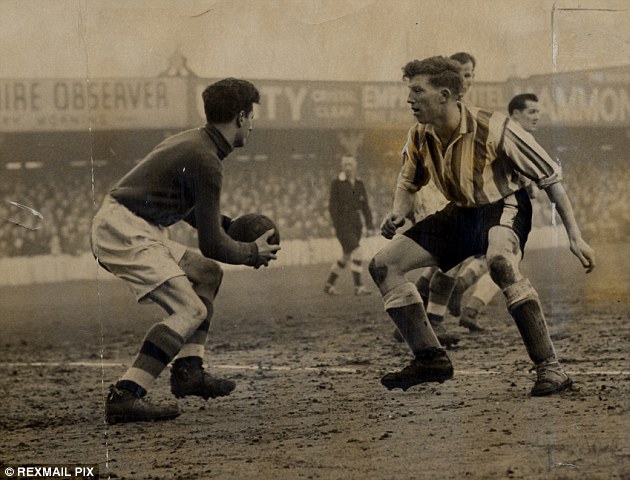 The most plausible theory is that chemicals sprayed on the pitch in an attempt to make it playable in freezing conditions had infected the wound as Dooley lay flat-out receiving treatment for his double fracture.

Only as he was being discharged after three nights in Preston Royal Infirmary did anyone notice.

Staff were scribbling messages on his cast when a nurse tickled his toes, remarked how cold they were and became concerned when Dooley said he could not feel them.

Hasty examinations were followed by emergency surgery as doctors realised gas gangrene was rising quickly towards his upper body.

Dooley’s right leg was amputated near the hip to save his life. 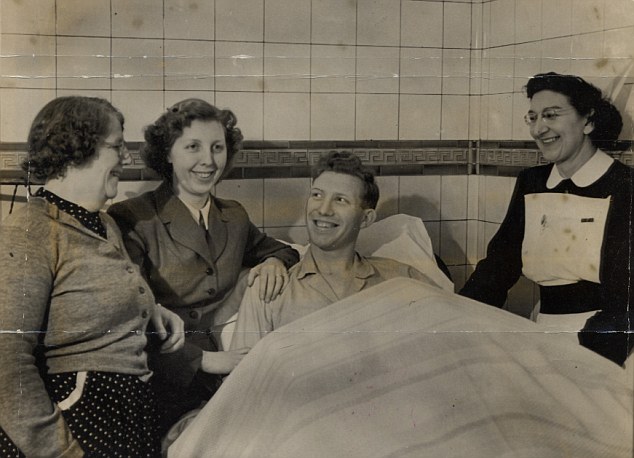 When he was released from hospital, nine weeks later, he was thankful to be alive but suddenly without a trade or a home of his own and no longer qualified for the club’s housing list.

Wednesday paid up his contract until the end of the season and the PFA donated £200. The Star and Telegraph local newspapers launched a Shilling Fund which raised £2,700 and enabled the Dooleys to buy the semi in the south of the city where Sylvia still lives at the age of 86. 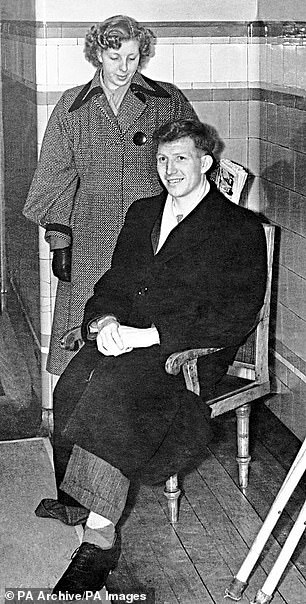 Dooley set about learning to live with an artificial leg, held in place with a broad leather belt around his waist and a heavy fabric harness over the opposite shoulder.

While Dooley joked about volunteering as a corner flag at Hillsborough, he did return to coach and took a pay-cut to swap his job at a bakery for the chance to manage the club’s new development fund lottery.

David Ford, a scorer for the club in the 1966 FA Cup final and a player who later joined the Blades, and Howard Wilkinson, who became Wednesday’s manager, technical adviser and chairman, both recall Dooley coaching in the youth ranks.

‘He was in charge on the day I went for my first trial and he ran our Under 19 team,’ said Ford. ‘He ran the lottery and I’d collect money from the apprentices and take it to Derek in his office and we’d sit and talk.

‘We were all Wednesdayites in our house. My dad first took me to Hillsborough in 1951 and we’d stand on the terrace in front of the South Stand in days when they’d pass children over heads to the front and we’d watch through the iron railings.

‘I can remember watching Stanley Matthews. Everybody loved Dooley. When he was fighting for his life we’d rushed out and buy the Star for the daily updates.’ 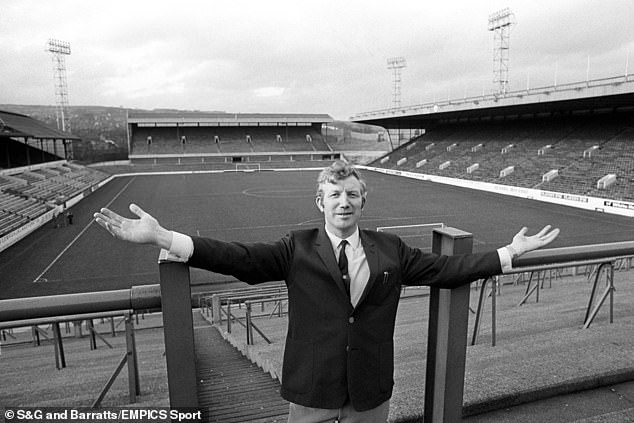 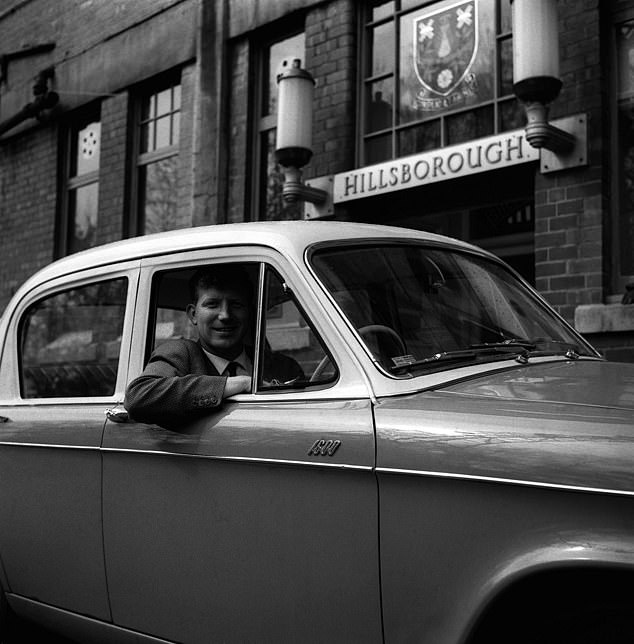 It was a surprise when Dooley was named manager in January 1971. Some suspected the board were cashing in on his popular status at an awkward time. Some said all along he was too nice to be a manager.

Still, he kept them in Division Two and it was an even greater shock when the club sacked him, nearly three years later, on Christmas Eve.

Sylvia vowed never to set foot inside Hillsborough again and has been true to her word. Daughter Suzanne converted to Sheffield United. Son Martyn, told by his father to follow his heart, remained a season ticket holder at Wednesday.

Derek did not return until March 1992 when encouraged by chairman Sir Dave Richards to attend the derby in his official capacity with Sheffield United.

He was coaxed on to the pitch where he was presented with an oil painting and received a standing ovation from four sides of the ground. 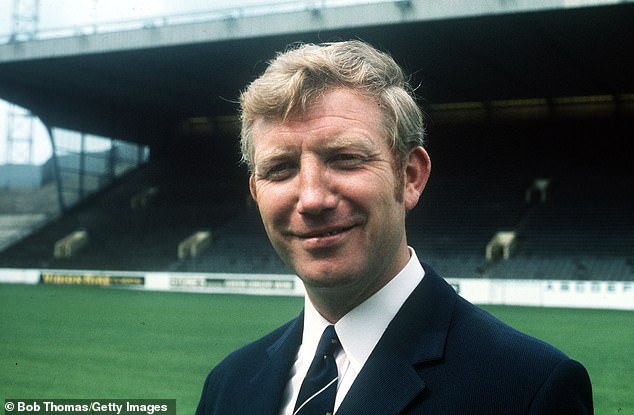 ‘He was a unique figure in Sheffield football,’ said Keith Farnsworth, a former sports editor of the Sheffield Morning Telegraph and ghost-writer of his autobiography Dooley!

‘There are people in history with links to both clubs but not like Derek. He was different.

Dooley would be thrilled to see the Blades chasing promotion with strong Sheffield connections — captain Billy Sharp, manager Chris Wilder and Tony Currie, the club’s greatest ever player, on the board.

‘Derek was always the same bloke,’ said Wilkinson. ‘Nothing changed when we were on opposite sides of the fence. He just wore a different tie.’

Bassett was grateful for his presence as he led Sheffield United into the Premier League. ‘He thought like a footballer,’ said Bassett. ‘He’d come to see me before board meetings, say, “Dave, you don’t want to know about the toilet rolls, so let’s do these things first and then you ask if we can sign a player. They’ll say ‘We’ll have to think about it, off you go Dave’ and you’ll be on your way in five minutes”.’

After his death in 2008, the council named part of the city’s ring road in his honour.

‘I hear his name on Radio Sheffield and it makes me jump,’ said Sylvia. ‘I’ll think, “Oh no, what’s he been up to nofw? He’ll be in trouble again”.’

At Bramall Lane, they commissioned a statue.

‘When they were making it, they asked me to go and have a look,’ said Sylvia. ‘There was just the head at one end of a big table. It wasn’t quite right. I said, “He would never part his hair on that side and this bit isn’t quite right over his ears”.

‘I didn’t like to criticise but they said that’s what they wanted and we sat down talking at the other end of the table when the head started moving about on its own. It wobbled and someone said, “That’ll be Derek”. It fell on the floor and smashed!’

Sylvia was invited to the sculptor’s London studio to see the finished article.

‘I walked in and he was facing the other way but I knew it was him,’ she said. ‘Even the back of his jacket hung in just the right way. I thought, “That’s him”.’