Home » Soccer » How Chelsea could line up with Hakim Ziyech, Timo Werner and two more signings 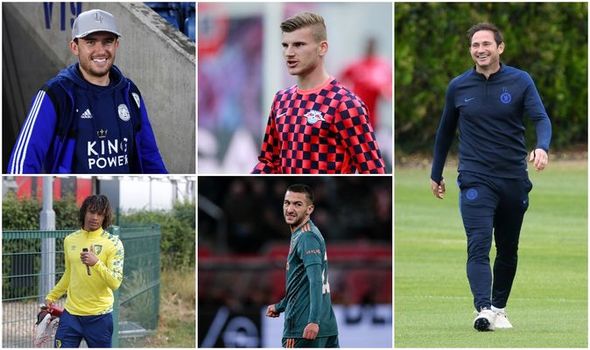 Chelsea are not hanging around ahead of the summer transfer window. Ajax’s creative wizard Hakim Ziyech has already been acquired and he looks set to be followed to Stamford Bridge by Timo Werner after the RB Leipzig hotshot agreed a five-year contract. Frank Lampard could make a further two signings before next season gets underway.

A new left-back is next on the transfer agenda. The Chelsea boss has identified Leicester City’s Ben Chilwell as his dream target. While the two clubs are a long way apart in their valuations, the Blues are confident of sealing a deal.

A central defender is also on the agenda and the Guardian report that Lampard could re-sign Nathan Ake from Bournemouth. He is available due to a £40million buy-back clause, although a cheaper fee could be negotiated if the Cherries are relegated.

If Chelsea land the defensive duo then that would take their summer spending rocketing past the £100million barrier.

With four new signings, the question would turn to how Lampard fits all the pieces together. Express Sport takes a look at how Chelsea could line up.

A new goalkeeper as a replacement for Kepa Arrizabalaga was mooted but the Spaniard is likely to be given another season to prove his worth.

As Chelsea continue their youthful revolution it is likely that Reece James will gradually edge Cesar Azpilicueta out of the first-team picture at right-back, although the Spaniard’s versatility makes him a brilliant option when the fixtures pile up.

Ake would be a brilliant option for the left centre-back role and would partner well with Antonio Rudiger. The likes of Azpilicueta, Fikayo Tomori, Andreas Christensen and Kurt Zouma being in reserve means Lampard would have a plethora of options.

At left-back, Chilwell will probably be the priciest signing of the summer window, although would offer a long-term solution to a problem position.

Lampard’s strength in depth in midfield means he could pick two or three players in the middle of the park. 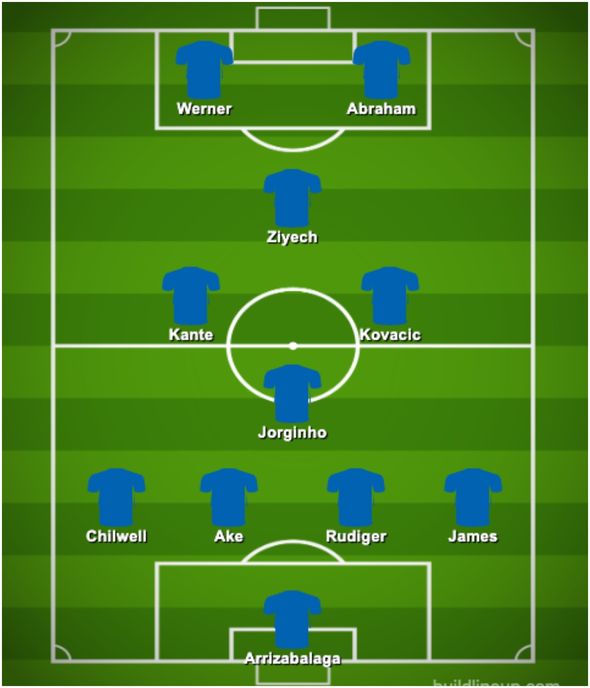 If Jorginho and N’Golo Kante remain on the club’s books then they would likely continue their partnership, while Mateo Kovacic has been one of the most impressive performers this term. He could fill the third midfield slot in a 4-3-1-2 formation.

It’s in attack that Chelsea look set for their greatest change. Lampard will be eager to continue Tammy Abraham’s development, despite Werner’s arrival. They both boast pace and power among their attributes and would thrive off the service from Ziyech. The Ajax man could operate in the No 10 or play on the right, with Werner moving out to the left wing, allowing Abraham to operate through the middle.

It is clear that Lampard will have a number of options at his disposal next season – and Chelsea could be a dark horse in the title race if they enjoy a successful summer in the transfer market.