Bernardo Silva was Manchester City’s player of the year last season and must surely now be regarded as one of the finest players on the planet, but it wasn’t always that way. In conversation with former Benfica coach Joao Tralhao, Adam Bate examines how Bernardo had to come through his own crisis of confidence as a youngster before tasting success.

It was an unprecedented domestic treble, the greatest season in Manchester City’s history, and no player did more to make it happen than Bernardo Silva. For club and country, the Portuguese had the season of seasons. In every way that matters, he is a superstar. It makes it all the more remarkable that he did not always believe that he was destined for the top.

In fact, as a teenager playing for his beloved Benfica, the club that he had supported since he was a small boy and still follows to this day, Bernardo was ready to give it all up. Joao Tralhao was a coach in the club’s famed academy at the time and remembers it well. “He wanted to quit playing for Benfica,” Tralhao tells Sky Sports. “He wanted to quit his dream.”

The moment of frustration came because he was struggling to make an impression. “When he was around 15 or 16 he did not play,” recalls Tralhao. There was no place for him in the Benfica team and in the mind of a young boy that meant no place for him in the game. Tralhao, then coaching the U19 side, inherited a player whose confidence had been dented. 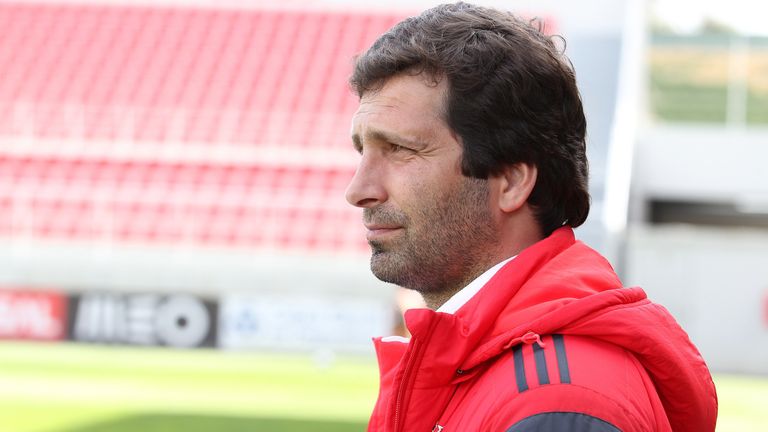 “I knew him from a very young age,” he explains. “At that time, I watched the sessions of every age group and I spoke with my colleagues about everything.” The talent was not in question but there were concerns, as Nuno Gomes told Sky Sports. “He struggled because of his size,” said Benfica’s former academy boss. “He was not as strong as the other boys.”

Bernardo himself credits a conversation with a Portuguese footballing hero as the turning point. Fernando Chalana is still fondly remembered in his homeland as the ‘little genius’ because of his skills on the wing for Benfica and Portugal. A diminutive figure at just 5’5″, he too had to overcome a slender frame to make a success of his career at the highest level.

Chalana was working as a coach at the Benfica academy when he pulled Bernardo aside to tell him that he should not be disheartened by his lack of minutes – he was the best of the lot. “That was probably the single most important conversation I’ve had in my life,” Bernardo later recalled. “Without Chalana, I don’t know what would have happened to me.”

The significance of the moment was that it infused the youngster with the belief that he could compete – a belief that had been lacking. This is not the tale of an ugly duckling who became a swan. There was no growth spurt, no physical transformation that altered everything. Bernardo remains only 5’8″. What changed was his outlook, his mentality. He needed to change his mentality. Professional football will put many obstacles in front of you and you cannot give up, you have to step up.

“I spoke to him at that moment,” recalls Tralhao. “We had a very open conversation about what he needed to do to confirm his potential. He could not at that time think about his physical qualities. It was not important. He needed to change his mentality. Professional football will put many obstacles in front of you and you cannot give up, you have to step up.

“We spoke a lot about what needed to happen next. He needed to understand what he could work on and what he could not work on because the physical qualities are not only up to you. So let’s focus on the things that you can control such as your focus. I assured him, because I knew his talent, that if he did so he would become the player he wanted to be.”

Having been a peripheral figure in the younger age groups, Bernardo went on to become a key player for Benfica’s U19 team. “I made him my captain and we won the league which was not easy because that league is very physical and we were not a physical team at all,” says Tralhao. “We were technical and tactical so we were different from the other teams.

“Bernardo’s success in that team was nothing to do with his improved physical qualities because at the age of 19 he was about the same as where he had been at 17. It was about his mentality. Confidence was very important for him and we had a very good connection during our two years working together because he trusted me and I believed in him.” 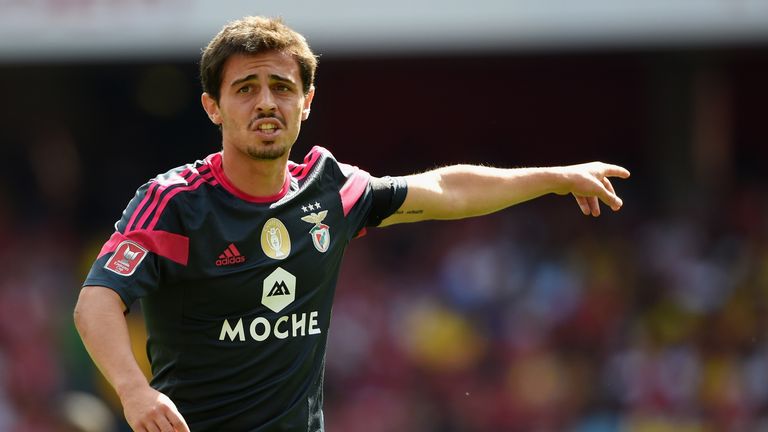 Sadly for Benfica, their first-team coach at the time, Jorge Jesus, was not so convinced even after Bernardo had taken a further step with the B team. “I was training as a left-back and I realised that I had no future in the team,” the player would later admit. Thankfully, others had already noted his talent. When the offer came from Monaco, he did not think twice.

The subsequent success that Bernardo has enjoyed has seemed inevitable. There have been no more bumps in the road. The transition to life at Manchester City was smooth with Pep Guardiola apparently smitten from the outset. Tralhao is not surprised. Bernardo has all the attributes that Guardiola craves in a player. They are the perfect fit.

“We cannot forget Bernardo’s technical skills. He is a very creative player, that’s one of his best weapons. But to be creative you need to have an environment around you that promotes this behaviour. You need the right amount of freedom. Too much freedom and it becomes chaos. Not enough freedom and everything becomes very reactive.

“If you open the players’ tasks up just enough then you produce more creative players and you produce players with better decision-making skills. I think this was one of the secrets that saw Bernardo explode as a creative player. The environment was there for him to be creative and make good decisions in one of the most important positions on the pitch.

“He can create as an 8, as a 10 or as a winger and, tactically, I think the process of his development has promoted his best qualities. If you look at his time at Monaco, Leonardo Jardim did the same. He left him free to play. Pep Guardiola is the same. His football is very creative and gives the possibility for Bernardo to make those good decisions.”

Interestingly, when asked in an interview before the U21 European Championships in 2015 what he regarded as his best quality, the young Bernardo cited his decision making as his greatest asset. That knowledge of when to speed the play up and when to slow it down, when to get back into a defensive shape or exploit a weakness, is rare but he always had it. 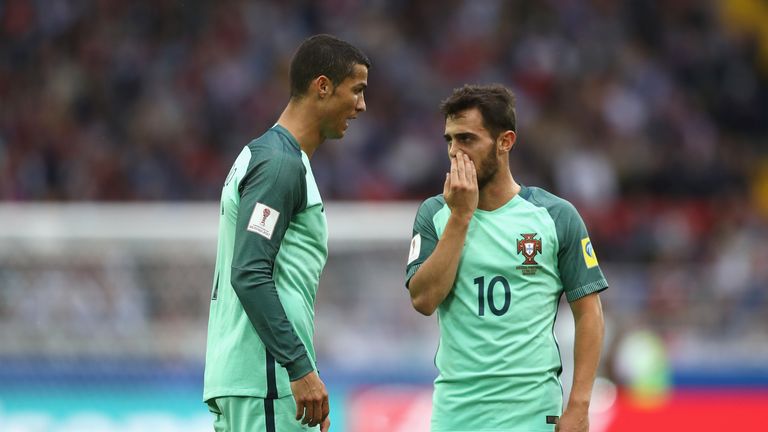 Perhaps Bernardo’s upbringing within the prolific Benfica academy helped him in another way too because it taught him humility. The knowledge that he wasn’t always the star man but instead someone who has had to scrap for what he has achieved in the game has impacted his style of play. No Manchester City player covered more ground last season.

When asked recently about the prospect of a Ballon d’Or win, Bernardo simply replied that his goals are collective. He is the ultimate team player and even now, after all his exploits with Manchester City and winning the player of the tournament award for Portugal in their Nations League success on home soil, there is still a sense that he can be underestimated.