Those managers struggling with fixtures, weight of expectations and empty stadiums at the top of the game should try sitting in Hereford’s dugout this weekend.

The club, who will play an FA Trophy quarter-final at Aldershot, are one of many up and down the land which glue communities and families together, usually attracting 2,500 people to their Edgar Street ground before the pandemic.

But the three National League divisions were not deemed significant enough to extend a £10million National Lottery grant, designed to keep them afloat until January. 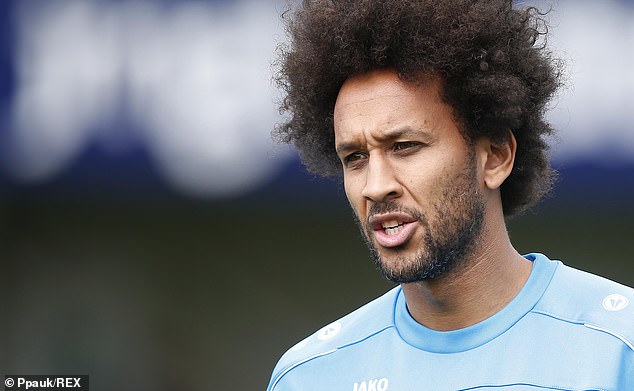 Josh Gowling has proved an excellent manager in a crisis, his degree in psychology has helped

They were offered loans instead, though the idea of being saddled with debt in a climate like this horrified many, including Hereford — a phoenix club formed in 2014 when Hereford United went bust. National Leagues North and South voted last week to abandon their seasons.

It means that player-manager Josh Gowling, who has reversed several years of struggle at Edgar Street, will have no team to manage if he cannot take the team beyond National League Aldershot, who continue to play.

The 37-year-old has seen the decision to fold the season coming for weeks because, with the grant money running out and no sign of an extension, fixtures were being scratched. ‘A lot of the other clubs felt that with no Covid testing and no grants forthcoming, they would not play fixtures,’ he says.

‘Teams were not turning up. Eventually clubs were emailed and told there would be sanctions — fines, or even expulsion from the league. There was also talk of giving points to clubs that missed out on those games.

‘But can you fine clubs because they didn’t want to continue because there is no funding? Clubs didn’t know the repercussions of playing. We feel a bit misled, having been told there were grants for us to continue. It has meant that we, as divisions, have wasted £10m of charity money that could have gone into good causes like mental health.’ 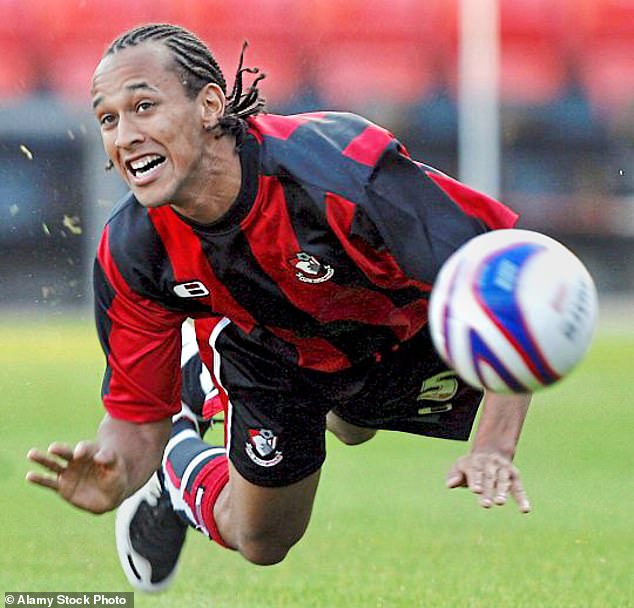 Hereford’s games against Curzon Ashton and Bradford Park Avenue were cancelled at 24 hours’ notice. They had played a mere 13 matches and, though 12th, would have gone level with leaders Gloucester City had they won their five in hand.

Wages across the National League North are between £350 and £1,500 a week, with Hereford nowhere near the top end of that scale. But for some of Gowling’s players, who have had to take pay cuts, the football salary is a key source of income: as much as 50 per cent in some cases.

‘A lot of lads that have never worked outside football before have had to get jobs as labourers or delivery drivers,’ Gowling says.

‘Lads sign up for something here and then it changes dramatically. That’s probably hit the older ones harder. They have their families and are the providers. Football does have many transferrable skills but as an employer looking at a footballer, you ask them what they’ve done and they have no work experience. That’s hard.’

Gowling, who succeeded Russell Slade 13 months ago, has proved an excellent manager in a crisis, not only turning the club around but providing emotional intelligence for uncertain times. His degree in psychology has helped. 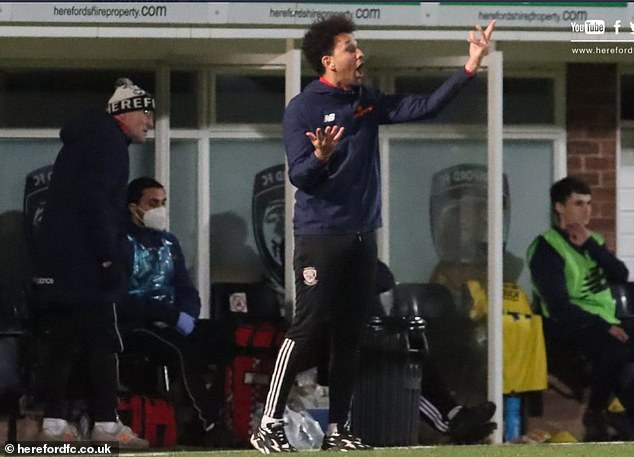 ‘At the end of the day I work for them, they don’t work for me,’ he says of his players. ‘Obviously I need to get results but I want to develop players and take them forward.’

His own playing career began with two years in Denmark, with Herfolge, after he was released by West Bromwich Albion. It was not always the easiest place for a player of colour to be.

‘Some of the terms used out there were a bit different,’ he says. ‘It wasn’t a very diverse culture. But it didn’t stand in my way. And people were willing to listen if they made mistakes and said the wrong things.’

Now he finds himself as one of only nine black managers in the top six divisions. ‘I think for me the biggest thing is contacts: the hierarchy having contacts with black people and understanding that we are all the same, even if we have a different colour.

‘I’m the first black manager at Hereford but they just see me as someone who is young, hungry and wants to be a manager.’

A place in this weekend’s FA Trophy means Hereford cannot furlough players like other clubs in the now suspended league. ‘The club have got to find the money to pay the players for the time we’re still in the Trophy,’ Gowling says. ‘Hopefully that will be a few weeks yet.’ 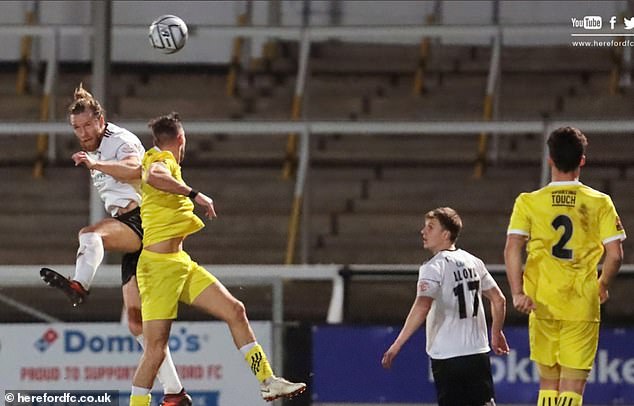