Welcome to Manchester! Erling Haaland arrives at the Lowry Hotel wearing a £2,000 backpack (in Man City colours!) as he prepares for his big Etihad showcase in the Champions League quarter-final

Erling Haaland has landed in Manchester ahead Borussia Dortmund’s clash with City on Tuesday night.

The 20-year-old striker has attracted interest from Europe’s elite after another season of rampant goalscoring in the Bundesliga and Champions League.

Pep Guardiola and City are fond admirers of Haaland and are one of the favourites to land his signature this summer ahead of the likes of Real Madrid, Barcelona and Manchester United to name a few. 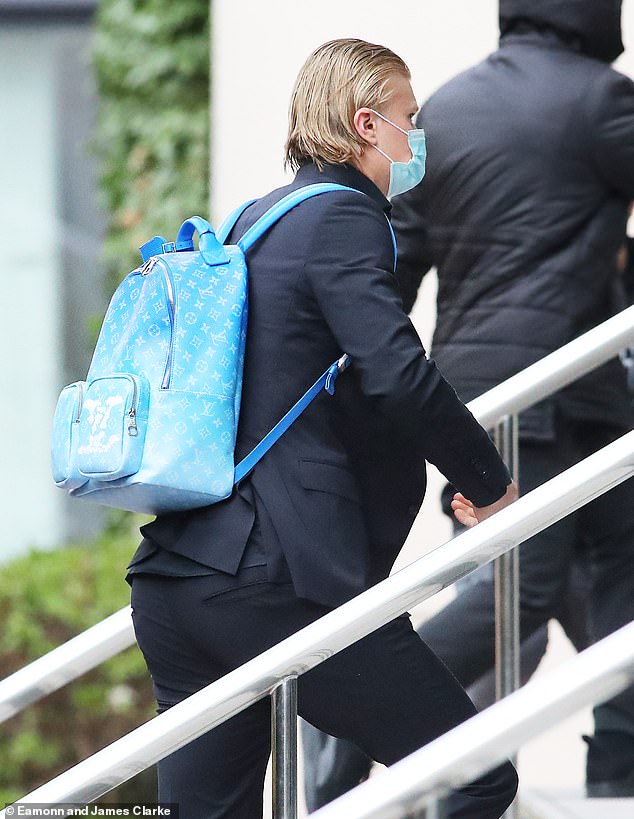 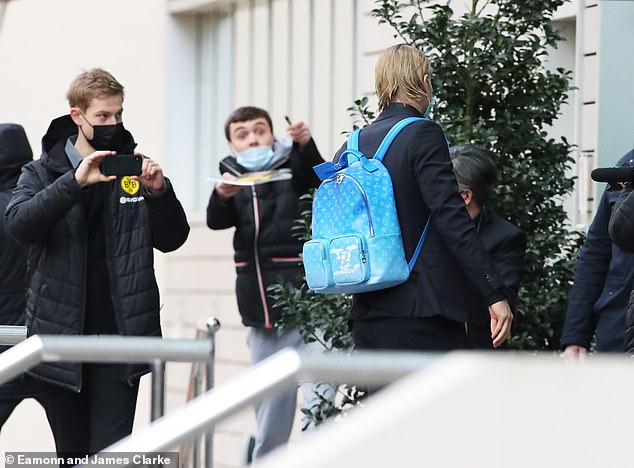 Haaland was spotted sporting a £2,000 Louis Vuitton back pack in Manchester City colours 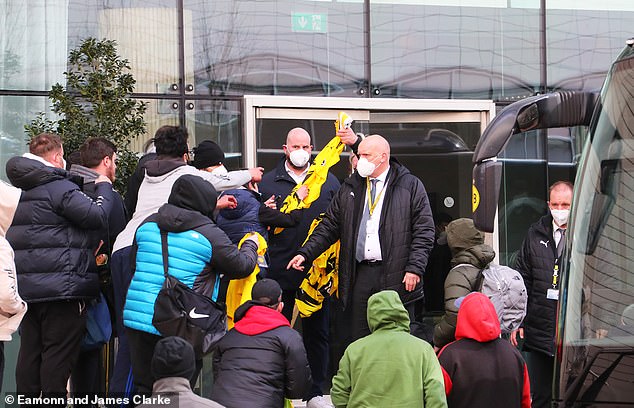 Fans flocked to try and get Haaland’s attention, with his future in Germany still unknown 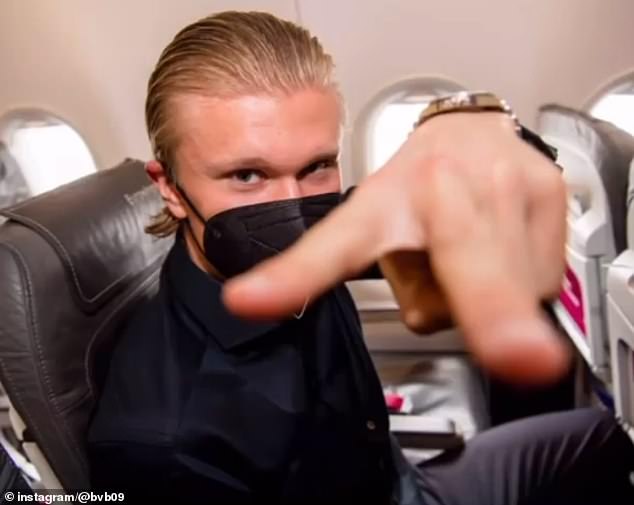 The Norwegian looked calm and collected ahead of his big Etihad audition as the Dortmund squad arrived at the Lowry hotel.

The striker – whose father used to play for City – has scored ten goals for Dortmund in six Champions League matches to help lead them to their quarter-final tie with the Premier League giants.

City boss Pep Guardiola has revealed that they may break their transfer record – of £62million on Ruben Dias – but kept his cards close to his chest when speaking specifically on the Haaland links. 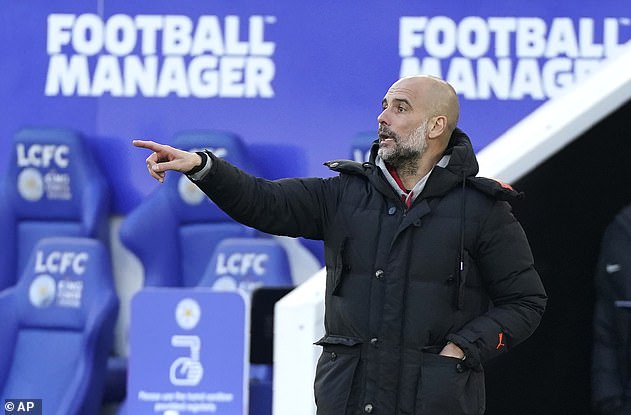 ‘So far, the club has decided not to spend close to £100m for a player,’ Guardiola said on the eve of meeting Dortmund.

‘Maybe in the future it will happen when the club decides it is necessary to improve the team for the next five to 10 years. The organisation has so far decided not to and that is why we haven’t. Maybe in the future.

‘Spending a lot of money on one player doesn’t give you an advantage to win. Football is a team game, everyone makes a contribution. Competitions are not won by one player, it is every player.’

Haaland has 33 goals in 32 games this season and became the youngest-ever player to reach 20 Champions League strikes. 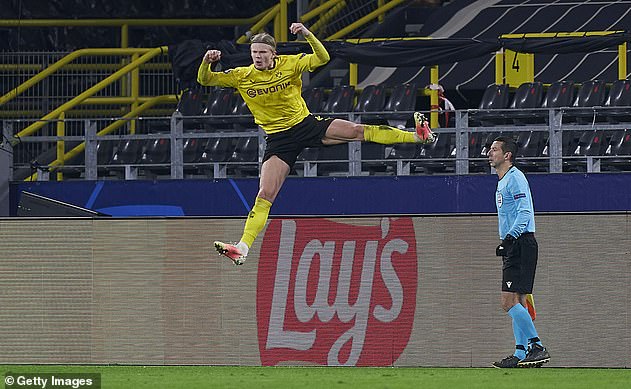 ‘He’s exceptional but it’s not appropriate for me to talk about him,’ Guardiola added before being pressed on the 20-year-old’s qualities.

‘The numbers speak for themselves. He can score right, left, counter attacks, in the box, headers. He’s a fantastic striker, everyone knows it. A blind guy can realise he’s a good striker, it’s not necessary to be a manager.’

Following the announcement that Sergio Aguero will be leaving the Etihad this summer, City have big boots to fill this summer with a new striker top of their transfer wishlist.