Football is an integral part of everyday life on Merseyside. It is entwined in the fabric of society. The new Premier League season began in Liverpool with the champions taking on Leeds United at Anfield on Saturday evening, but dotted across the city are scores of grassroots clubs that perform an important role in the community. Most survive on a shoestring and exist only because of the energy and goodwill of volunteers.

Kingsley United are one of those teams. The club has been providing an outlet for young people in multi-ethnic Toxteth for nearly two decades, battling for survival in one of the poorest and most challenging areas in the region. The Liverpool 8 district is historically home to the city’s black community and has suffered badly from both overt and institutional racism. It is a place where people struggle to overcome a lack of opportunities.

For Earl Jenkins, who has run Kingsley United for 18 years, results and victories on the pitch are mere side issues to more important objectives. “It’s about more than football,” he said. “I want the club to be known for life-changing aspects. Football’s just a hook.”

Jenkins has clear objectives when he turns up for training. “If we push players on to careers in the game, that’s just a by-product of what we are trying to do,” he said. “We need to break the generational cycle of crime and unemployment in Toxteth. Kingsley United is not just a team. It is a way of keeping youngsters on the right path.”

That ambition recently received a boost when Nike, Liverpool’s new sponsors, approached the club and entered into a multi-year partnership. The sportswear giant’s involvement has made a big difference to the finances.

“Nike came into the area because the company was keen to create more of a legacy than just being associated with Liverpool,” Jenkins, a head of year at Calderstones school, said. “They did six months of research and said Kingsley’s name came up 80 per cent of the time when they spoke to people about grassroots football. I got a phone call out of the blue saying they wanted to support the work we do.”

The injection of revenue has allowed Jenkins and the numerous volunteers who make the club function to embark upon some ambitious programmes. “Nike asked what I would do if I had more money,” the 47-year-old said. “There were four main things. First, there is a lack of coaches from black and minority ethnic backgrounds. The club could be double the size but can’t get enough coaches. We are creating bursaries to get young people  on the coaching ladder.”

The next step was to develop girls’ teams. Nikita Parris, the England and Lyon forward, played in mixed sides for Kingsley, as did Everton’s Chantelle Boye-Hlorkah. “Setting up girls’ teams has been high on the agenda for some time,” Jenkins said. 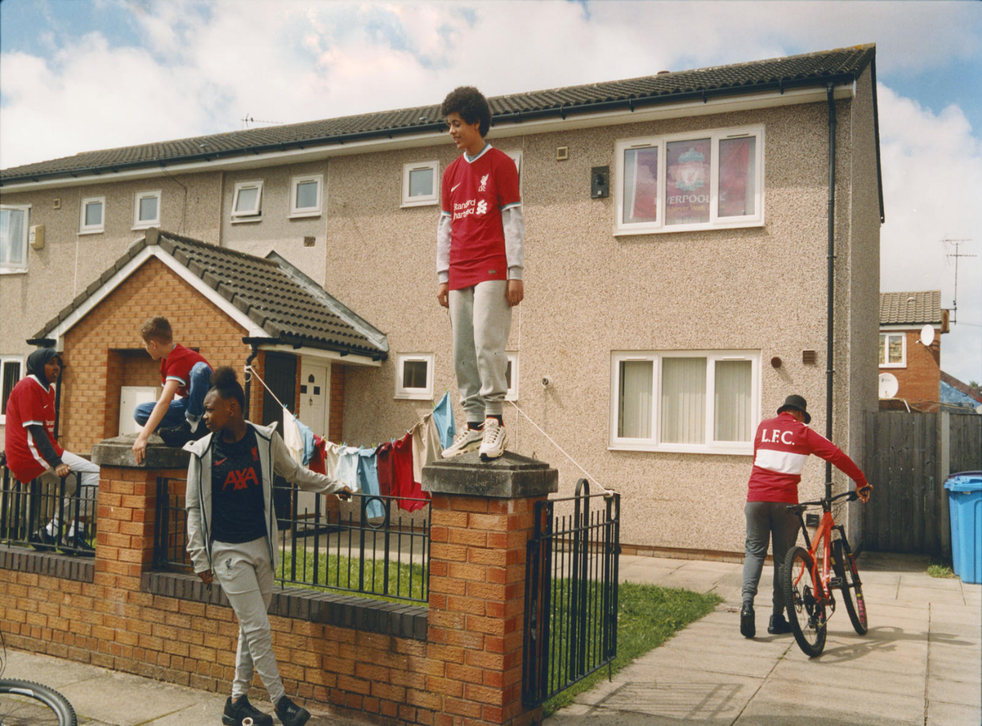 The other two initiatives reflect the wider social ambitions of the club. Jenkins is keen to operate summer soccer camps that boys and girls can attend during the school holidays. This would benefit poorer families and give youngsters a focus during the break. The final proposal was to set up a youth forum. Jenkins was previously involved in a similar body in Toxteth until funding was removed. “It gave the kids a voice in local politics,” he said. “It’s time to give them back that voice.”

Jenkins speaks for the club but is reluctant to take credit for its success. “There are lots of people involved,” he said. “We could not continue without people giving their time.” He has pride in the achievements of players like Parris, Boye-Hlorkah and Jazz Scarlet-Brown, a 13-year-old who plays for Liverpool’s girls’ team and trains at the academy, but takes particular pleasure in watching the personal development of troubled youngsters. “One of the kids who was excluded at school when he arrived at the club is now a teacher,” he said. “He was the first of his family to go to university. He broke the cycle.”

There are numerous stories of a similar nature. “We want to raise the aspirations of the kids,” he said.

In a district where aspiration and opportunity are lacking, Kingsley has played a vital role. It grew out of two clubs, Tiber FC and Stanley House, that were based either side of Kingsley Road in Liverpool 8. When they combined, the players were asked to come up with a name for the new team and chose to honour the street that once divided them but now brought them together. The badge is a mission statement in itself, with a black and white hand clasping each other, reflecting Toxteth’s racial diversity.

There are other partnerships in the pipeline. Jenkins is talking to Liverpool Football College, which offers further education for students interested in pursuing a career in the game. Steven Gerrard is one of the college’s ambassadors. “We’ll benefit from getting their coaches involved with us,” Jenkins said.

Not everything is positive for Kingsley. For neighbourhood clubs there are always challenges. A shortfall in cash means a clubhouse with dressing rooms and educational suites is still unfinished. Jenkins approaches potential hurdles with positivity and remains focused on the objectives of the club.

“If a kid’s dream is to play football, we’ll help them,” he said. “But we want to go beyond that and help them with life. This club is at the heart of the community in Toxteth.”

From the very top of the game at Anfield to the streets of Liverpool 8, football is underpinned by a sense of togetherness. Kingsley United are living proof of this. The investment from Nike will ensure they grow and thrive.