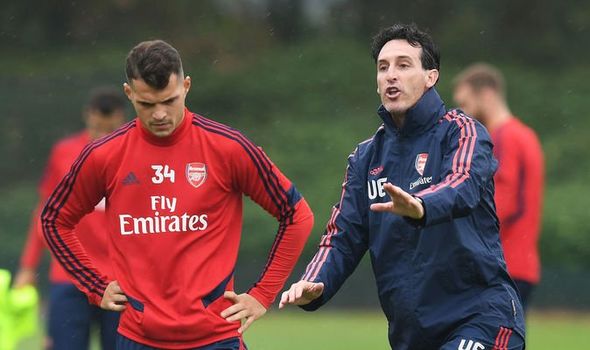 Granit Xhaka told Arsenal manager Unai Emery he is not ready to play against Leicester this weekend.

The Swiss international has not featured in a matchday squad since he told Arsenal fans to “f*** off” when leaving the field against Crystal Palace on October 27.

Xhaka, who said he reached “boiling point” after abuse directed at him and his family online, was stripped of the club captaincy as a result.

The midfielder has take part in training as he looks to regain his spot in Emery’s first team but told the Spanish tactician he is not yet ready to return.

Asked whether Xhaka would feature against Leicester, Emery replied: “Not yet.

“I spoke with him on Tuesday for how he is feeling now and his mind because he is training well but he said to me he can’t play.

There are doubts over whether Xhaka still has a future at Arsenal following the incident with rumours spreading that he may be sold in January. 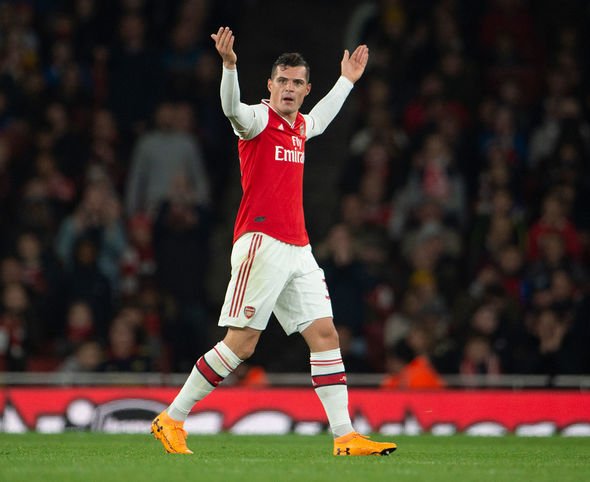 Xhaka wants to ensure that, despite skippering his national team, he cements a starting spot for Switzerland ahead of Euro 2020 – and he believes he needs to play regularly at club level to achieve that.

“My wish is that we get back to a place of mutual respect, remembering why we fell in love with this game in the first place,” Xhaka wrote at the end of his statement in response to the Crystal Palace incident.

Pierre-Emerick Aubameyang was promoted to Arsenal captain after Xhaka was stripped of the honour and Emery explained that decision at his Friday press conference. 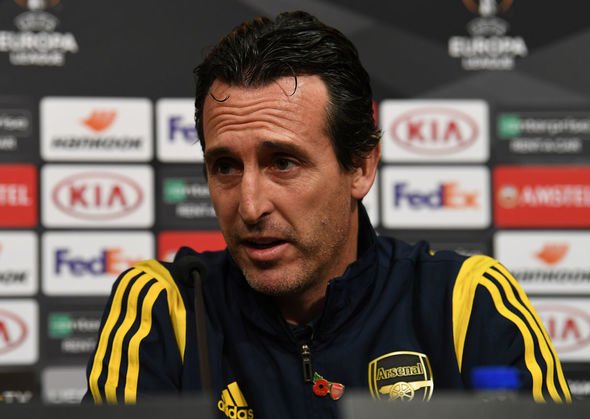 “The first captain is Aubameyang because he is experienced and he has the respect of the dressing room,” Emery said.

“He was the top scorer last year in the league and I know he needs time to take that responsibility 100% but we will support him.

“Every player will support every captain (Aubameyang, Hector Bellerin, Mesut Ozil and Alexandre Lacazette) and we are going to support him as first captain.”