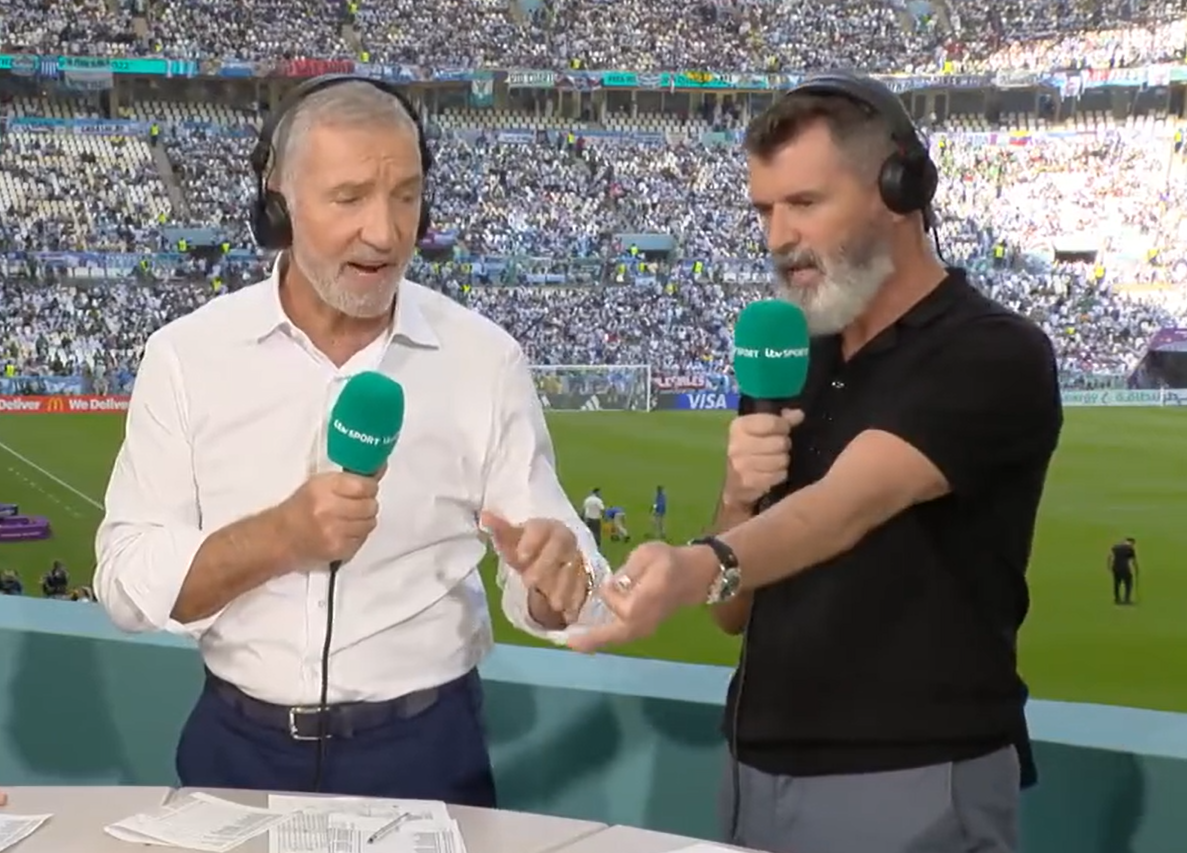 Graeme Souness and Roy Keane were involved in a heated row during half-time of Argentina’s shock World Cup defeat to Saudi Arabia as they argued over a penalty kick.

The Copa America holders went into the half-time break with a one-goal lead after Leandro Paredes was adjudged to have been pulled down by Mohamed Kanno inside the box, with Lionel Messi dispatching the resulting spot-kick.

But the penalty appeared to be rather soft, with Paredes – who was nowhere near where the corner kick ended up landing – going down very easily.

Referees in Qatar have been asked to look out for blocking and holding from players who are not looking at the ball, but Souness and Keane clashed over the incident and ended up bickering on air for several minutes in a very tense exchange.

Keane disagreed, responding: ‘No, no, no. All this is going to do is encourage diving. He [Paredes] is dragging the Saudi Arabia defender down, he’s dragging him down!’

Souness: ‘Roy you’re not listening to what [presenter] Laura [Woods] said. It’s a directive from the referees.’