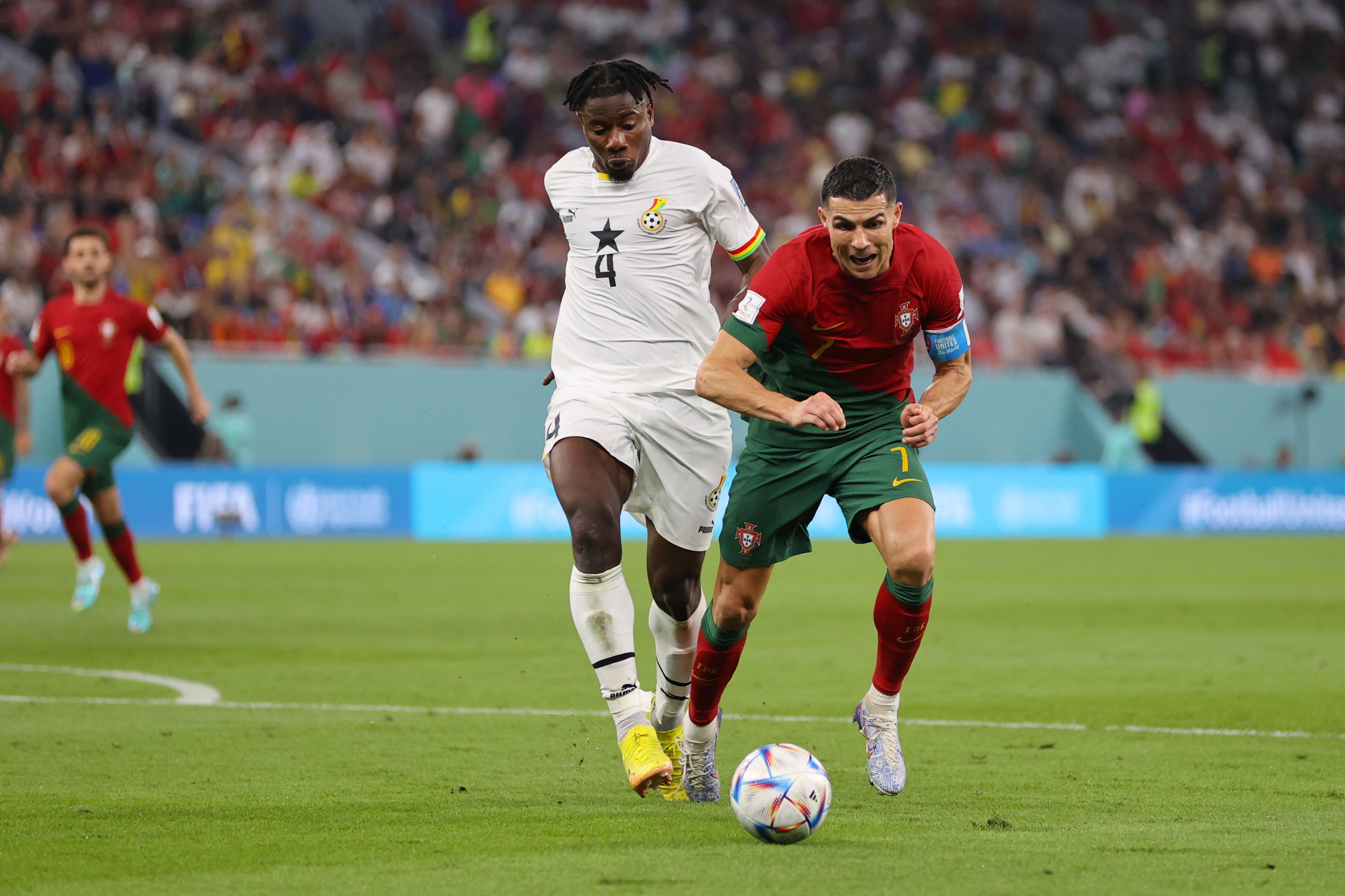 Ghana head coach Otto Addo has slammed the Cristiano Ronaldo penalty decision after his side’s 3-2 defeat to Portugal in their World Cup opener on Thursday.

Ronaldo was brought down by Mohammed Salisu in the second half and stepped up to score the penalty which secured his place in World Cup history as he became the first male player to score in five different tournaments.

Ghana gave Portugal a late scare with Osman Bukari’s goal in the 89th minute, but they were unable to find the equaliser in injury time.

Speaking after the game, Addo hit out at American referee Ismail Elfath over his decision to award Portugal the penalty.

‘The referee gave a penalty which was not a penalty – everyone saw that. Why? Because it’s Ronaldo or something?’ Addo said to beIN Sport.

When asked in his post-match press conference if he believes the foul was given because it was Ronaldo, Addo replied: ‘I think you have to ask the referee. I have no proof of that. We were playing the ball and then there was contact.

‘If you look at the replay, we played the ball, it was actually a foul against us.

‘If somebody scores a goal, congratulations. But this was really a gift.

‘Up to the penalty, everything was possible. Then the game got a little bit wild.’