Home » Soccer » Georginio Wijnaldum plans to return to the Netherlands

Liverpool’s Georginio Wijnaldum, 29, plans to return to the Netherlands to finish his career

Liverpool’s star midfielder Georginio Wijnaldum says he plans to finish his career in the Netherlands.

The Dutchman, 29, does not plan on retiring for another nine years but says he would like to return to his homeland at some point in his career.

He told Dutch publication Rijnmond: ‘In the future I see myself playing for Feyenoord, PSV or Sparta again.’ 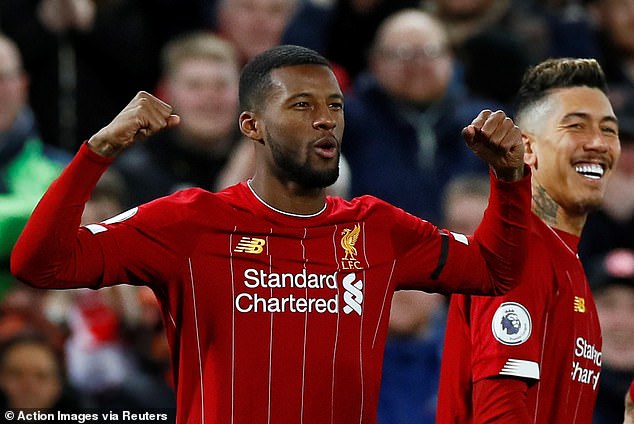 Wijnaldum started his footballing career in the youth ranks at Sparta Rotterdam before moving to Dutch heavyweights Feyenoord.

He notched up more than 100 appearances for the senior side before he was lured to PSV, where he attracted attention from abroad with his performances.

The midfielder then moved to Newcastle where he spent one season before making the move to Anfield. 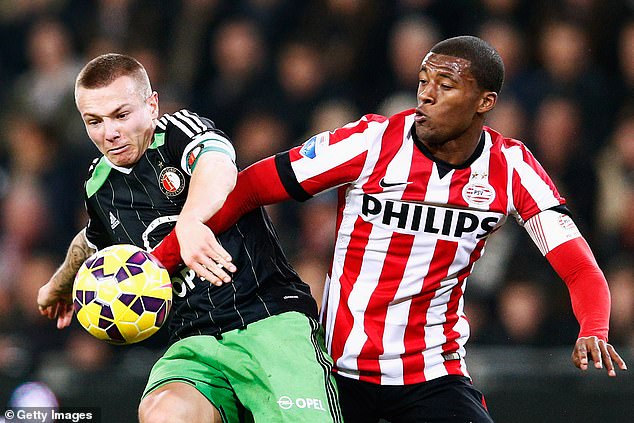 The midfielder’s performances for Feyenoord and PSV attracted attention abroad

Despite playing a key part in the team’s Champions League triumph last season and current unstoppable Premier League form, the midfielder still harbours ambitions of returning to his homeland.

He said: ‘Sometimes I look at Sparta and think “it would be great to spend my last years as a professional there”. In the Netherlands I played for three clubs and still have a good feeling about all three of them. But you can only pick one.

‘I can’t promise anything though. I learn from other players too. Van Nistelrooy once promised to come back, but changed his mind over the years.’ 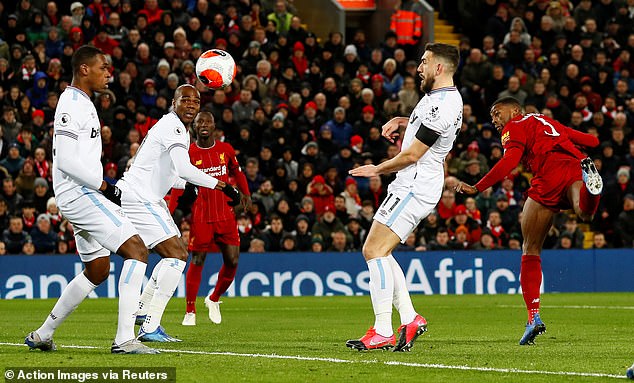 Wijnaldum also said he plans on playing at the highest level for as long as possible, modelling himself on other stars such as Zlatan Ibrahimovic and Clarence Seedorf.

He said: ‘You want to play at the highest level and win trophies, like Clarence Seedorf. It’s my dream to play as long as possible. Like him, Zlatan or Ronaldo. I want to play at a high level until I’m 38.’

The midfielder opened the scoring on Monday night against West Ham as Liverpool extended their winning run to 18 straight games, a joint Premier League record.