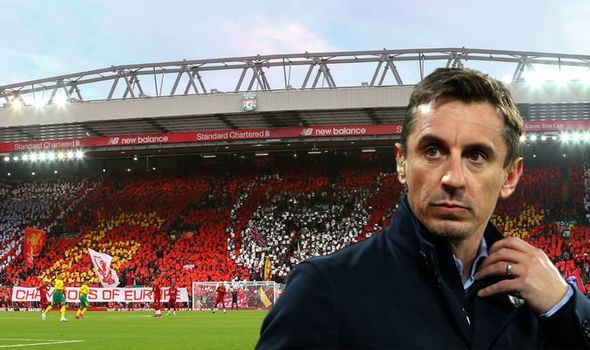 United take on Liverpool this weekend at Old Trafford hoping to bounce back after their worst start to a league season in 30 years.

Liverpool, on the other hand, are hoping to extend or at least maintain their eight-point advantage on Manchester City atop the Premier League table.

The fixture which pits England’s two most successful clubs against each other usually produces former United captain Neville, drawing in references from his 19-year playing career, believes the atmosphere is usually better at Anfield.

“I always think that when you look at the Liverpool vs United game, the game at Liverpool is always much more fiery and emotional than a game at Old Trafford,” Neville told Sky Sports.

“Atmosphere, emotion, feeling; it took me years to get used to playing at Anfield. Years.”

“I always felt the atmosphere was better at Anfield,” Carragher added. “The Kop when you’re coming out, ‘You’ll Never Walk Alone’.” 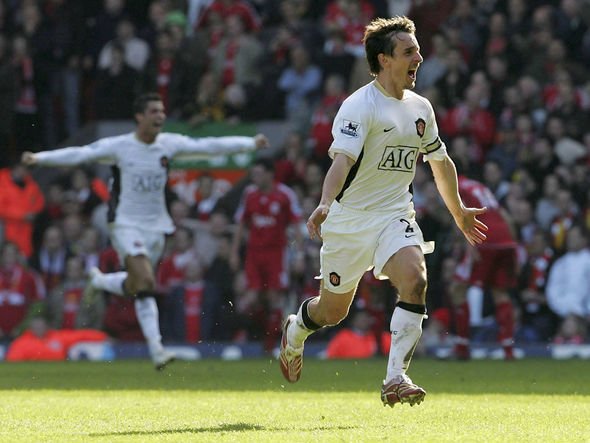 United introduced a “atmospheric” area in the Stretford End earlier this year in a bid to improve the atmosphere inside Old Trafford.

Neville has previously said he would sell the naming rights to Old Trafford if he had the chance to blood the new breed of United fans.

“I would sell the naming rights to Old Trafford if I was at Manchester United for £60, £70, £80million-a-year,” he told The Last Word podcast with Stan Collymore.

“On the understanding that all of the money generated – £800m over ten years – would mean that the whole of the Stretford End would be £10 or £12 to get in, and a proportion of those tickets would go to young people. 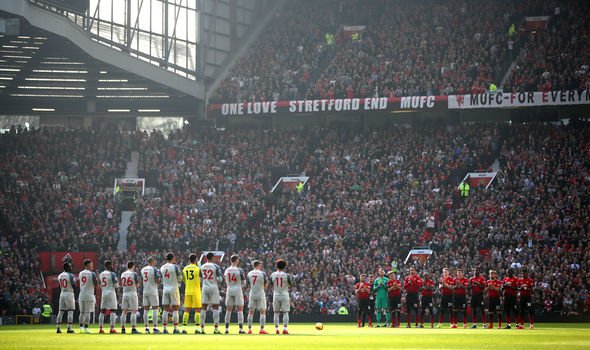 “It’s the first time I’ve made that suggestion, but I’ve thought it for many, many years. You would consult with the fans, you’ve sold sponsorships in every other area of the club.

“But for the sake of it, let’s say you sponsor it for £80 million-a-year, and you call it ‘Stan Collymore’s Old Trafford’ or the ‘Jamie Carragher Arena’ it would subsidise ticket prices for ten years and it would be wonderful.

“It would allow the communities of Stretford, Salford, Broughton, of Ordsall, to get into Old Trafford for the price of a Costa Coffee.”