‘I feel ready to score in Brazil, England, Germany or Spain’: Inter Milan reject Gabigol insists he can succeed in Europe after prolific spell at Flamengo

Inter Milan outcast Gabriel Barbosa is adamant he has learnt from his unsuccessful spell in Italy and believes he remains capable of scoring goals in Europe.

The striker, nicknamed Gabigol, has rediscovered his form during a loan spell with 29 goals for Flamego in his native Brazil this season.

Now set for a permanent departure from Inter Milan, for whom he played just 10 games and scored one goal, Gabigol is likely to sign for Flamengo but insisted he can still thrive in Europe. 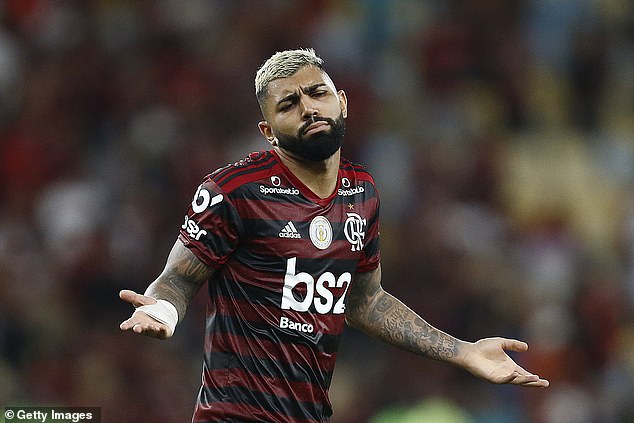 ‘I learned a lot during my time at Inter, even though I had limited opportunities to show my capabilities,’ the Brazilian striker, 23, told AS ahead of Flamengo’s Copa Libertadores final against River Plate.

‘I arrived highly motivated and wanted to show my abilities. I worked hard, I tried to learn the philosophy of every coach in a new environment.

‘Perhaps, with some consistency, my adventure at Inter would have been a completely different story.

‘I always respected the coach’s decisions, even though I felt like I should play more often.’ 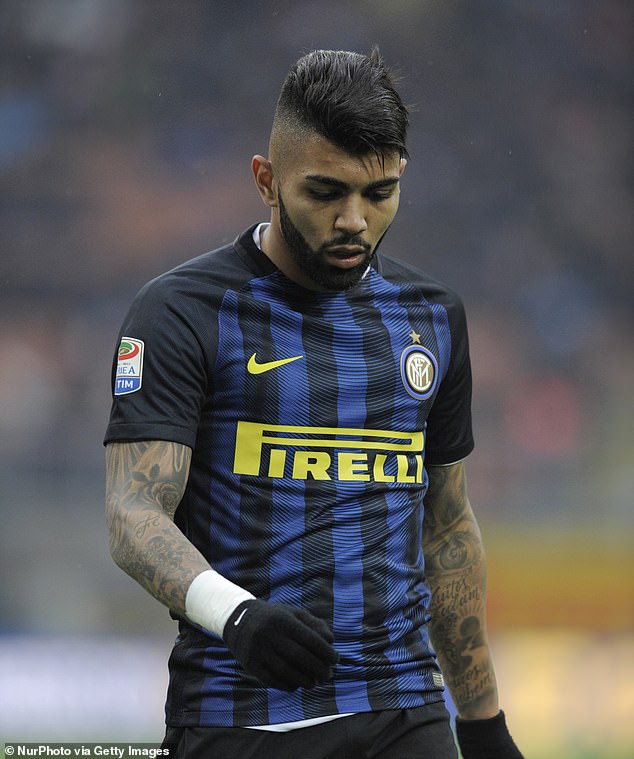 To date, Gabigol has enjoyed three separate loan spells away from the San Siro since joining Inter from Santos in 2016.

The first, at Benfica in 2017/18, saw him play only five games and score a single goal, but he went on to enjoy greater success in a temporary at boyhood club Santos with 18 goals before joining Flamengo.

‘I learned a lot also during my period at Benfica, to always have a smile on my face and work on my own abilities.

‘Today, I’m more mature and it’s normal that it could be more difficult to settle down in a different championship than the one I grew up in. But life is made of choices and risks, I don’t have any regrets. I wouldn’t be what I am today without them.’ 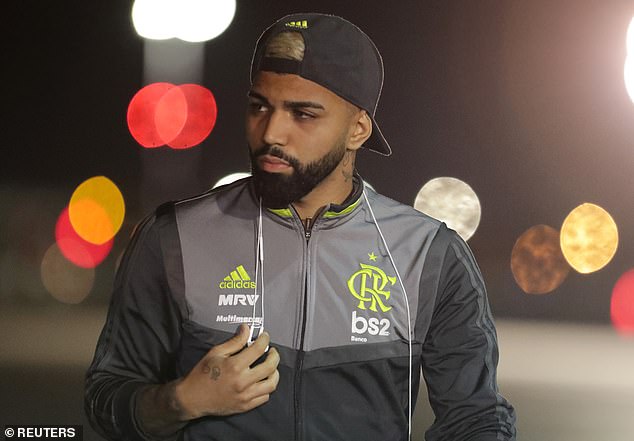 Barbosa appears reborn in Brazil, and is top scorer in the country’s top division.

‘The Brazilian league is one of the most competitive championships in the world. To be the top scorer last season was a very important for my career and I hope to do it again,’ he added.

‘It is the result of how hard I worked and shows my evolution as a player.’

On whether he can still be a success in Europe, Barbosa insisted he has what it takes.

‘I feel ready to score in Brazil, England, Germany or Spain,’ he said. ‘La Liga is certainly a league I like, there are world-class teams like Barcelona, Real Madrid, Atletico Madrid and Valencia.

‘I follow them closely, they have a quick paced style of football and a very high technical level.’

Basketball
Why No. 3 Duke — fresh off a loss to Clemson — is still underrated
Latest Posts

Saracens relegation ‘is most remarkable scandal in the domestic game’