The man up above is only saying kind things in public, but make no mistake, these are hairy times indeed for Slavisa Jokanovic.

Even if Shahid Khan is good to his word in backing Jokanovic, performances and results like this have the potential to call for a hasty rewrite.

It was a bit of a shambles. Not in its entirety because between Callum Wilson’s opener on 14 minutes and David Brooks’ strike midway through the second half, Fulham were decent. Competitive, even. 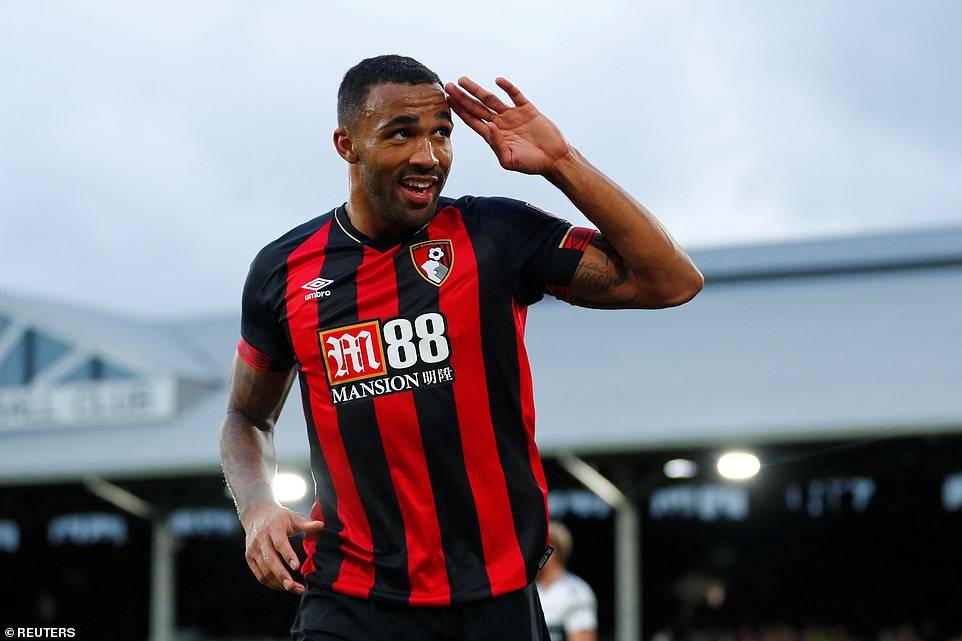 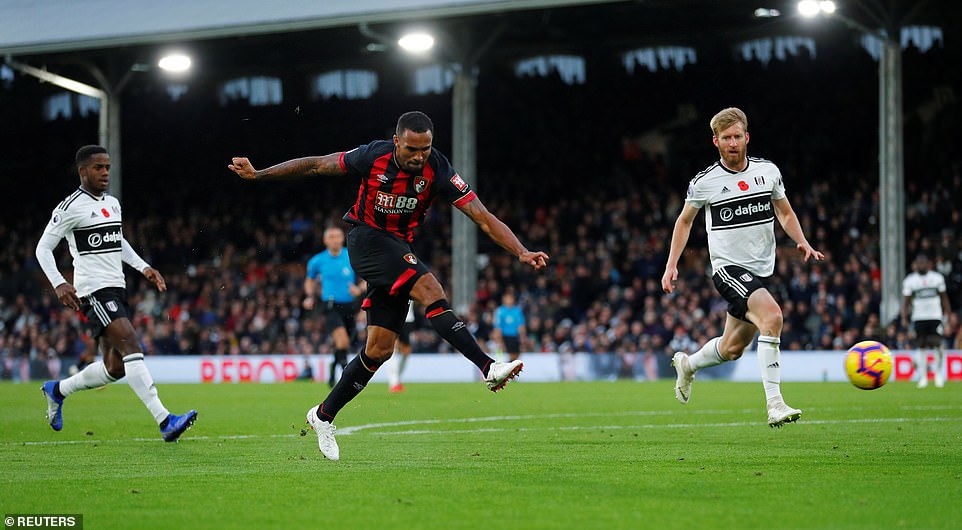 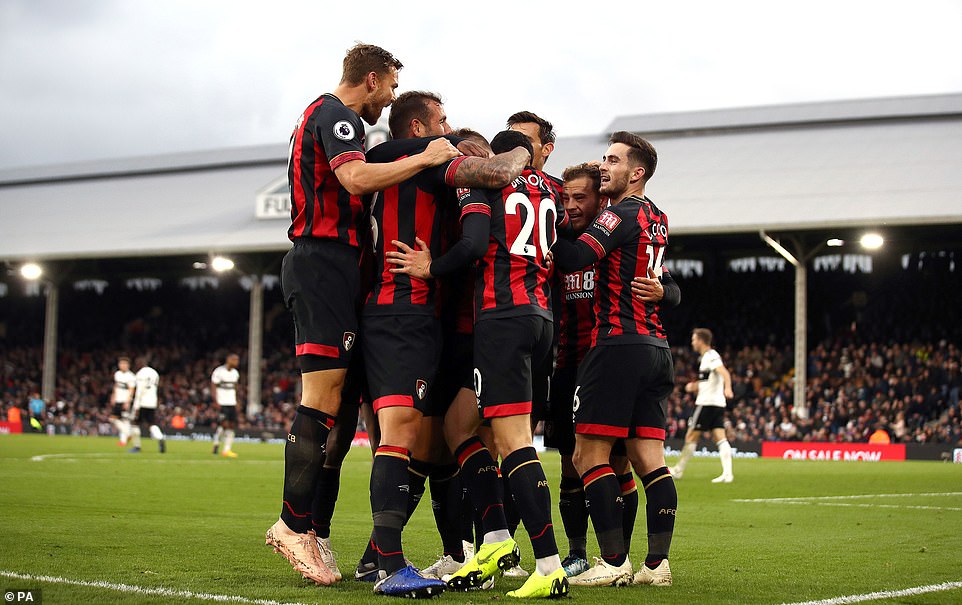 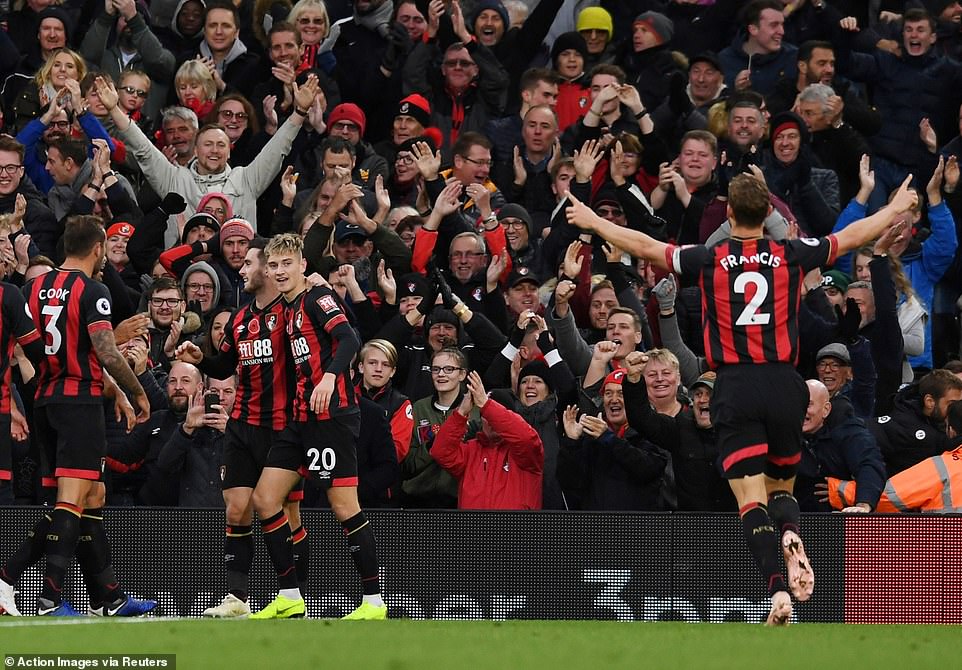 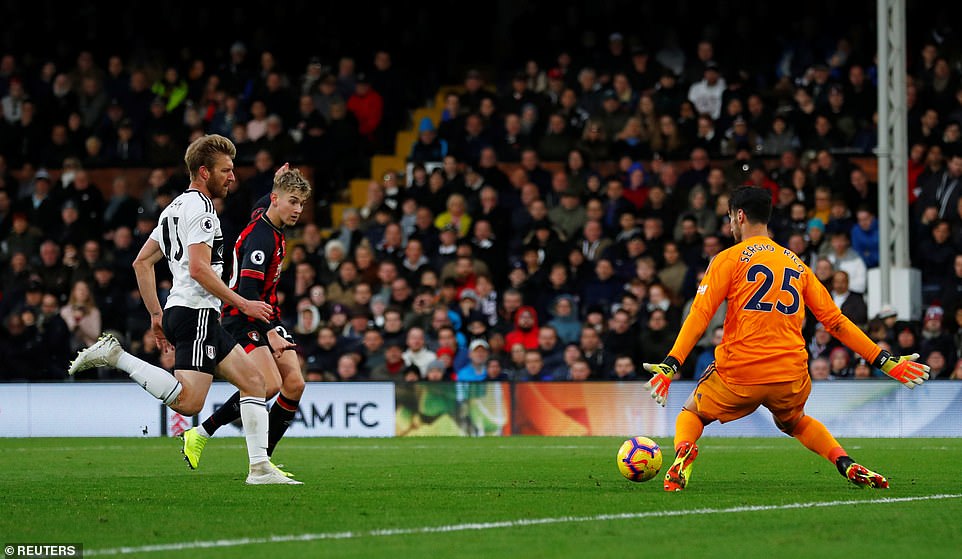 Brooks, impressive throughout, slides under Sergio Rico to double Bournemouth’s lead from a slick counter-attack 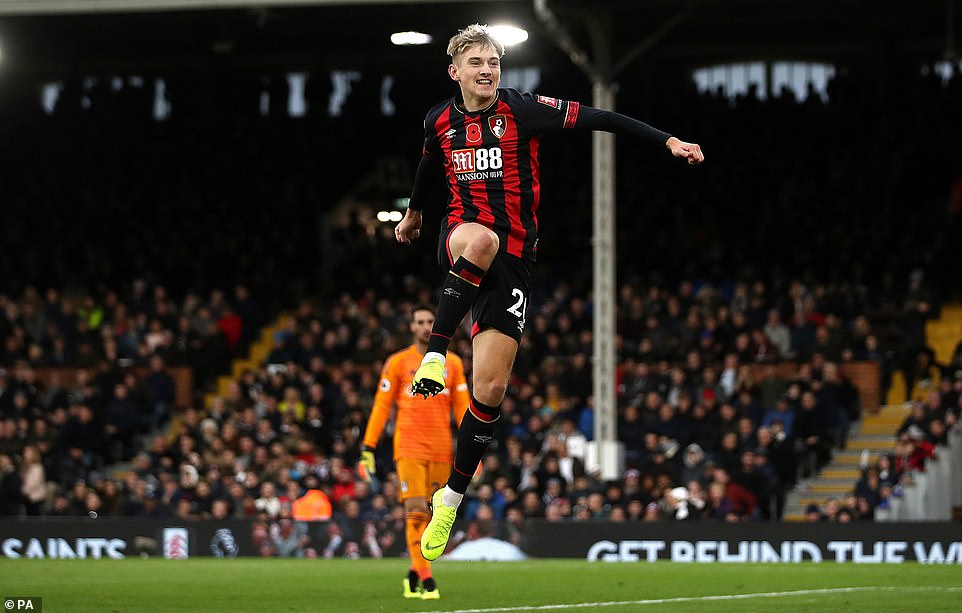 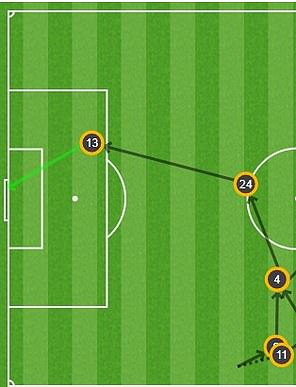 Callum Wilson finished off a flowing move to put the icing on the cake for Bournemouth late on at Craven Cottage. For more of Sportsmail’s fantastic MATCH ZONE feature, click here.

But their underside really couldn’t get any softer. Their spirit for the fight they very definitely face is questionable at best, and that is perhaps a greater sin than the £100m summer spending spree that left them so light on players who can perform defensive duties.

That is a major issue, of course. Just look at the goals here – Wilson got his first from the spot after a silly tackle by Timothy Fosu-Mensah, Brooks scored because Jean Micheal Seri was caught faffing about in midfield and Wilson’s second late on was derived from indifferent marking by Ryan Sessegnon. It is no wonder they have conceded 28 this season – the worst in the division by a stretch and jointly the worst in the history of the Premier League after 10 games.

Do they have the backbone to get out of that mess? It’s what Jokanovic must solve, with Manchester City next up in the Carabao Cup followed by an enormous game against Huddersfield in the league. There’s an ominous feel about it already, heightened only by the forthcoming ban for Kevin McDonald, who was sent off for two yellow cards here.

For Bournemouth, it all just keeps getting better. They are unbeaten in four in the league, have a brilliantly resurgent striker in Wilson and have signed a fine talent in Brooks.

They continue to keep pace with the division’s elite and for that Eddie Howe deserves endless credit, even if a clash with Fulham can count as kind scheduling on current form. 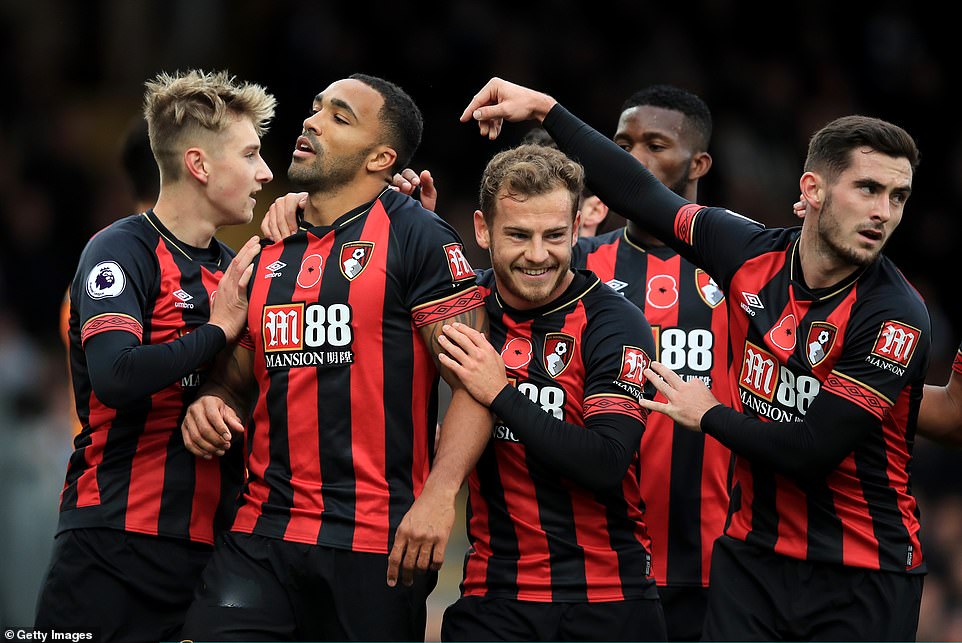 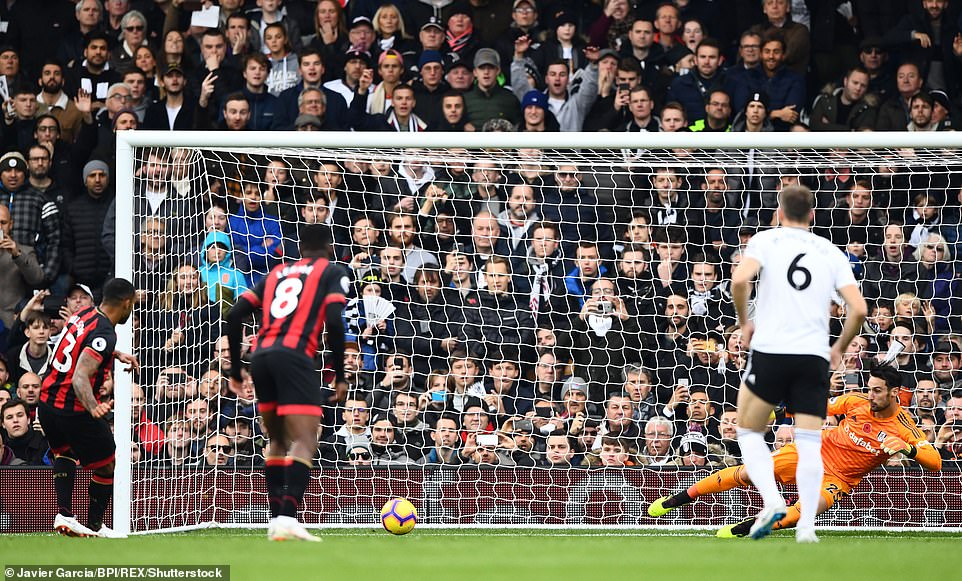 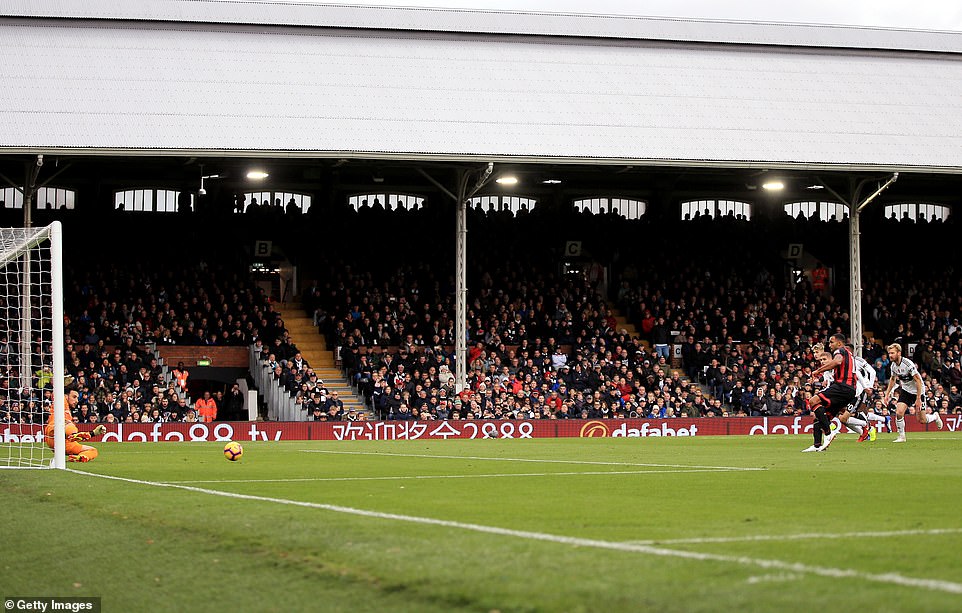 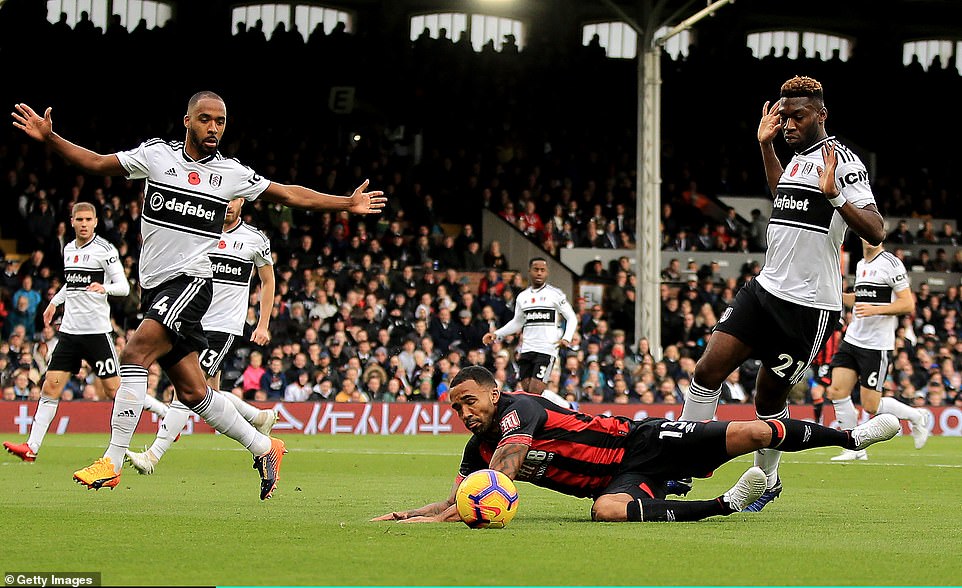 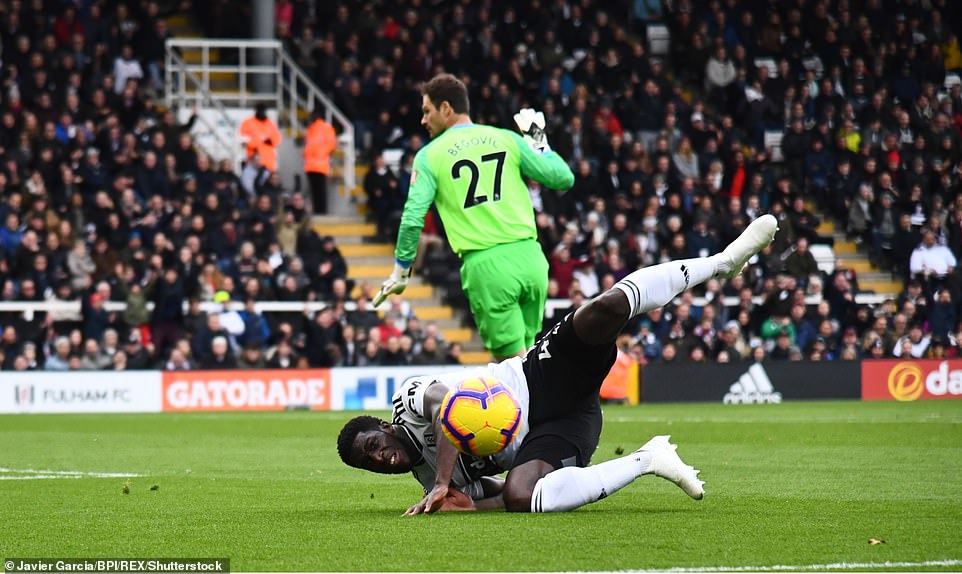 The mind-scrambling nature of the issues facing Jokanovic was summed up by his selection. He changed his system from the 4-3-3 used in the 4-2 battering at Cardiff to a 4-4-1-1 and made three changes to the personnel. Most notably that saw Sergio Rico replace Marcus Bettinelli in goal, just two days after the latter signed a new contract and a matter of weeks after his first England call up. Surprising and a little desperate, yes, but the goal statistics made it a hard call to argue against. Too loudly, anyway.

The other changes saw Aboubakar Kamara switch in for Stefan Johansen and Timothy Fosu-Mensah replaced Callum Chambers, who was axed from the squad altogether after the Cardiff debacle. How did they do? Well, it has to be a measure of how this season is going for Fulham that Kamara was booked in the first half for a dive so bad as to be laughable and Fosu-Mensah gave away the 14th-minute penalty from which Wilson opened the scoring.

But there were bright points, if only fleeting. Andre Schurrle was a blur of tricks and forced Asmir Begovic into a good save midway through the opening half and Kamara and Denis Odoi each came close with headers.

Yet for all the promise of that attack, it is the errors that have put Jokanovic in jeopardy. And not just in defence, which was sturdier than usual in the first 45 minutes, barring the penalty which came from Fosu-Mensah’s clumsy tackle. The sloppiness applies across the board – it’s Schurrle going on a dribble and leaving the ball behind, setting up a counter. It’s Maxime le Marchand pinging a cross-pitch pass straight into touch. It’s Kamara’s dive next to Begovic and the booking that was the least it deserved. 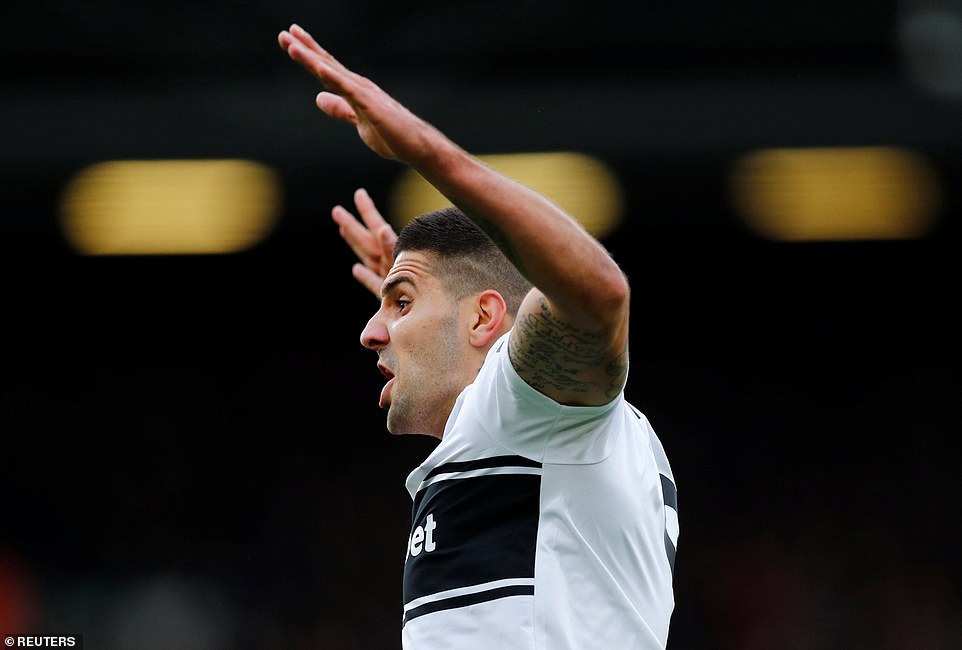 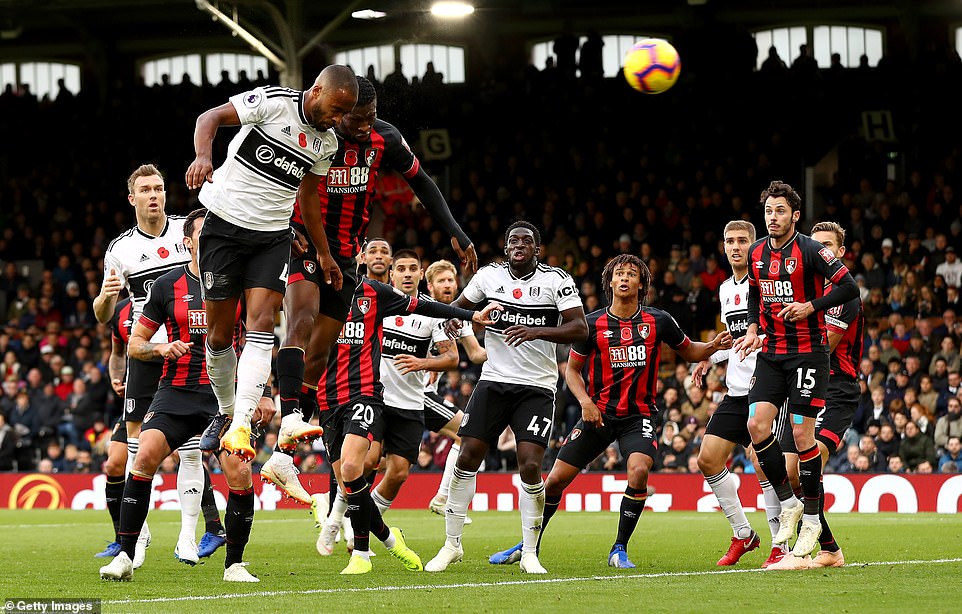 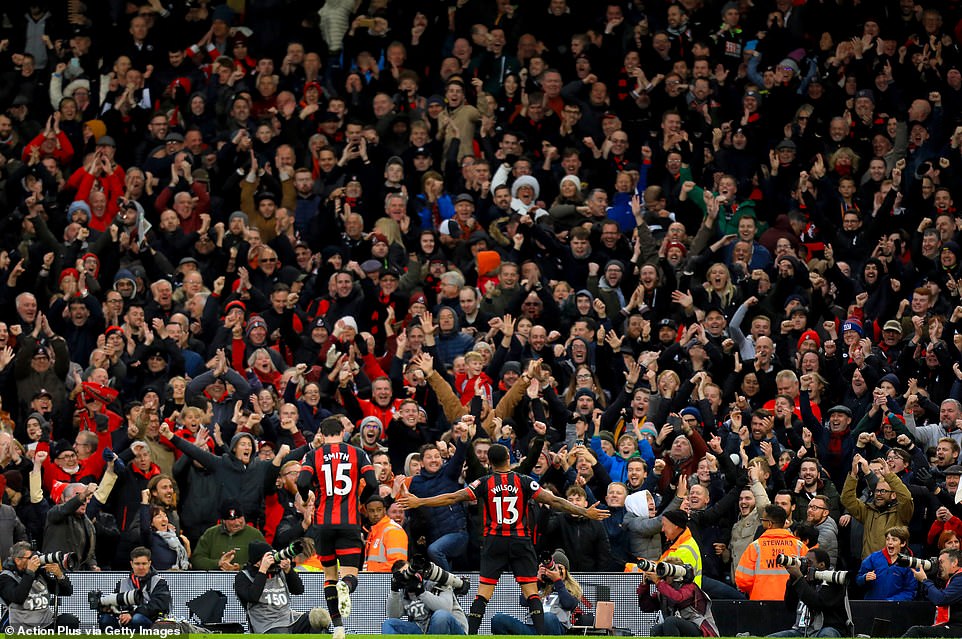 Quite simply, Bournemouth did not need that level of assistance. They are playing well enough without it, even if their chances in the first half here boiled down to Wilson’s penalty and a header he put a fraction over the bar. Without a rush of openings, they still looked the better, sturdier side.

Fulham started the second half with a little more promise and Sessegnon in particular, but that soon gave way to difficulty. Rico caused a little nervousness with a punch under his bar instead of catching and then directed a throw out of play before atoning with a good save to keep out Simon Francis.

Jokanovic responded by adding Tom Cairney to his attack – the captain was making first appearance for a month because of an ankle injury – and with it Fulham snatched back some momentum.

But along came the same old flaws and the same old ending. Jean Micheal Seri was at the root of the second goal by getting caught in possession around the halfway line and from there Ryan Fraser broke and played in Brooks. His speed carried him away from Tim Ream and his finish between Rico’s legs was delightful. That makes three goals for his season following an £11m move from Sheffield United and it is looking like exceptional business.

Kevin McDonald was sent off a moment later for a second yellow card after fouling Brooks and then came Wilson’s second – his fifth of the campaign – followed five minutes from time. Sessegnon had a perfect view of the threat and barely moved as the man he should have been marking went through and finished.

It just about summed Fulham up. 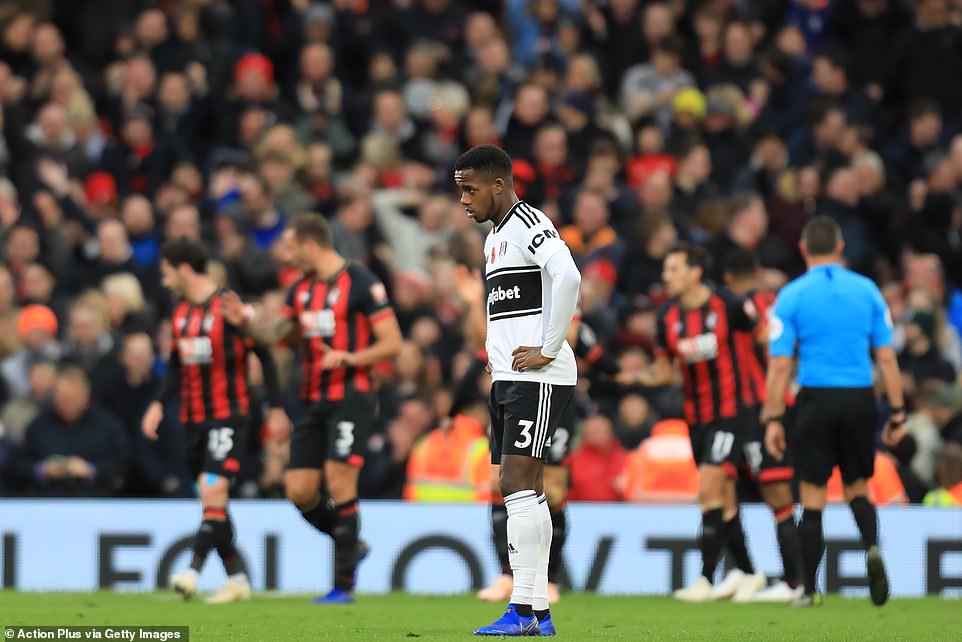 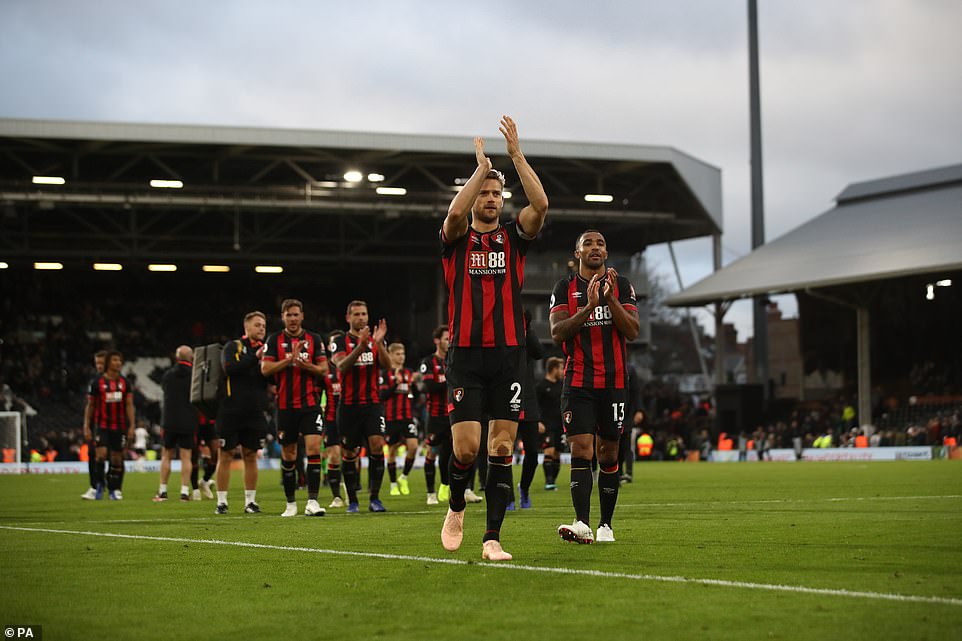 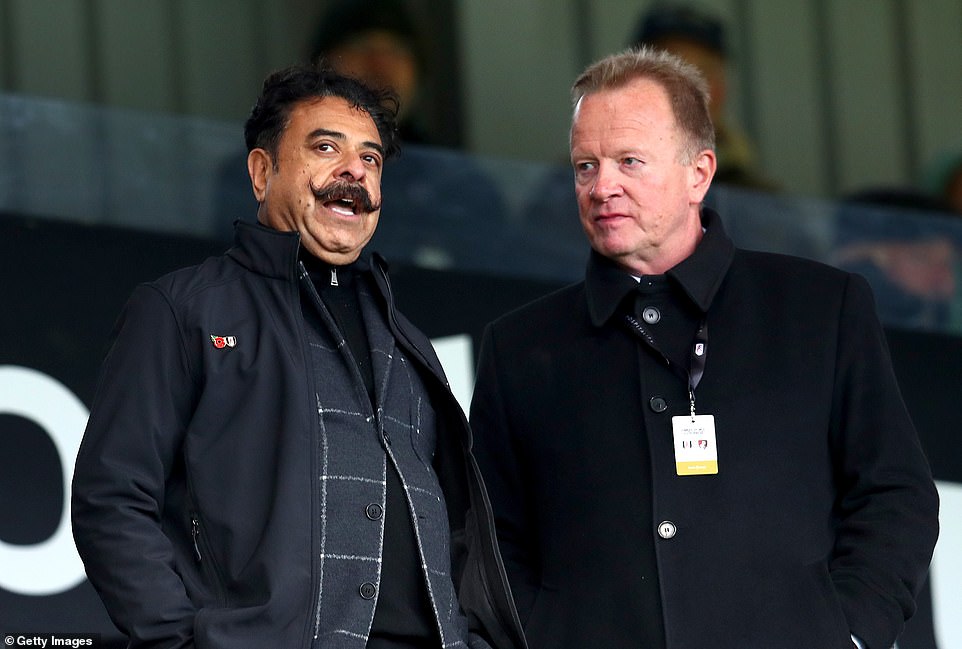 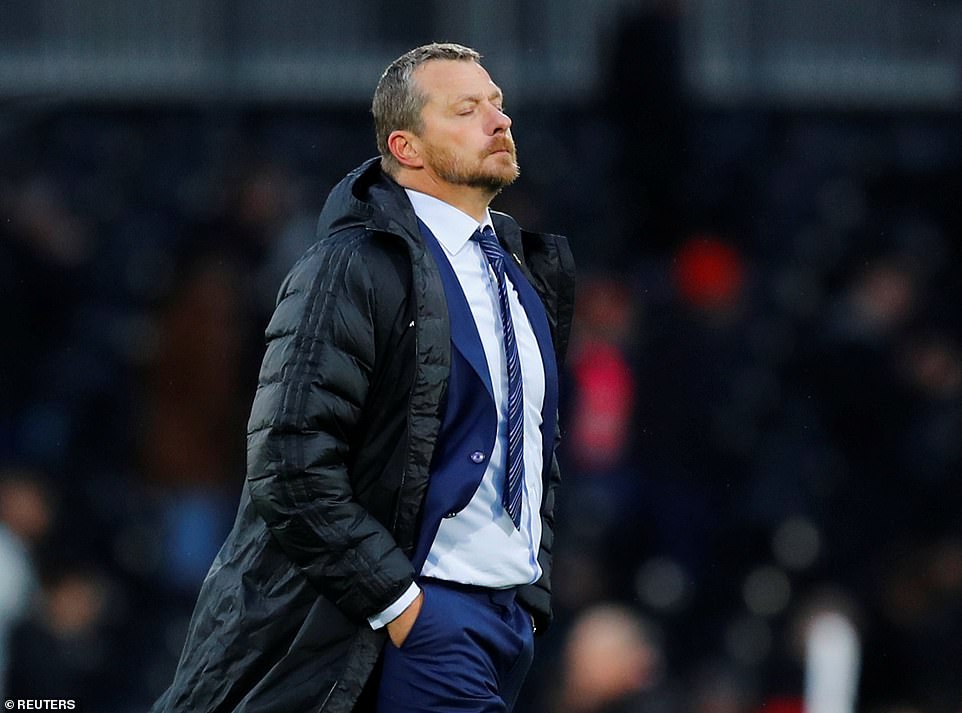