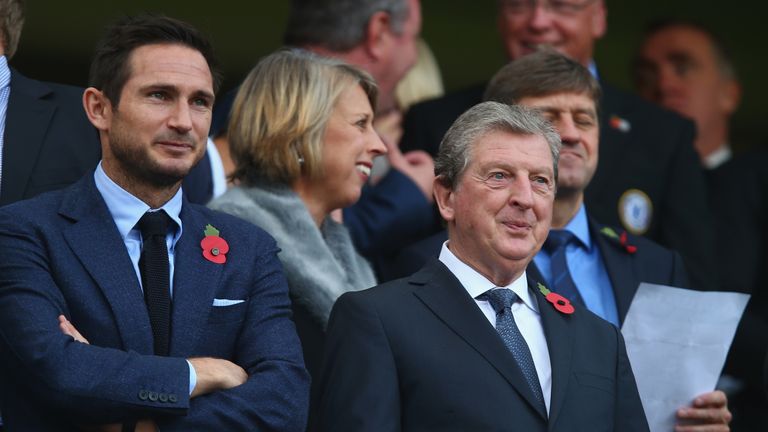 Crystal Palace boss Roy Hodgson always expected Chelsea’s Frank Lampard would make a good manager – but hopes to make his own 300th Premier League match in charge one to remember.

Hodgson, 72, worked with Lampard during his time with England, and will now go head-to-head with the former midfielder in the dugout at Stamford Bridge on Saturday.

The 41-year-old has impressed during his first steps into coaching, having taken Derby to the Championship play-off final last season, and he was named the Premier League’s Manager of the Month for October on Friday.

“Frank Lampard has done a very good job, there is no question about that,” Hodgson said.

“The club have done a good job in encouraging the manager and his staff to blood some of the players that had previously been out on loan. Everyone at the club deserves a pat on the back for that.” 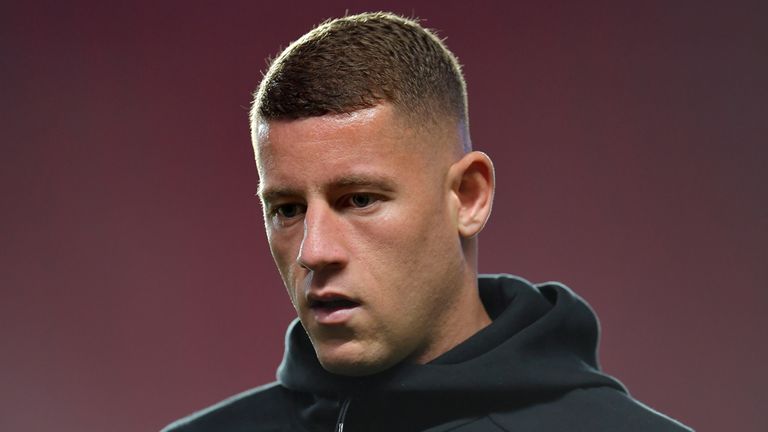 “I’m certain that Frank will be more than happy with how the team has started, the way the team has played and where they find themselves both in the Premier League and the Champions League. It is happy days for him I am sure.”

Hodgson added: “I always had a lot of respect for Frank as a player and I am pretty certain he will make sure the football world has equal respect for him as a manager the longer his career goes on.”

Lampard’s strong start to his new role comes as no surprise to Hodgson, along with that of former England captain Steven Gerrard at Rangers; and he feels both men have the potential to one day take on the national job.

“When [Lampard] and Steven Gerrard went into management I had no doubt that they would succeed,” the Palace boss said at a press conference.

“For me it was a question of whether they would go to a club that would give them a chance to really show they are great management material and are more than capable of doing the job.” On the prospects of a future role with the Three Lions, Hodgson said: “They have both been great servants for England, earning 100 caps – and that is not a bad thing to have on your CV if you want to be an England manager.”

Hodgson takes great pride from his own personal Premier League landmark of 300 matches, having also been in charge at Blackburn, Fulham, Liverpool and West Brom before taking over the England job in 2012.

Keep AFL concussion out of courts and in redress scheme, says lawyer