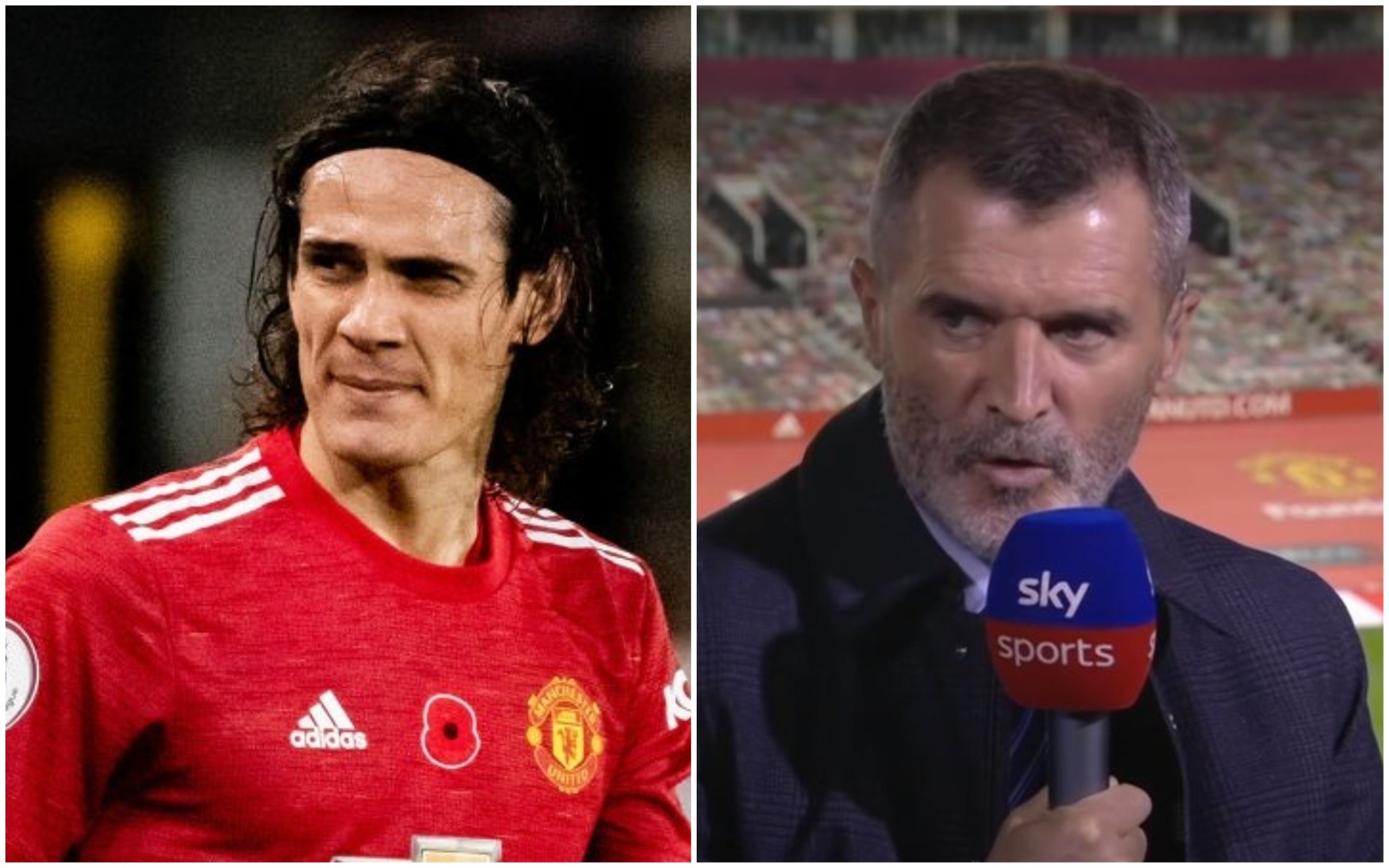 Roy Keane does not believe Edinson Cavani is good enough to carry a title challenge and hopes Manchester United do not extend his contract and sign a new top-quality striker instead.

The Uruguayan striker was heavily linked with a move to Boca Juniors this summer, with his family keen to return to South America, though he appears to have made a U-turn in recent days and could now remain at Old Trafford for one more year.

Despite his advancing years, Cavani has hit double figures for goals in all competitions – scoring every 142 minutes in the Premier League – and grabbed a brace and three assists in Thursday’s 6-2 mauling of Roma.

However, Keane feels it would be an ‘easy way out’ for United’s hierarchy if Cavani stays, giving them an excuse not to spend big on a new striker, and feels his old club can forget about winning the title if they do not add more quality up top.

‘Cavani is a good point, because I kind of hope in one sense they don’t keep him,’ Keane told Sky Sports head of United’s clash with Liverpool on Sunday.

‘Because then they might look at it and go, “We don’t need to go out and get another striker”. It might be an easy way out.

‘He’s 34. If you’re hanging your hat on Cavani next year to get Man United back to winning league titles, forget about it.

Keane believes United are still one or two marquee signings away from closing the gap to champions elect Manchester City and would like to see a player of Harry Kane’s ilk brought to the club.

He continued: ‘Again, I will go back to the recruitment. I think United, going forward, certainly need to go and make a big, big signing – whether it be a Kane or a [Jack] Grealish, put a marker down.

‘They probably need another centre-half, but I still think at the top end of the pitch, when we look at some of the games this year they’ve drawn, they’ve lacked that real bit of quality.

‘They’ve got some brilliant players, there’s been progress, but the worry for Manchester United is that the next step now is the biggest and the hardest one and that is to go and get that league title.