Arsenal are believed to be eager to sign both Martin Odegaard and Achraf Hakimi this summer, but they could have to offload numerous players in order to do so. Mikel Arteta is eager to improve the Gunners squad this summer, and could free up as much as £107million by selling five unwanted players.

The Norwegian wonderkid has been impressive at the Emirates so far, and is reportedly willing to stay put.

Odegaard is highly valued by Madrid, but the Spanish giants are set to put him up for sale in order to fund a move for Erling Haaland. 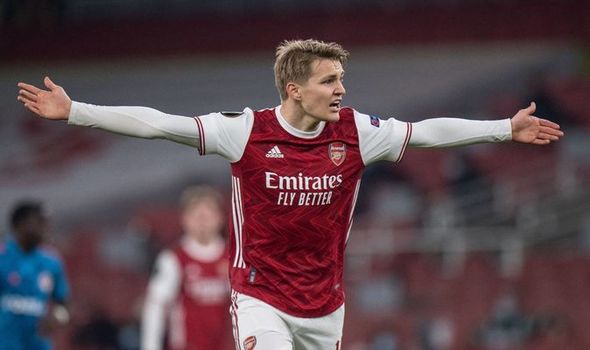 Arsenal are also keeping an eye on Inter Milan’s Hakimi, who would apparently be a replacement for Hector Bellerin.

The Spanish defender has been tipped to leave the Emirates this summer.

His contract runs until 2023, but Paris Saint-Germain are said to have retained an interest.

If he does leave, he could raise as much as £22.5million, according to Transfermarkt.

That would give the Gunners some serious firepower to go after Hakimi, despite the fact the speedster only joined Inter last summer.

Arsenal could also wave goodbye to four other players in order to free up funds.

Ainsley Maitland-Niles was tipped to leave for Wolves last summer, but the Gunners demanded £25m for him.

The winger is currently on loan at West Brom, and Arsenal could offload him for £16m according to Transfermarkt. 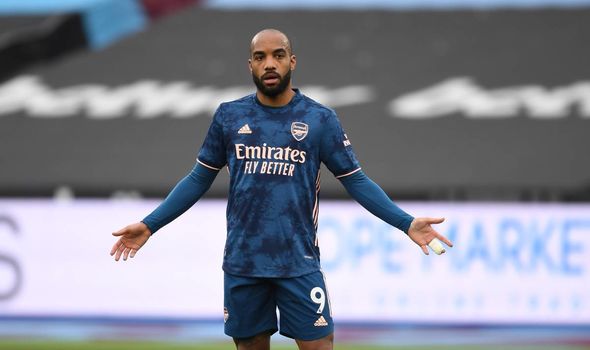 Lucas Torreira is apparently a target for Boca Juniors, with the Uruguayan struggling at Atletico Madrid on loan.

Transfermarkt values him at £19.8, and it would be an incredible coup for Arsenal if they were able to get that sort of fee.

Alexandre Lacazette could also depart, with just over a year remaining on his current deal.

Reports suggest he is willing to depart, and his £31m valuation could see him fetch a significant fee in the summer.

Matteo Guendouzi, too, will likely leave this year after his loan spell at Hertha Berlin, and could fetch £18m.