REVEALED: How Fernandinho scolded Manchester City’s ‘not interested’ stars during crisis talks after awful training session, transforming their poor start to the season and setting them back on path to Premier League and Carabao Cup final glory

Fernandinho admitted a crisis talk organised by him and Pep Guardiola on New Year’s Day changed the course Manchester City’s season which now leaves them on the brink of the title.

Guardiola’s side are 11 points clear at the top of the Premier League table with four weeks to go – while City are also targeting the Carabao Cup and Champions League titles in this season’s run-in.

But Fernandinho’s side started the season poorly and were in mid-table at the end of the December, with the Brazilian revealing a poor training session on New Year’s Eve provoked a reaction from the City captain and head coach. 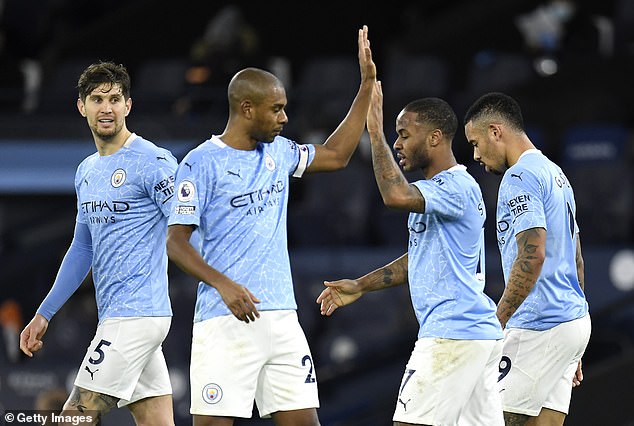 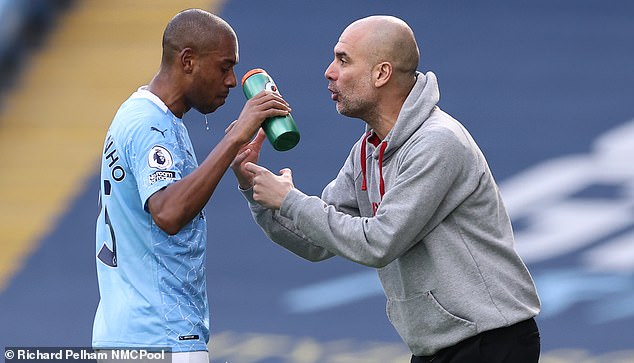 The Brazilian told The Player’s Tribune: ‘Near the end of the year we were eighth, and on New Year’s Eve we had this training session. It was not a good session. The attitude, the body language, the effort from some players, it was just obvious.

‘Misplaced passes, players not tracking back, not running, not looking interested.  This was not us. This was not the team that had won two titles in a row, or that had set a record points total.

‘After that session, Pep came and spoke to me as captain, as the leader of the team. He was blunt. He told me that not everyone was at 100%. And, in this team, when you come to train, you do it at 100%, or you stay home. 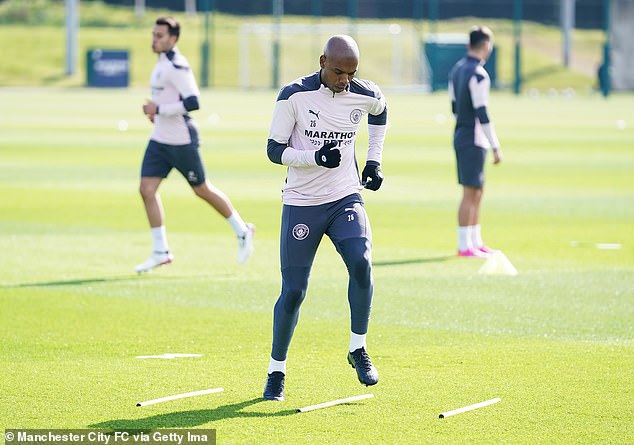 ‘Once you enter the pitch, there is no conversation, no negotiation. He was right. And he made it clear that the responsibility for keeping those standards rested with me.’

The 35-year-old then revealed the inside mood inside the meeting organised on January 1, which came just days before a 3-1 victory at Chelsea.

The midfielder’s speech came at the beginning of a 15-game winning run which leaves City just a few games away from sealing the top-flight title, while they are also in the Carabao Cup final and the Champions League last-four. 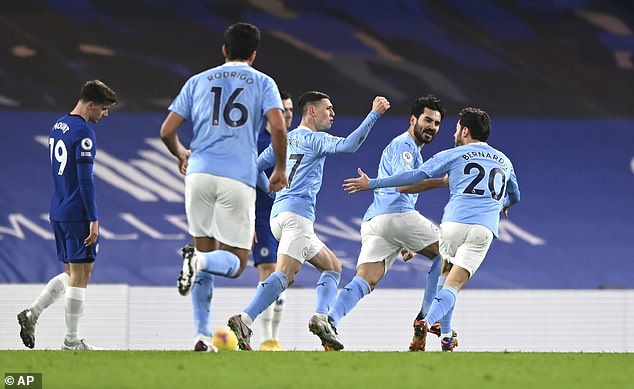 But Fernandinho admitted that he personally would have been shot in morale had they not performed in the victory at Chelsea on January 3.

Speaking about the meeting, he added: ‘I sent a message to our team manager and told him, “Set up a meeting with the players. We need to talk.” I arrived at the ground in the morning ahead of training, and I said, “Tell Pep we’ll start training a little later today.”

‘It was an emergency. Once we got everyone together, I spoke openly to them. I spoke as captain, you know? I told them what Pep had told me, that some things are inexcusable. I told them that what you do in training reflects back at you later on in the game. 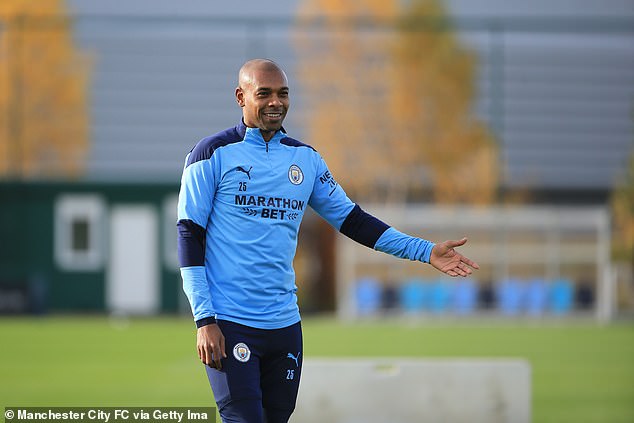 ‘It was very frank, very honest. After me, all the others spoke their minds too. Everyone already knew we needed to change, but we needed to hear it said. We needed to be shaken. And it was important that we talked.

‘We were still at a point in the campaign where we could turn things around. Or we could passively watch it slide away. Our next game was away at Chelsea, who were flying in the league at the time. Before the match, I thought to myself, “If these guys don’t run here, that’s it, I’m done!” I was ready to lose all morale.

‘But, of course, we won. We won well. By halftime we were 3–0 up. We ran almost too much! Thank God, since then we’ve been on an amazing, record-breaking run.’