‘What. A. Tackle.’: Fans praise Napoli’s Kalidou Koulibaly after he shows how to stop PSG ace Kylian Mbappe

It takes a special defender to stop Kylian Mbappe in full flow – but Napoli centre back Kalidou Koulibaly proved himself capable on Tuesday night.

Napoli hosted PSG, featuring World Cup winner Mbappe up front, in the Champions League, and in the 28th minute the young forward was set free with a fine threaded pass from midfield.

It seemed the perfect situation for the Frenchman – one-on-one with the defender high up the pitch, with only the goalkeeper to beat afterwards.

Scroll down for video. 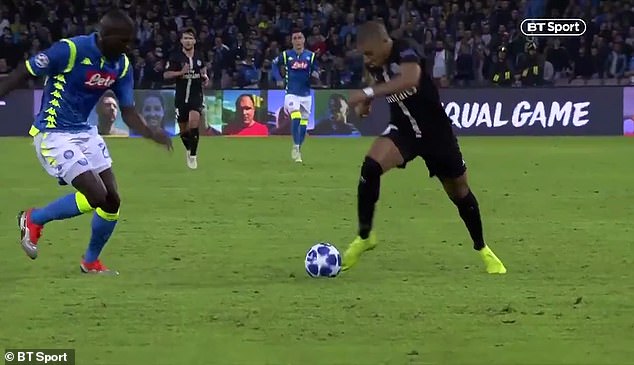 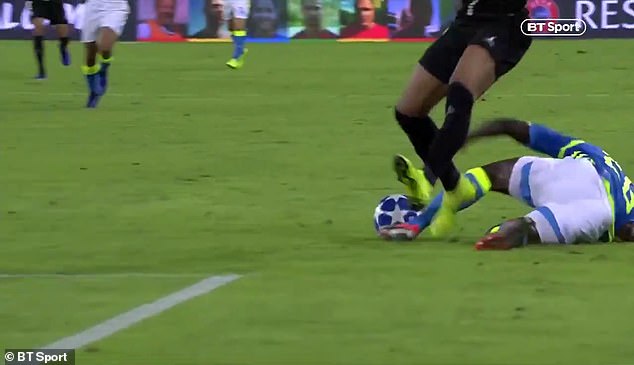 As Mbappe attempted to speed around the defender, Koulibaly executed the perfect challenge 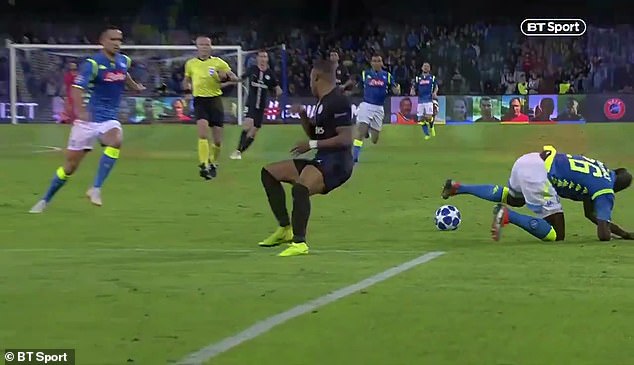 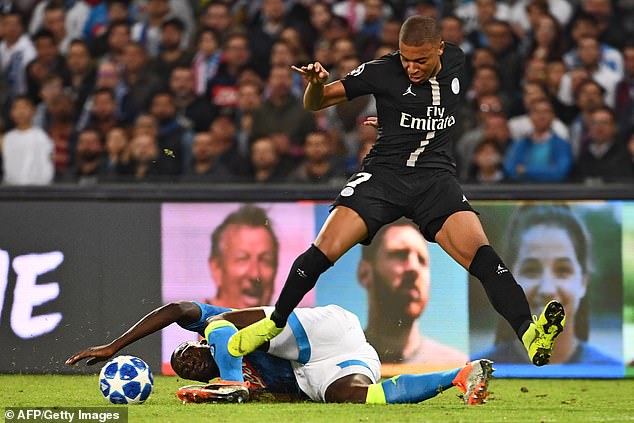 However Koulibaly shaped up and jockeyed Mbappe, refusing to allow him space to open up and exploit his lightning pace, while also showing him away from the goal on the left hand side.

As the pair neared the edge of the penalty area, Mbappe attempted to execute a burst of speed – only for Koulibaly to perform the perfect tackle.

It was quite literally perfect – he swept low, hooking the ball away from the forward while making zero contact with the man, before quickly getting to his feet as a team mate shepherded the ball away.

The astonishing tackle was cheered like a goal in the Stadio San Paolo, and earned Koulibaly universal praise from fans on social media:

For the 27-year-old Senegal international, it was certainly a more orthodox method of stopping Mbappe than he had used in Paris in the return game a fortnight previously.

In that match, he had shoved team mate Mario Rui into Mbappe’s path in an attempt to stop the wonderkid from scoring.

Both methods have been effective – Napoli have earned two draws against PSG in their group games, 2-2 and 1-1, to keep them in the hunt for the Champions League knockout stages. 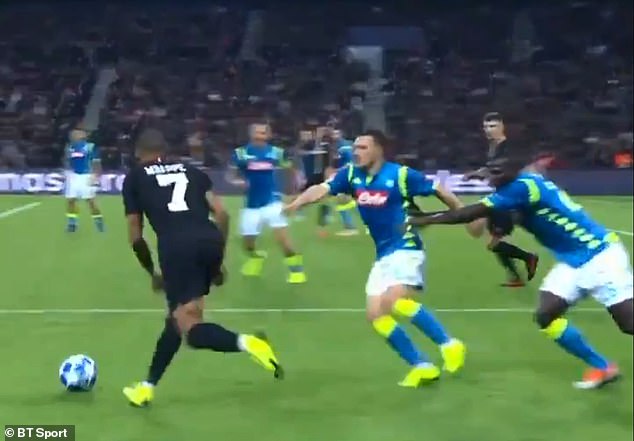 The struggle is real when Kylian Mbappé is facing you with a ball at his feet ? pic.twitter.com/qN2YUAWe1k