Luis Suarez has been savagely criticised by fans for his performance in Uruguay’s World Cup opener.

Entering his fourth World Cup finals, Suarez started up front for Diego Alonso’s side as they stumbled to a 0-0 draw with South Korea.

Prefered to Edinson Cavani in the middle of an front three, Suarez struggled to get involved in the game failing to register a single shot before being replaced by Cavani just after the hour mark. 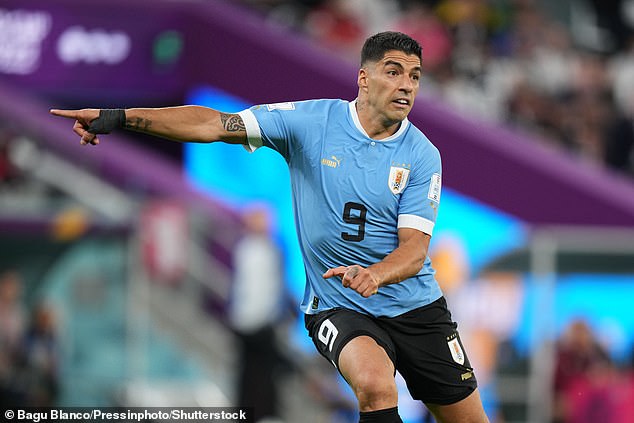 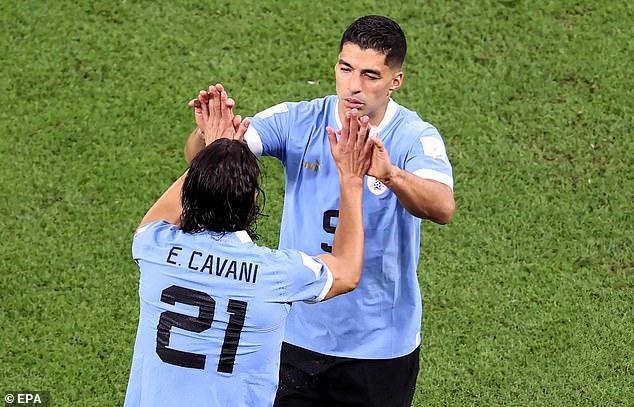 The full extent of Suarez’s misfortune in front of goal was revealed when journalist Julien Laurens shared a tweet detailing the Uruguayan’s lack of impact in the Group H fixture.

Fans on social media shared their views on the striker’s poor performance with many questioning why the veteran forward had started the game in the first place.

One fan lamented the decline of the former Premier League Player of the Season on Twitter, writing: ‘Sad to see Suarez like this, he used to rule the world.’

Another added: ‘Suarez is finished. Uruguay have been playing a lot better since he’s come off’

@oddekj also commented on the striker’s physical decline: ‘Hare to say it but Suarez moves like he is 60 years old’

While another fan added that the result was ’embarrassing’: ‘This was embarrassing. I didn’t see any plan of structure. Also suarez should never start again this world cup.’

A further supporter questioned why he had started the game in the first place: ‘At this stage in their careers, I reckon Cavani should be starting over Suarez.’

Suarez entered the competition off the back of a brief stint with his boyhood side Nacional, scoring eight times in 14 appearances for the Montevideo club.

The former Kop favourite even scored a brace against the Uruguayan Liverpool FC in the championship playoff, securing Nacional’s 49th league title in the process.

The 35-year-old is Uruguay’s top scorer with 68 goals in 135 games since making his international debut in 2007.