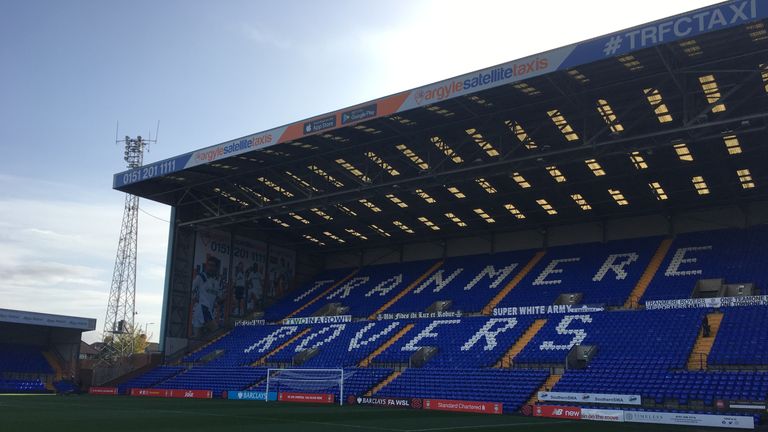 After a pitch inspection on Tuesday afternoon, it was decided the match could not go ahead following after the ground fell victim to Storm Brendan.

There were doubts whether the fixture would go ahead at Prenton Park after Sunday’s Women Super League match between Manchester United and Liverpool was called off because of a waterlogged pitch on the same ground.