FA Cup attendances at their lowest level for over a decade at below 12,000 after Premier League clubs crash out of the competition early

This year’s FA Cup will have the lowest average attendance for the competition in the last decade.

Manchester City and Watford meet in Saturday’s final, which is set to be played in front of a sell-out crowd at Wembley.

Even if that is the case, though, the average crowd in this year’s tournament will be below 12,000 for the first time this decade. 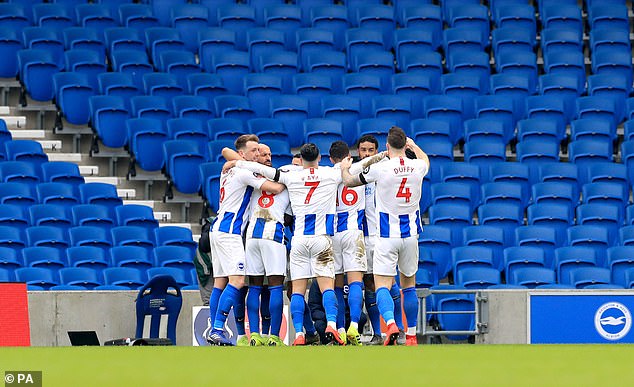 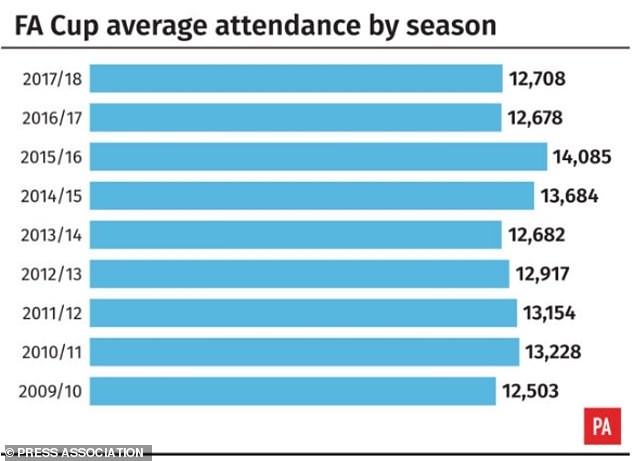 This season’s average FA Cup attendance of below 12,000 is the lowest in over a decade

This year’s tournament so far has seen an average crowd of 11,287 per game. That is sure to rise after the final, but only to around 11,800.

The figure is not necessarily a reflection of interest levels in the competition, as early upsets and the simple luck of the draw both play their part.

Thirteen Premier League teams were eliminated across rounds three and four, including Liverpool in round three and Arsenal, Tottenham and Newcastle – whose St James’ Park ground has a capacity of over 52,000 – in round four. Spurs were drawn away in both their ties. 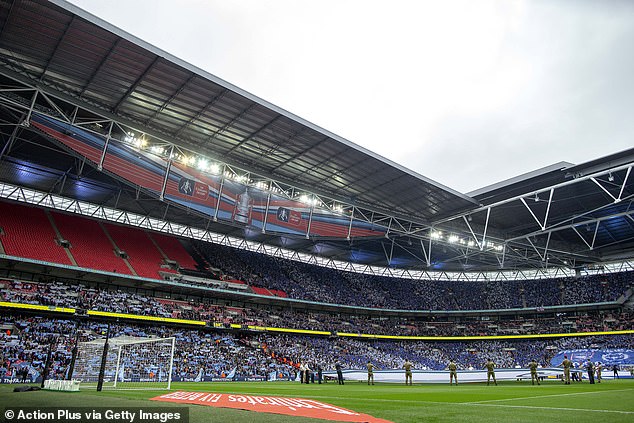 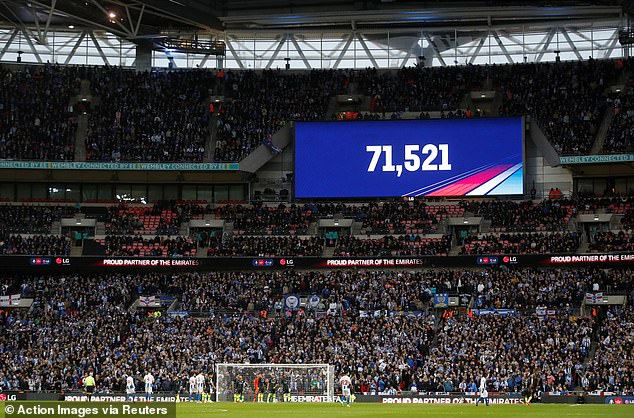 Some of the teams outside the Premier League with the largest stadiums, such as Leeds, Sheffield Wednesday and Aston Villa, also failed to progress to the latter stages.

The average attendances of 18,310 in the last 16 and 21,507 in the quarter-finals were significantly down on previous years – perhaps explained by the host clubs being Swansea, Brighton (twice each), Newport, AFC Wimbledon, QPR, Doncaster, Bristol City, Chelsea, Millwall, Watford and Wolves.

No such venue excuse exists for the semi-finals, contested at Wembley, and the 71,521 at City’s clash with Brighton made for the lowest last-four figures since 2012-13.