But the game was turned on it’s head just seven minutes into the second half when Abdoulaye Doucoure and James Rodriguez levelled the match at 2-2.

Both teams were pressing for a winner and United thought they had found it when Scott McTominay headed in from Luke Shaw’s free-kick.

Everton were pushing, but United looked as though they were going to escape with all three points.

As the four minutes of stoppage time ticked by, the referee blew for a free-kick to Everton in United’s half after a foul from Axel Tuanzebe. 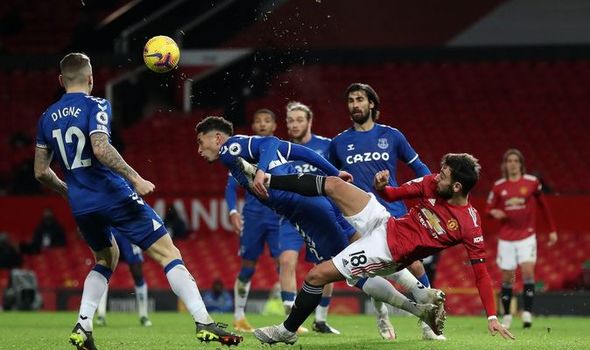 Robin Olsen was given the all clear to join the final attack of the game as Lucas Digne delivered an inviting ball into the box.

United failed to clear the first ball though as Michael Keane nodded on to Calvert-Lewin, who expertly finished past David de Gea.

Everton players raced off into the corner flag to celebrate with the striker while United players had their hands up in the air appealing for offside.

And eagle-eyed viewers spotted Godfrey shouting expletives at the United players for their protests.

“F*** off”,” Godfrey could be seen shouting numerous times.

The protests were in vein though as replays clearly showed Calvert-Lewin was onside as Carlo Ancelotti’s side stole a point at Old Trafford.

But Calvert-Lewin admitted he still wasn’t sure whether he could celebrate fully because of the inevitable VAR check.

“There isn’t [a better time to score]. Even still I ran off celebrating and didn’t know if I could fully get into the celebration because of VAR. It was close. I knew I didn’t handle it but didn’t know if it was offside 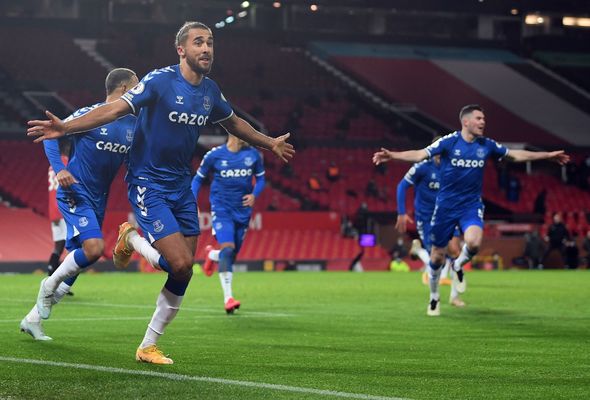 “I didn’t even see he [goalkeeper Robin Olsen] was up. It was just about getting in the right position. I knew I wouldn’t get first contact, it was about trying to get second contact.

“I believe we’re capable of much more. Credit to us to show the spirit to get back into the game.

“We hung in there and I feel like we deserved that point.” 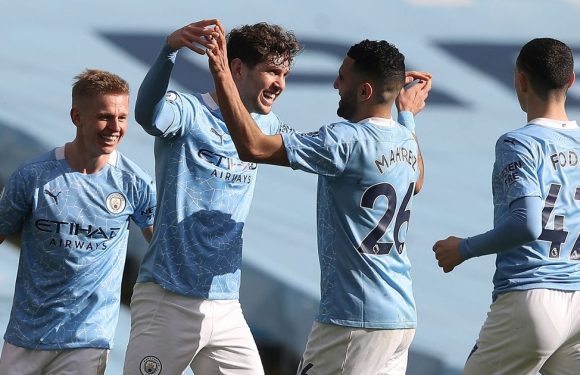 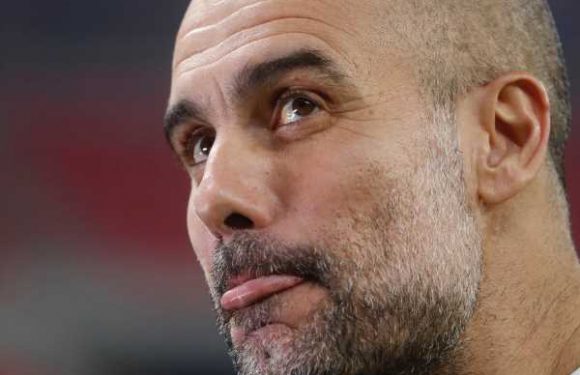