Home » Everton 'don't have the squad' to challenge for Europe, says Campbell

Everton ‘just don’t have the squad’ to challenge regularly for Europe, insists Kevin Campbell – who believes his former club must ‘fatten’ up their ranks and back Carlo Ancelotti’s project in quest for success

Kevin Campbell believes Everton’s thin squad is the main factor behind his former club’s faltering bid to break into Europe this season.

Campbell, who played for the Merseyside outfit between 1999 and 2005, was questioned over how Carlo Ancelotti can guide his team to taking the next step.

The sheer amount of injuries forced boss Ancelotti to name a host of youngsters on the bench at Brighton – and Campbell says reinforcements are needed to improve. 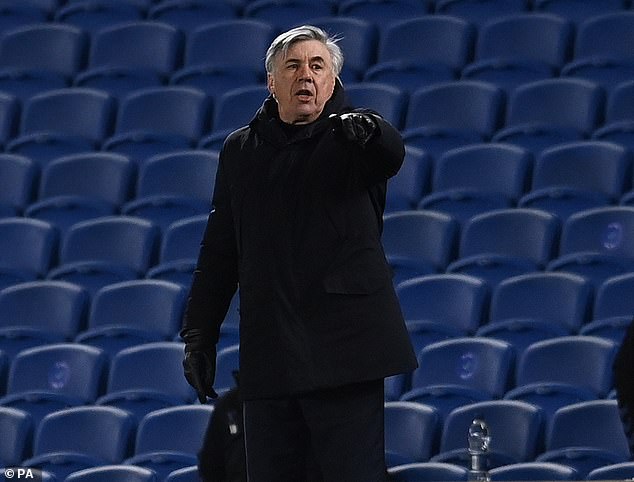 ‘When you have made the changes that they have done in midfield, you take the Cortina engine out and you put the Rolls-Royce engine in,’ he told Sky Sports.

‘Allan, Doucoure and James Rodriguez, you put those three players in midfield and now you’ve got something. That’s the engine room.

‘But that tends to highlight the places where you’re weak. 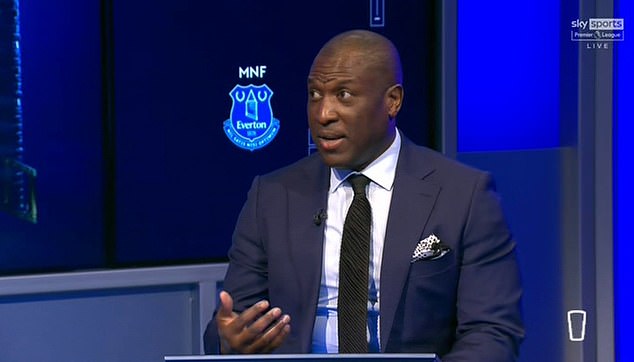 Campbell, who played for Everton between 1999 and 2005, gave his verdict on their fortunes 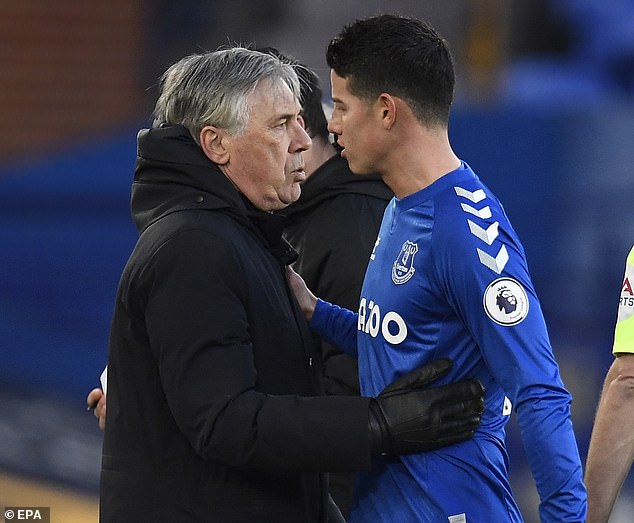 ‘And when you miss those players, through injury suspension, it’s difficult for the boys who are out of the side to come in.

‘I think Tom Davies has done pretty well most of the time. But Everton just don’t have the squad.

‘They need to fatten that squad up, so you can play like for like, make different changes, because if you’re looking to step up, you’ve got to rotate your squad.’

Rodriguez was the only big name out of the three players highlighted by Campbell to have featured at the Amex, with both Doucoure and Allan missing. 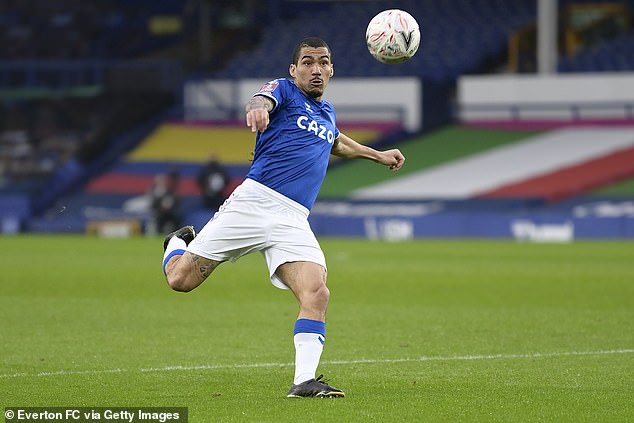 The limited options among the substitutes, as well as the all too often failings in front of goal, have derailed Everton’s hopes of securing European football.

Drawing on the south coast saw their winless streak stretch to four Premier League games ahead of a crucial clash against fellow challengers Tottenham on Friday.

But, despite the recent setbacks, Everton appear on an upward trend under the experienced Ancelotti and may have even harboured Champions League hopes.

‘That has to be the project. They’ve got the manager,’ Campbell added. 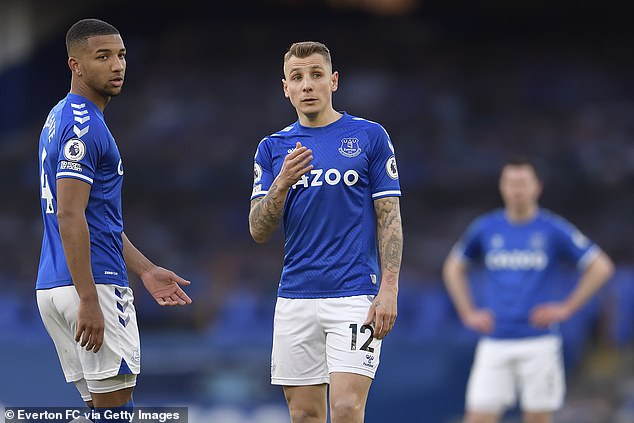 ‘I think for years the managerial position has been challenged by fans because you look at the record, going out of Europe, going out too easy, not being there or thereabouts in the league, that can be levelled at Everton.

‘There’s no excuses about that. Now the manager’s in place, it’s a matter of the project that Carlo Ancelotti has to build.

‘And it’s going to take time, but they have a great opportunity this season to jump.’