Everton boss Carlo Ancelotti has admitted he must delve into the transfer market after injuries left him with just three fit centre-backs. However, the Italian refused to be drawn on speculation linking Chelsea defender Fikayo Tomori with a move to Goodison Park.

Ancelotti is facing a defensive headache ahead of Saturday’s Premier League clash against West Brom after Jarrad Branthwaite was injured during Wednesday’s Carabao Cup win over Salford City.

The 18-year-old came off with an ankle injury just 25 minutes into the clash, joining fellow centre-back Mason Holgate on the sidelines.

Ancelotti was able to offer a positive update on Holgate’s recovery, confirming the 23-year-old does not need surgery on an injured toe.

But the manager was not able to put a timescale on the defender’s return, and Branthwaite’s injury leaves Ancelotti with just Michael Keane, Yerry Mina and Matthew Pennington as centre-backs for the foreseeable future. 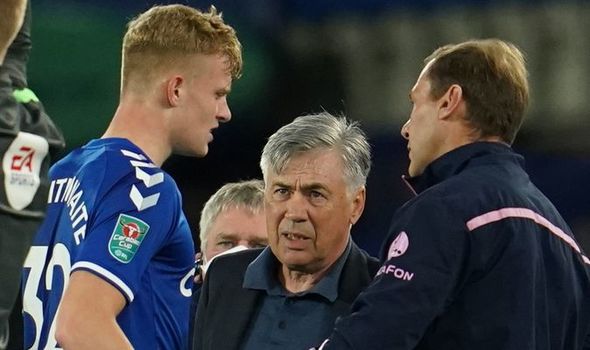 And the Blues boss has accepted he must now spend to bolster his rearguard ahead of a run of fixtures which includes the Merseyside derby.

“Holgate is out and Jarrad we don’t know his injury and how bad it is, we have to look tomorrow,” Ancelotti said after Wednesday’s 3-0 win, in quotes reported by the Liverpool Echo.

“There is a possibility to find a centre-back and I think we have to do so.”

Everton have been linked with a move for Tomori, who impressed for Chelsea early last season but has since fallen down the pecking order, with Frank Lampard having signed Thiago Silva over the summer. 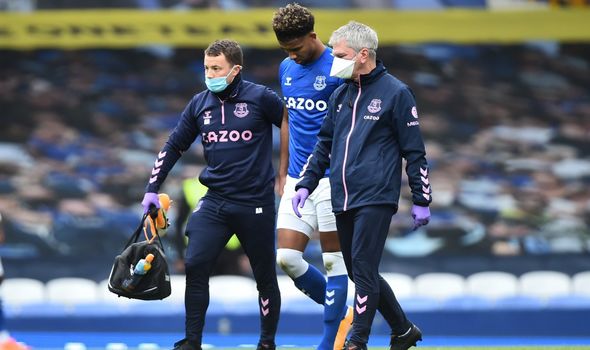 Asked specifically about England defender Tomori, Ancelotti replied: “I am not talking about players that are not here.”

Offering an update on Holgate, the Everton boss said: “The Holgate update is that he doesn’t need the surgery so maybe he can recover earlier than normal but I think we can manage until Mason comes back with three [senior] centre-backs, no problem.”

Keane, Gylfi Sigurdsson and Moise Kean scored as Everton saw off Salford City 3-0 to set up a third-round Carabao Cup clash away to Fleetwood Town next Wednesday.

Everton host West Brom on Saturday looking to build on a positive start to their Premier League campaign after they beat Tottenham 1-0 last weekend, with summer signings James Rodriguez, Allan and Abdoulaye Doucoure making their competitive debuts for the club. 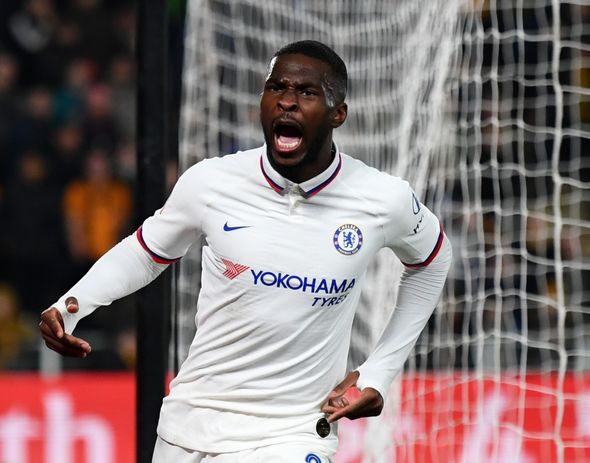 Midfielders Fabian Delph and Jean-Philippe Gbamin, and striker Cenk Tosun are also injured ahead of the clash.

After the visit of the newly promoted Baggies, Everton travel to face Fleetwood Town next Wednesday in the third round of the Carabao Cup.

They then face Premier League games away to Crystal Palace and at home to Brighton heading into the international break, which should give Ancelotti some respite as his medical team work to reduce Everton’s casualty list.

Liverpool’s visit to Goodison park is Everton’s first game back after the international break on October 17.

They then face away games against Southampton and Newcastle before Manchester United visit Goodison Park on November 7.