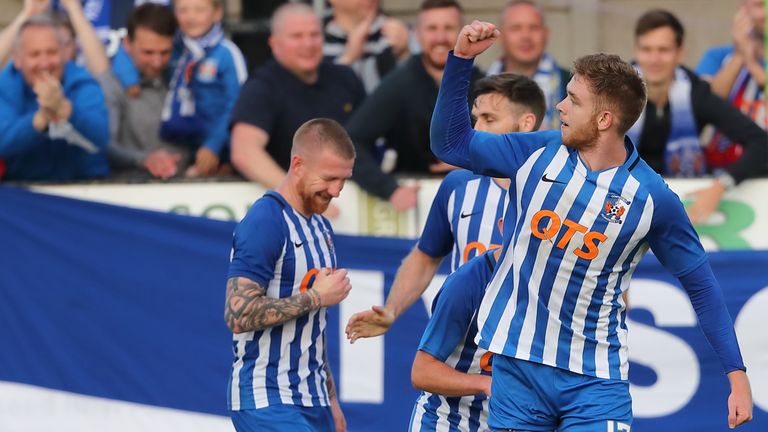 Stuart Findlay headed a last-gasp winner as Kilmarnock snatched a 2-1 victory in the Europa League first qualifying round first leg against Connah’s Quay in Angelo Alessio’s first match as manager.

The Scottish side had been heading for a shock defeat in the first leg of their Europa League first qualifying round tie at Rhyl’s Belle Vue stadium after a Greg Taylor own goal in the 75th minute.

But Killie, backed by the majority in the 3,000-capacity stadium, rallied and levelled with an Eamonn Brophy penalty eight minutes from time.

The visitors then continued to press and grabbed victory in injury time, when Findlay headed home from a corner.

It was harsh on Connah’s Quay, who had battled stoically throughout in the mould of their manager Andy Morrison, the former Manchester City defender, but the visitors were by far the dominant side.

Niall McGinn returned from injury to send Aberdeen on their way to a Europa League win over RoPS Rovaniemi – but a goal from the Finns changed the complexion of the tie in stoppage-time.