Europa League last-16 draw LIVE: Manchester United, Tottenham, Arsenal and Rangers await the news of their next opponents… with AC Milan, Villarreal and Chris Smalling’s Roma among their options

Here’s a recap on this weeks events. Spurs progressed as easy winners with an 8-1 aggregate victory over Wolfsberger on Wednesday, but their north London rivals Arsenal had to wait until three minutes from time to save their skins after Pierre-Emerick Aubameyang’s effort saw them see off a stubborn Benfica 4-3.

One British team did fall at this hurdle, Leicester City suffered a shock exit at the hands of Slavia Prague following a 2-0 defeat at the King Power Stadium.

Remember there are no easy games at this level… or was that international football?

Manchester United appear to have the bookies backing now, with Tottenham second favourites despite their recent struggles under Jose Mourinho.

Arsenal behind Villarreal though? I’m not sure about that…

I have seen some complicated draws in my time, the Europa League curiously enough being guilty of many of them, but on this occasion at least it’s plain simple from now on.

There are no seeded teams, there are no country restrictions. It’s a free-for-all as any team could face any other. Spurs vs Arsenal, Manchester United vs Molde, AC Milan vs Ajax – all are possibilities.

The only minor element I would add is that the team drawn first for a fixture will play their away leg second.

And just in case you needed reminding, here are all the sides that will be taking part on the last 16? Who are your dream draws or ones to avoid? 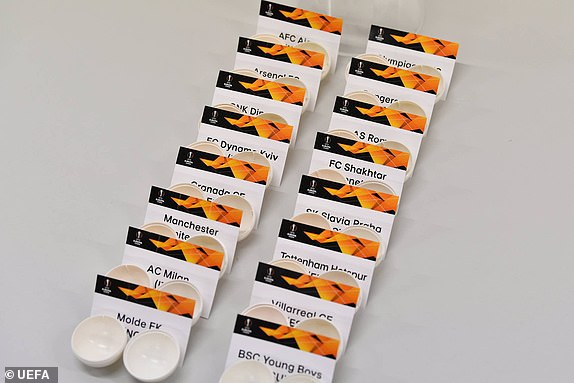 Often derided, but there is no denying that even the Europa League starts getting tasty as soon as it enters the last 16 and this season is no different.

There are many big names in the hat for the draw and with Tottenham Hotspur, Arsenal, Manchester United and Rangers all making it through this week that gives us a strong chance of an ‘all-British’ tie in the next round.
So good morning all and welcome to our live coverage of the Europa League last-16 draw which will get underway from midday GMT. 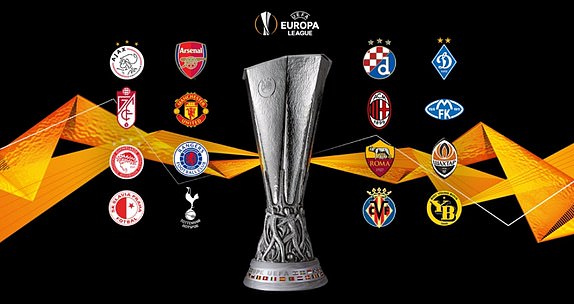 After a highly entertaining round of 32, the draw for the Europa League last-16 is now upon us.

A British quartet of Tottenham, Manchester United, Rangers and Leicester made it through their respective group stages, but Brendan Rodgers’ side made a surprise exit to the tournament on Thursday with a home defeat by Slavia Prague.

Rangers are on course for an historic league title, while United are well-placed for a top-four Premier League spot, if not more.

However, for Tottenham and Arsenal, their Champions League hopes for next season could come down to their success in the Europa League, and they’ll certainly be looking for a favourable draw.

The round of 16 is where the competition really heats up, with neither seeding nor country protection now a factor in the draw.