The Scottish Government has granted approval to allow spectators into Hampden Park to attend Euro 2020 matches this summer.

This will mean up to 25 per cent of the venue’s capacity (around 12,000 fans) will be able to visit the 51,866-capacity Glasgow venue for the four Euro games scheduled to be played there – three group stage matches and one last-16 tie.

A decision on the Fan Zone in the city will be made at the end of April.

Speaking during her daily Scottish government briefing on Tuesday, First Minister Nicola Sturgeon said she was “optimistic” that a number of spectators will be able to attend matches at Hampden and said some form of vaccine certification may be used to help host tournament games.

Scotland clash with the Czech Republic takes place at Hampden in Group D on June 14, while they face Croatia at the same venue in their final group game on June 22. An eagerly anticipated tie at Wembley against England also awaits on June 18. 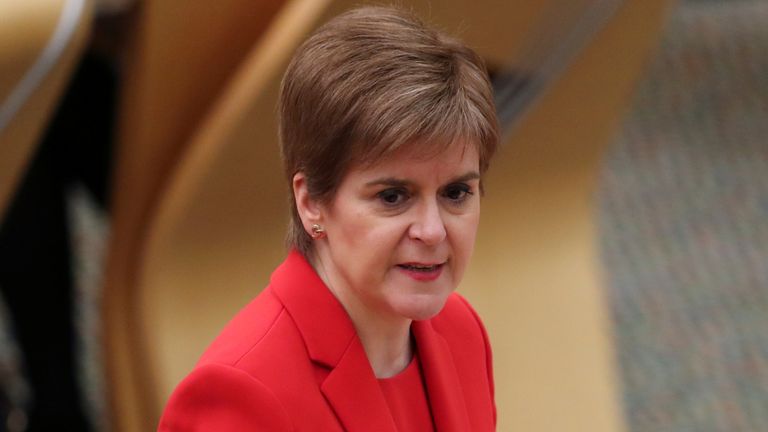 A statement from the Scottish FA read: “The Scottish FA and Glasgow Life (on behalf of Glasgow City Council) have been working on a range of planning scenarios for hosting the four UEFA EURO 2020 matches in Glasgow in response to the ongoing coronavirus pandemic, both in terms of allowing spectators in the stadium and the creation of a Fan Zone in the city for the duration of the tournament.

We have confirmed in our #EURO2020 submission to UEFA that the Scottish Government has given approval to allow spectators at Hampden Park up to 25% of the stadium capacity.

We anticipate a further update on a number of areas – including ticketing – from UEFA on Friday. https://t.co/FaAf500iBr pic.twitter.com/d6krFOG9TA

“Following extensive consultation with the Scottish Government and public health advisers, the Local Organising Structure can confirm that it has submitted details of its preferred option for admitting spectators to the stadium to meet today’s (7 April) UEFA deadline.

“We are delighted that the Scottish Government has given approval to allow spectators up to 25 per cent of the stadium capacity (approximately 12,000 – based on the UEFA EURO 2020 venue overlay and seating configuration) for each of the four games to be staged at Hampden Park. Naturally, this will be subject to continued progress with reducing the prevalence of the virus and the roll-out of the vaccination programme.

“On 9 April UEFA will be in contact with all ticket holders advising them on the latest tournament arrangements including ticketing and travel information.” 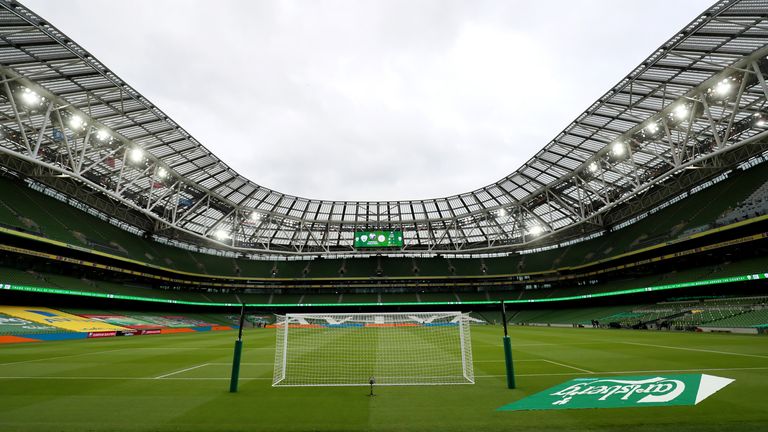 Meanwhile, Ireland’s FA has remained non-committal on how many supporters will be permitted to attend the Aviva Stadium in Dublin for games this June.

The governing body has said in a statement: “The Football Association of Ireland, on advice and guidance from the Government, has today notified UEFA that owing to the COVID-19 pandemic it is not in a position at this point to provide assurances on minimum spectator levels at the UEFA EURO 2020 matches due to be held in Dublin in June.”

If UEFA decides to drop Dublin as a host city, a decision can only be made by the UEFA Executive Committee on April 19.

On Wednesday, Amsterdam and Bilbao committed to allowing fans to attend Euro 2020 games in June ahead of UEFA’s deadline for host cities to submit their plans.

Italy’s government has decided that Rome’s Stadio Olimpico can be re-opened to the public for the Euros, while Romania’s authorities have given the go-ahead for up to 13,000 fans to attend matches at the Arena Nationala in Bucharest.

European football’s governing body has requested that all the 12 host cities put forward their plans for allowing supporters into stadiums by Wednesday.

UEFA’s president Aleksander Ceferin has said that games will not be played behind closed doors and that the chosen stadiums must guarantee some fan presence for the tournament, which runs from June 11-July 11.

Who has made it to Euro 2020 and how will the tournament work?

Coronavirus has put Euro 2020 back a year to 2021, but 24 sides will still play across 12 host cities in a festival of football.

The top two teams from each of the 10 groups qualified for Euro 2020 and the four remaining positions were settled in the play-offs, with Scotland beating Serbia in a penalty shootout to join England and Wales at the tournament.

Here is the confirmed schedule so far.

The 16th UEFA European Championship runs from June 11 to July 11, 2021, and to celebrate the tournament’s 60th birthday, 12 cities across the continent have been selected as hosts. The 12 cities and stadiums are:

Rome’s Stadio Olimpico will host the opening match on June 11, while England’s national stadium Wembley will stage both semi-finals and the final.