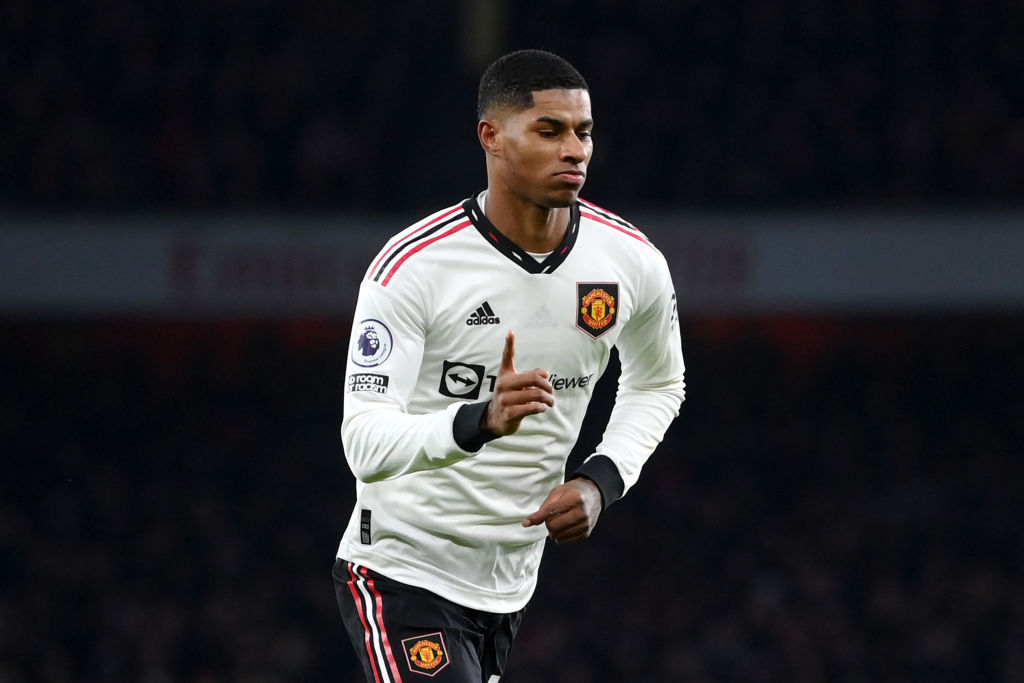 Erik ten Hag is hopeful that Marcus Rashford will sign a new long-term contract with Manchester United so he can ‘construct the best team in the world’.

Rashford is a player reborn this season, with 17 goals and six assists in 28 games so far this season firing United to an unlikely title challenge.

Back in December, the Red Devils triggered a one-year extension on the England forward’s contract in an attempt to stave off PSG who have long held an interest in the 25-year-old.

But now, with just 18 months left on his deal, Ten Hag is determined to keep his star player at Old Trafford at all costs, sending a message to Rashford in his pre-match press conference.

‘I think he understands Man United is his club, that’s first. But also, in this environment, in this team, I think he is playing his best football,’ the manager said ahead of the Carabao Cup semi-final against Nottingham Forest.

‘Then, I would say this is the best place to be because we want to construct the best team, first in England, then in Europe, then in the world.

‘He is improving and that is about him because he is giving 100 per cent energy. I think also in this team he can bring his qualities.

‘This team is constructed so that his qualities come to the fore and I think he knows that. But definitely he is important for us and if we want to get the success we want, we need him.’

United take on Forest at the City Ground on Wednesday before the return leg at Old Trafford next week, and Ten Hag is desperate to get to Wembley and win the club’s first piece of silverware since the Europa League in 2017.

‘It is too long that this club didn’t win a trophy,’ the Dutchman added.

‘We are aware of that fact and we have to do it again. It belongs to this club to win trophies so we have to get back on track.

‘Once you are winning trophies, that gives you confidence that you know how you do it. Winning games is one thing, winning trophies is another. It’s a thin line. In these decisive moments, you know what to do.’