Eric Bailly has surprised Manchester United fans by signing a new three-year contract. The Ivory Coast international, who joined United in 2016 from Villarreal, has committed to the club until June 2024, while the club also have the option of a further year.

Bailly’s new deal has shocked some supporters because the 27-year-old has only played 15 times across all competitions for Ole Gunnar Solskjaer’s side this season.

Harry Maguire and Victor Lindelof are firmly established as United’s first-choice centre-back pairing, while Bailly has struggled with injuries.

A muscle injury kept him sidelined for nine games before Christmas, while various knocks and coronavirus have impacted him on and off since the turn of the year.

Despite his setbacks this season, United manager Solskjaer is confident Bailly can contribute to United over the coming years.

“I am pleased that Eric has signed this new contract. He is still learning and improving all of the time under the coaches here,” he told the club website.

JUST IN: ‘It won’t be acceptable’ – Man Utd hero Scholes has Solskjaer concern 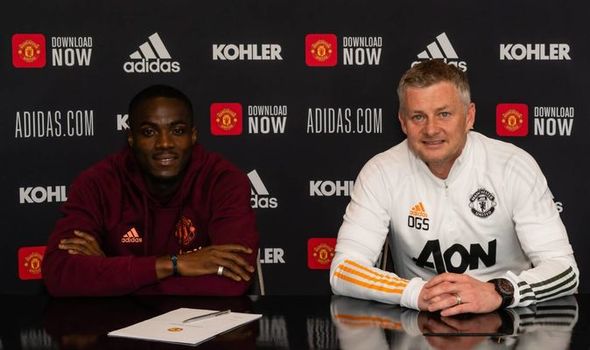 “Eric has improved his robustness since my time as manager and he will continue to play a significant part in the squad.

“He possesses fantastic speed, timing of tackle and has that aggression which, of course, you need as a centre-back.

“He is a popular member of the squad and we look forward to continuing to work with him going forward.”

However, while Solskjaer is happy his club have made the right call by handing Bailly a fresh contract, there are obvious worries behind United’s decision.

According to WhoScored, Bailly has only featured in just 26.9 per cent of the available minutes in the Premier League since signing for United in 2016.

His injury history on Transfermarkt reveals he has missed 99 matches due to injury over the last four and a half years; that is just one less than the 100 games he has managed to play in total across all competitions for the club.

Those alarming statistics are largely down to the fact that Bailly has been plagued by injuries over the past five seasons. 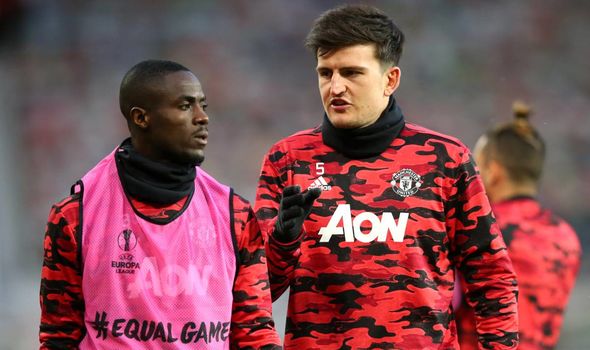 In addition to his issues this campaign, he has undergone knee surgery, suffered a head injury, been involved in a minor car accident, picked up a serious ankle injury in a training ground accident and dealt with neck and back problems.

That all adds up to a litany of misfortune, but is something which United are sure to have mulled over before offering Bailly a new contract. While the decision will be judged over the coming years, it must not be allowed to change United’s plans in the upcoming transfer window.

United have prioritised a striker and a centre-back in the summer and they still need to sign a long-term partner for Maguire, despite the Bailly deal.

Raphael Varane is a top target amid speculation that he won’t sign a new deal with Real Madrid, while Sevilla’s Jules Kounde and Villarreal’s Pau Torres have also been linked with a move to Old Trafford.

Whether United land Varane or not, they need to make sure a top-class defender is signed this summer, because they simply cannot rely on Bailly to be fit.