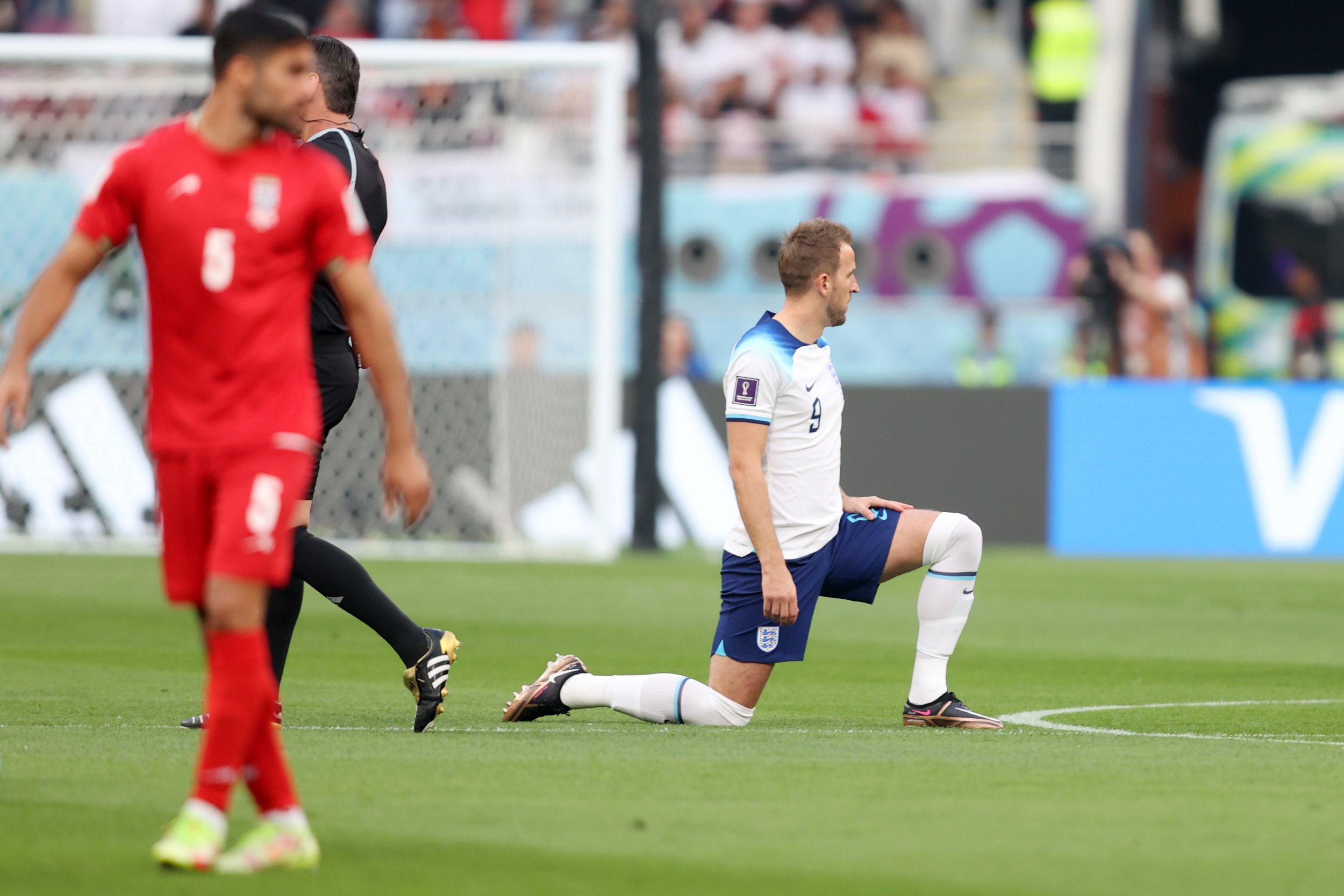 England’s players took the knee prior to kick-off in Monday’s World Cup opener against Iran after earlier U-turning on wearing a OneLove rainbow armband.

The Three Lions have long made the anti-racism gesture before matches, though did not do so in September’s Nations League games against Germany and Italy after Premier League captains decided to limit its usage domestically.

But England felt this was an appropriate time to bring it back, with manager Gareth Southgate saying it is ‘what we stand for as a team and have done for a long period’.

He continued: ‘We understand in the Premier League that the clubs have decided to only do that for certain games, big occasions.

‘We feel this is the biggest and we think it’s a strong statement that will go around the world for young people in particular to see that inclusivity is very important.’

Typically players would take the knee at the sound of the referee’s whistle but, with FIFA not having been involved in the gesture, the players went to their knee while the pre-match kick-off countdown was taking place.

Earlier on Monday, the English and Welsh Football Associations confirmed that captains Harry Kane and Gareth Bale would not be wearing OneLove rainbow armbands at the World Cup.