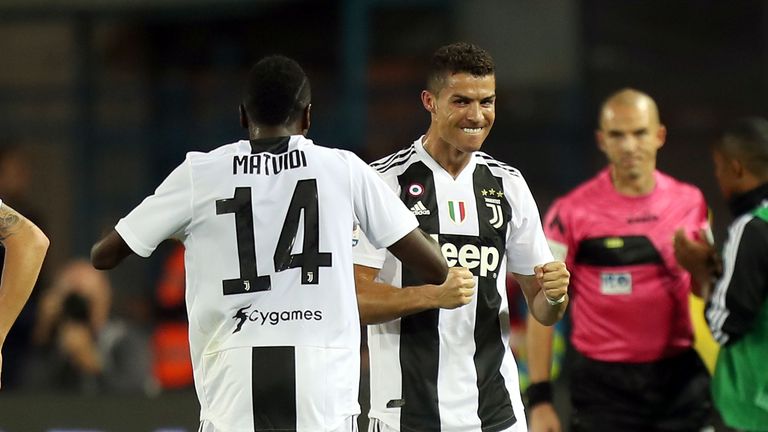 Empoli, without a win since the opening weekend of the season, grabbed a 28th-minute lead at the Stadio Carlo Castellani as Francesco Caputo curled home following a lung-busting run by Afriyie Acquah.

The hosts appealed for a penalty when Miha Zajc’s shot glanced the arm of a Leonardo Bonucci as he attempted to charge down the attempt, but the referee opted against punishing the Italy defender after reviewing the incident on video.

Provedel flung himself in front of a firmly-hit effort by Sandro from close range, and then sprang acrobatically to his right to tip a Pjanic drive on to the crossbar as Empoli failed to clear after the initial attack.

But Juve hit back when Paulo Dybala pinched the ball off a dallying Ismael Bennacer in the Empoli box, drawing a penalty as the Algeria midfielder proceeded to bundle over the Argentine.

Ronaldo sent Provedel the wrong way from the spot to score for the third league game running and bring Juve level on 54 minutes.

After last weekend’s 1-1 draw with Genoa, Ronaldo earned Juve their ninth win in 10 Serie A matches as he unleashed an unstoppable shot into the top left corner 20 minutes from time.