Norwich star Emi Buendia has reacted to reports of him moving to Arsenal in the January transfer window. Mikel Arteta is desperate for a creative midfielder with Mesut Ozil approaching the end of his career at the Emirates.

Arsenal transfer target Buendia has responded positively to reports that he is close to a move to the Gunners.

The Argentine has been touted as one of Arteta’s preferred targets as he chases a creative midfielder.

It has been a problem for the north London outfit this season, with the likes of Granit Xhaka and Dani Ceballos failing to supply the strikers.

With Mesut Ozil also on the way out, there is a need for a playmaker. 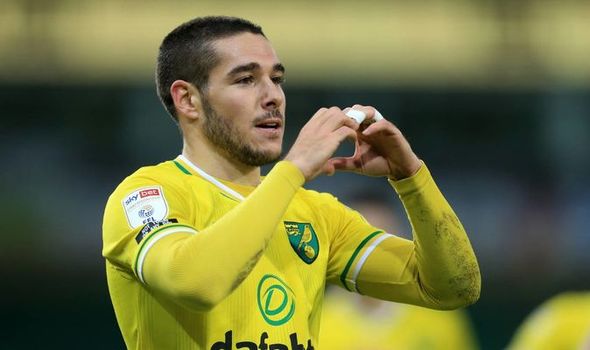 Norwich star Buendia has been touted as a top target after a brilliant campaign, where he has scored seven and grabbed six assists.

Last season, he was one of the club’s best performers despite their relegation from the Premier League.

The 24-year-old netted eight times in the top-tier, assisting 12 in the process as well.

And with speculation growing by the day, Buendia has revealed it would be a dream to return to the Premier League.

Buendia told Radio Residencias in Argentina (via Metro): “Yes [I want to return to the Premier League], I always say it.

“It is the best league in the world, it is the one that makes the difference at all levels. Any team makes life difficult for anyone, it is very complicated.

“Their organisational level is perfect, the stadiums have a lot of history, the conditions for playing football are ideal.

“There are no excuses. And the players and the teams are the best. 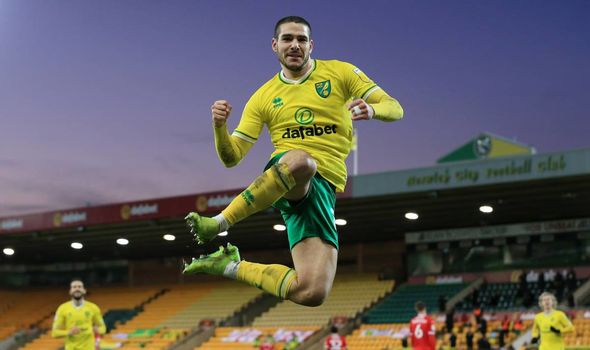 “I aspire to the best and work every day to get back to it, either in my team or through a transfer. Returning to the Premier in the short term is a dream.

“It is true that there was a lot of talk in the summer, after relegation, about the possibility that both I and other teammates could leave the team to continue in the Premier League.”

Buendia added: “However, I always had my head with the club. I belong to Norwich, I have to do things well for my team. Tomorrow we will see, but I never had my head outside the objectives, to work so that my club does well.

“As this season unfolds, we are doing well and I am very happy to be here. We are in a good position, I am feeling important, I am scoring goals and making assists for my teammates.”