‘I am sure that he is an amazing player’: Arsenal boss Unai Emery urges misfiring Nicolas Pepe to embrace the pressure of £72m price tag

Unai Emery has challenged Nicolas Pepe to embrace the pressure that comes with being Arsenal’s £72million club-record signing.

Winger Pepe has struggled to live up to the fanfare that followed his megamoney move to the Emirates Stadium from Lille.

His performance in Arsenal’s 1-1 draw at Manchester United on Monday was his latest underwhelming display, after which the 24-year-old said: ‘It has not been easy. My stats have not been good enough or my usual performances’. 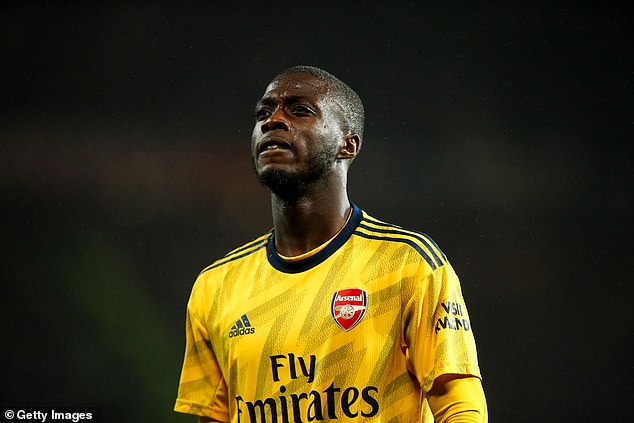 The expectations on Pepe are inevitable given his massive transfer fee, though he may not start Arsenal’s Europa League clash against Standard Liege on Thursday.

‘The players are here because they deserve to be and they are privileged to be here. 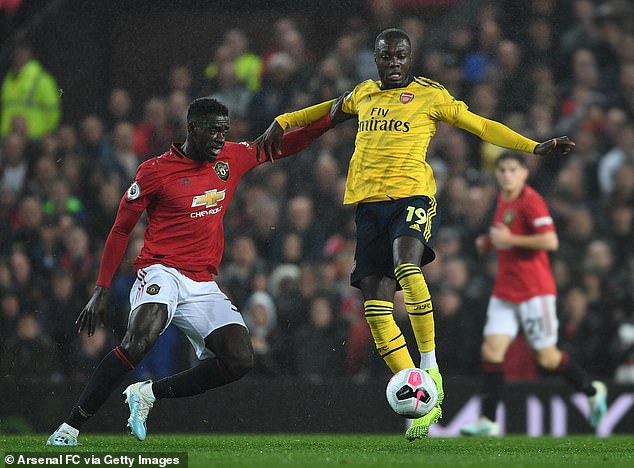 ‘That privilege brings pressure, of course. But it’s positive.

‘Not for the salary, not for how much the club paid for him. No, no, no. It’s because we need to achieve a good performance, individually and collectively. We need to be very demanding of ourselves, but it’s positive.’

Despite Pepe’s slow start, Emery has backed the Ivory Coast international to come good, saying: ‘I am sure that Pepe is an amazing player.

‘A lot of players when they came here, the first month, the first year is not easy for them. But I am going to work with him, to make it easier for Pepe and Dani Ceballos and other players, and carry on, being together and be strong.’