Eden Hazard can win the Ballon d’Or according to former team-mate Yohan Cabaye, who labelled the Belgian the best player he has played with.

The pair are both graduates of Ligue 1 club Lille’s youth system, and spent four years together in the first team there before Cabaye moved to Newcastle in 2011, with Hazard switching to Chelsea a season later.

Now in his seventh season at Stamford Bridge, Hazard has won two Premier League titles and the FA Cup with the club, as well as the 2013-14 PFA Players’ Player of the Year. 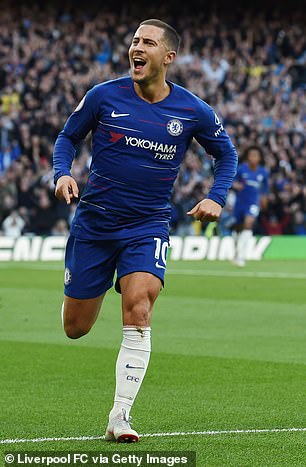 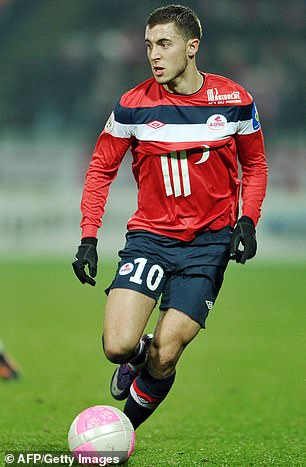 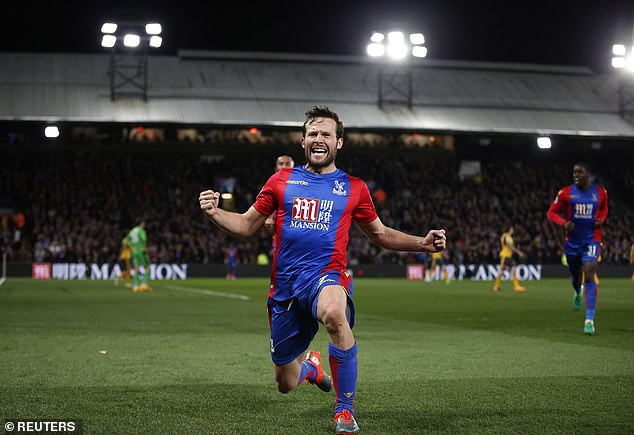 And after a blistering start to the season, which has seen the 27-year-old net eight goals in 11 games, Cabaye has backed Hazard to take his seat at the top table.

Cabaye exclusively told Sportsmail: ‘Eden, even back at Lille, he was a young player but he still had that quality that made him so special.

‘I would say he is the best I have played with. He has so much quality and you see that every time he plays.

‘He has the capacity of course to win the Ballon d’Or, he can be a winner in the future if he keeps it up.’

Cabaye also pointed to one former Premier League boss as particularly influential on his career.

Under Alan Pardew, Cabaye helped Newcastle to a remarkable fifth-placed Premier League finish in 2013, while the pair also reached the FA Cup final with Crystal Palace in 2016. 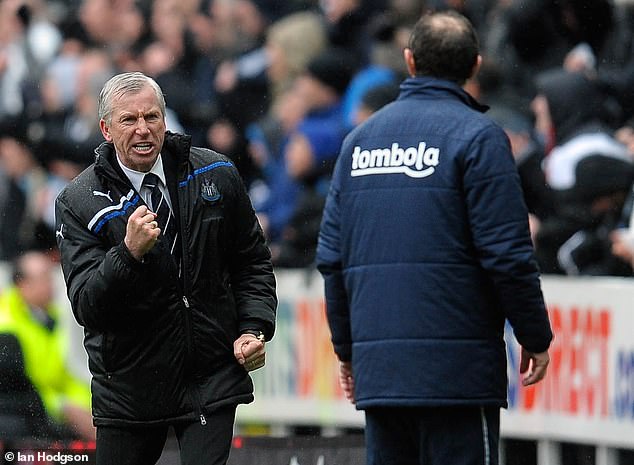 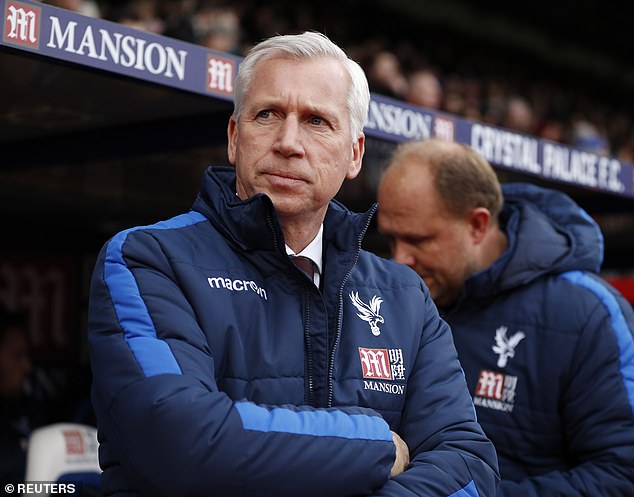 And Cabaye highlighted the 57-year-old’s man management skills as key during their two spells together.

He said: ‘Alan is an important person for me; he gave me the chance to play in England and that is something I will never forget.

‘He always tried to know if you were OK both in and outside football, to be in the best mentality to play.

‘There are some games where his speeches made the difference. The way he could motivate his players was something special.

‘Against Manchester United in that first season he gave me some strong words and as a player when he tells you those words that can give you extra power and energy.’

Yohan Cabaye believes Newcastle will secure Premier League survival despite picking up just one win in their opening 11 league games.

Cabaye, who starred for the Magpies between 2011 and 2014, was part of the Crystal Palace side that lost seven straight games at the start of last season but improved to finish 11th in the table.

And the Frenchman feels Newcastle can turn their season around following the victory over Watford. 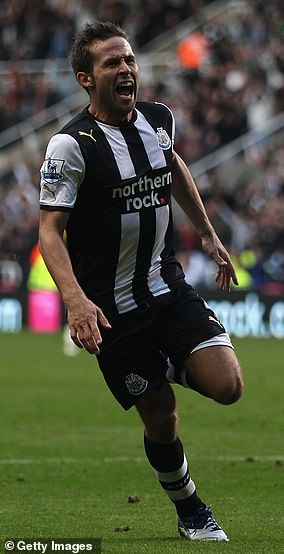 ‘You need to keep the same mentality to work and give the player confidence.

‘You can be a good player with good quality but if you do not have confidence it can be difficult, really difficult.

‘For sure they have quality in the team, so for me I am confident the results will turn around.’

Cabaye, 32, left the Eagles in the summer after three years to join Dubai-based Al-Nasr, opting to join them despite having offers to return to France.

Al-Nasr themselves endured a four-game losing run at the start of the season but are now unbeaten in three in the Arabian Gulf League.

The former PSG man insists he is enjoying life in the Middle East, despite the conditions being somewhat different to those he experienced in England.

He said: ‘The weather was hard to deal with at the beginning but I didn’t want to complain or use this as an excuse.

‘For me I have always played in the north of France or England, so it has been different.

‘I was happy to come here and play in warm weather but I didn’t expect it to be this warm.

‘I have seen pictures of us training years ago in Newcastle and it is totally different – everyone had scarves and coats on!’

‘But I am happy, we have found a place to live and as long as my family are happy then I am happy. It makes it much better having them here.’ 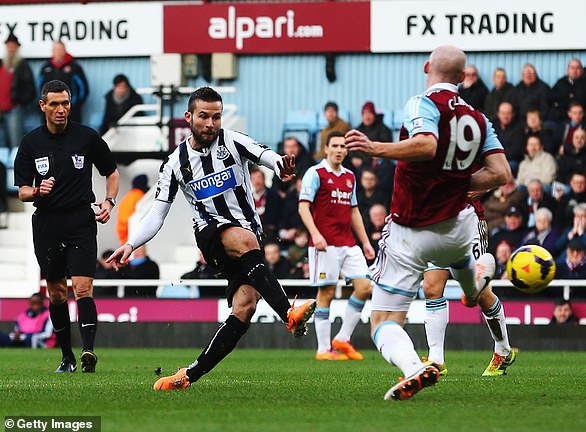 While the Frenchman was settling into his new club, his country claimed World Cup victory in Russia.

Cabaye won 48 caps and scored four goals for his country since his debut 2010, with his last appearance coming during Euro 2016, but insists he has no regrets over missing out on the summer’s triumph.

And now having left the Premier League for seemingly the last time as a player, Cabaye reflected positively on his time in the UK.

He said: ‘It is not easy to adapt yourself to English football, it is totally different to French football I am proud of my time there and in France and also with my national team.

‘I worked really hard to have those memories and in my time here, I can only be proud of what I have done.

‘There are some good, good memories: the FA Cup final in 2016, the year we finished fifth with Newcastle and playing in the Europa League will stay with me.’

Pardew also features in one of Cabaye’s best memories in football, Crystal Palace’s 2-1 extra-time defeat by Manchester United in the 2016 FA Cup final.

The Eagles had taken the lead late on through Jason Puncheon, and Cabaye remembers vividly his boss’ eccentric celebration on the touchline.

Cabaye said: ‘His dance after the goal in the FA Cup final, it wasn’t something arrogant, but it was all him.

‘He lives for the moment and he is happy and that is the way he enjoys the moment.

‘Unfortunately we didn’t win but it was such a special moment and it was typical of him.’ 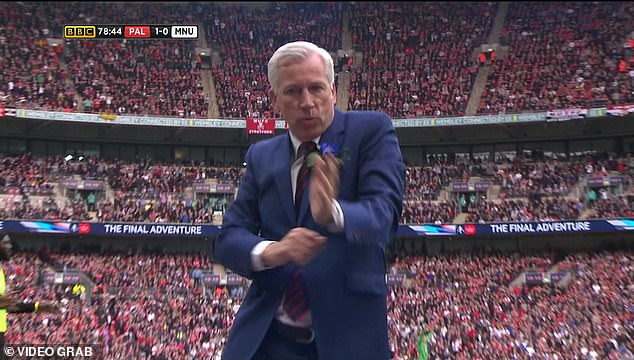 While Pardew remains a pivotal figure for Cabaye, he named current Leicester boss Claude Puel, who coached him at Lille, as the best boss he has played under in his career.

He said: ‘Claude was unbelievable for me. He made me the player I am today but also the man.

‘And that is really important when you are young, that a coach will trust in you. It’s always a pleasure for me to see him and to sit and have a chat with him.’ 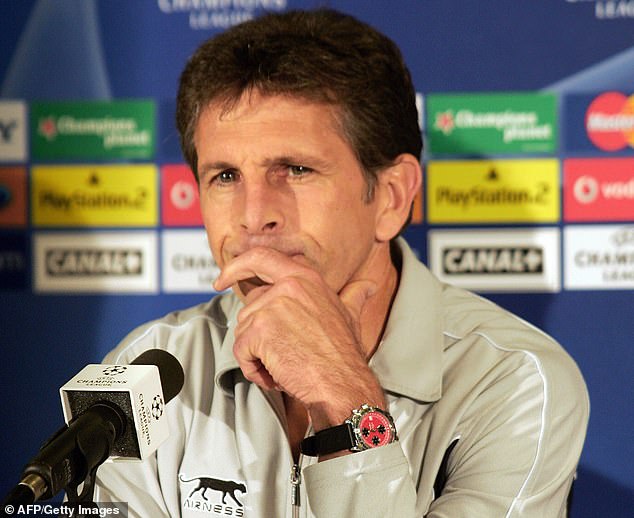 The Frenchman also admitted that management holds an increasing appeal to him as he nears the end of his playing days.

Cabaye revealed that he has started to view games differently as he reaches the end of his career.

He said: ‘It’s something I’m really interested in when I watch football games.

‘I like to see which manager is on the sideline, what they bring when they change a player, how they change it game by game.

‘Sometimes I lose my focus, but I try to watch games like this now.’