Eden Hazard is hoping to kickstart his Real Madrid career when he takes on former club Chelsea in the Champions League semi-finals tonight. The Belgian forward has struggled to adjust to life in La Liga following his blockbuster move in 2019.

Injuries have plagued the 30-year-old but he has also failed to take the limited chances offered to him at the Bernabeu.

Hazard’s former agent, John Bico, feels that being brought in to replace Cristiano Ronaldo was a step too big for the forward.

“It was a mistake to go to Real [Madrid] at that time, it was a choice from the heart but for no clear reason,” Bico told Derniere Heure.

“He should have left a year earlier. Going [to Real Madrid] after [Ronaldo] is like climbing the Himalayas with bare hands. 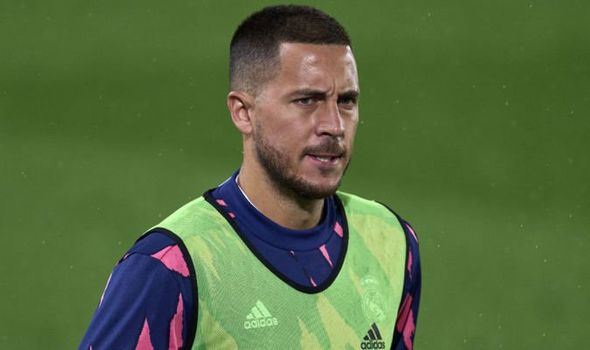 “I would have discouraged him by telling him to go to Madrid the year before.”

Hazard was attracting interested from some of Europe’s biggest clubs after dazzling in the Premier League.

And Rico, who stopped representing Hazard in 2013, reckons his former client’s skilful talents would have been more suited to Barcelona.

“People do not realise and forget the size of this club, who have a style that demands a lot of physicality in terms of pace and intensity,” he said.

“Talents like James [Rodriguez] have not been able to adapt. At this point, Eden is not a Real Madrid player, rather a Barcelona player.

“Barcelona is where he should have gone, where the ball runs faster than the players.

Meanwhile, Real boss Zinedine Zidane has backed Hazard to turn it on against Chelsea. 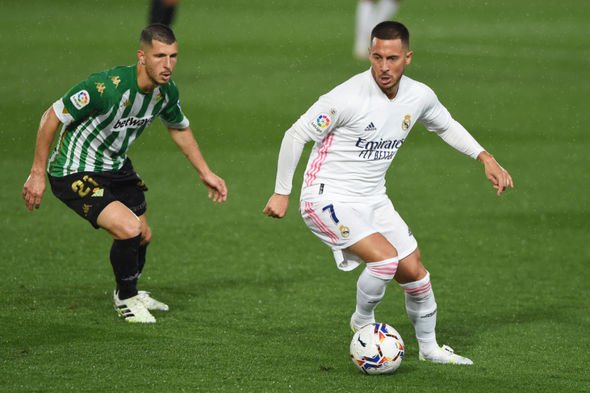 “I don’t see Eden having any doubts. He looked very good on the field the other day,” Zidane said.

“That was the most important, not feeling anything from his old problems.

“Now he is good, and now to push on. We are happy to have him with us, he will bring a lot to the team. Now he is with us, he is also happy because he is going to contribute to the team a lot.”